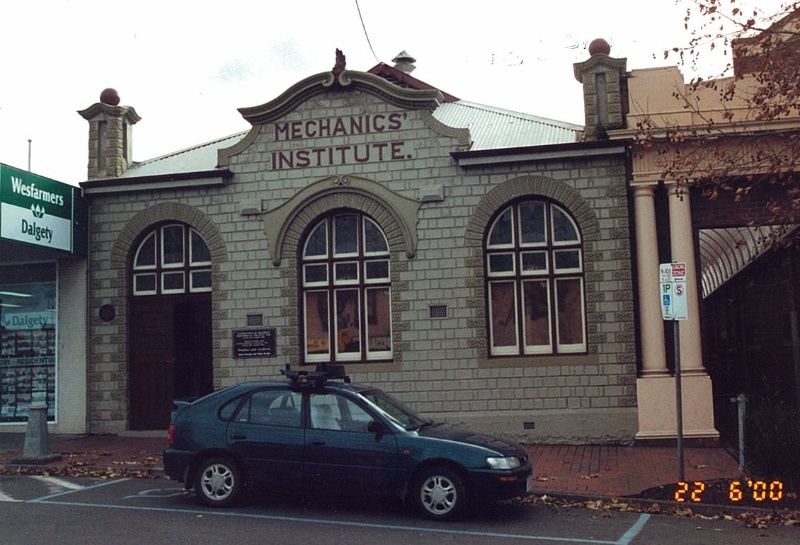 What is significant?
The former Leongatha Mechanics' Institute Library & Billiard Room, designed by H.V. & A. Champion and constructed by Loring & Speers in 1911-12 at 10 McCartin Street, Leongatha.

Why is it significant?
The former Leongatha Mechanics' Institute Library & Billiard Room is of local historic, aesthetic, technical and social significance to South Gippsland Shire.

Aesthetically, it is a notable example of early 20th Century Federation design, unusually and effectively employing concrete blocks in Classical detailing. It is an integral and notable part of the highly important group of civic buildings that are an essential part of the historic character of Leongatha. (AHC criterion - E.1)

Technically, the building is notable for its early use of concrete blocks, also for the technique of precast river reed reinforced plaster block used in the construction of the walls. This latter technique is unique within the Shire, and possibly also the State of Victoria. (AHC criterion - F.1)

Socially, it is significant as an important early education facility in the Leongatha region