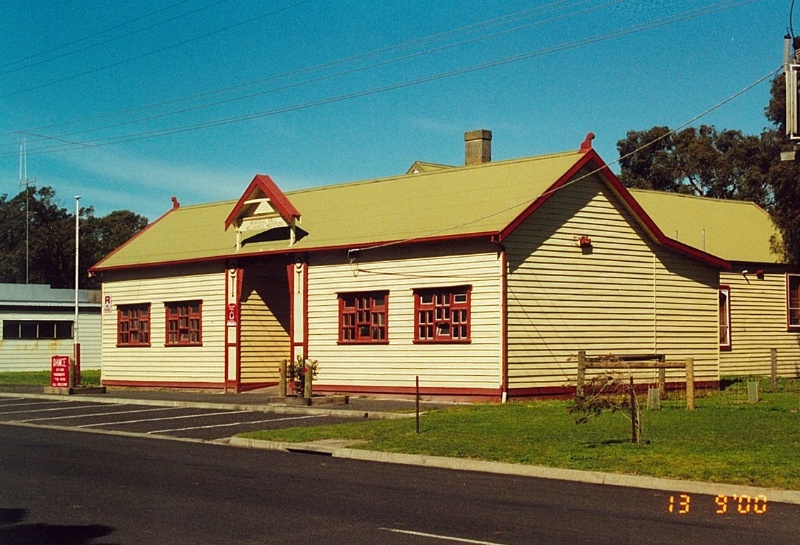 What is significant?
The Tarwin Lower Memorial Hall, constructed in 1890 and extended between 1926-33, at River Drive, Tarwin Lower.

Why is it significant?
The Tarwin Lower Memorial Hall is of local historic, social and aesthetic significance to South Gippsland Shire.

Historically, it is oldest extant Mechanics Institute Hall in the Shire and is important for its ability to illustrate the early development of the Tarwin Lower district. It is also significant as a memorial to residents of the local area who served in World War 1. (AHC criteria - A.4 and D.2)

Socially, the Hall has played an important part in the development of the Tarwin Lower community and is an integral part of the identity of the local area. (AHC criterion - G.1)

Aesthetically, it is significant for the unique treatment of the front elevation of the 1926 addition, which combines the unusual division of windows with heavy geometric frames and sashes and the notable entry with its projecting pediment above the roof plane. It is the most architecturally notable of all of the small halls of the Shire, particularly those where additions were made to the original small rectangular plan. (AHC criterion - E.1)