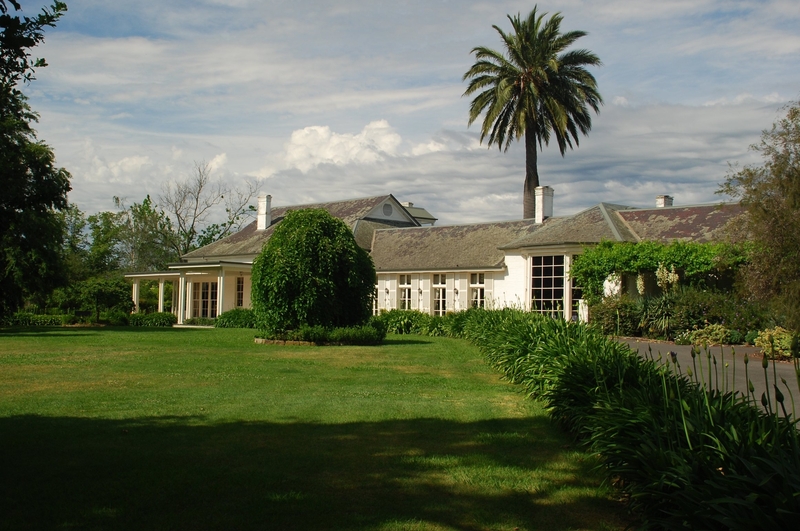 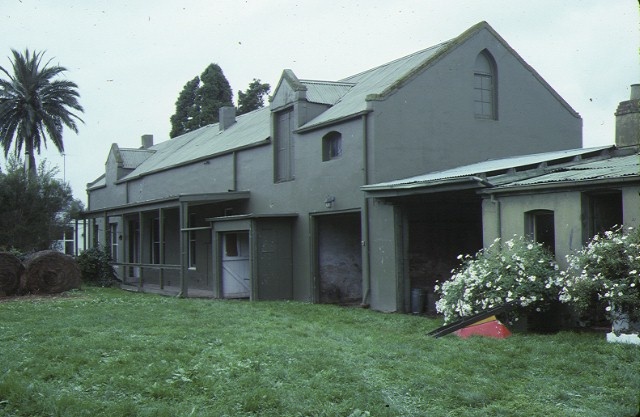 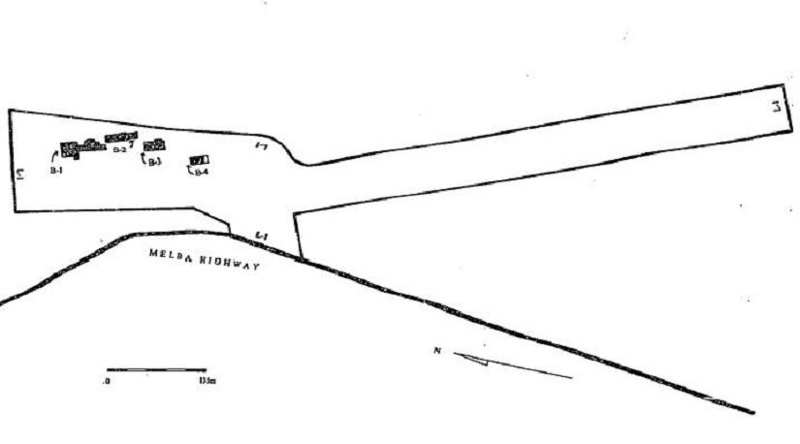 Chateau Yering, known originally as Yering Station, was established in the late 1830s, by prominent settlers William Ryrie and his brothers Donald and James. Paul de Castella purchased the property in 1850 and developed it as a successful vineyard. The homestead complex remains today, beneath an overlay of alterations and additions, with a fairly intact southern plan form, some original walls, doors and joinery, partially intact detached kitchen and some original fire surrounds. The brick winery building essentially retains its original form, although there have been some alterations and additions. The brick stables in their linear plan form, (now converted into flats), remain with a two-storey stable section and an upper level hay loft; the southern single-storey section appears to have contained various workshops and stalls.

The corrugated iron clad 'milking' shed retains its original plan form and is a rectangular structure with central nave and two side sections.

Chateau Yering is significant for historical and architectural reasons.

Chateau Yering is of historical significance for its place in the history of viticulture and winemaking in Victoria. It was the first known vineyard in Victoria, vines having been planted there in the late 1830s. The property's first owner, William Ryrie - with the help of Swiss vigneron, James Dardel - is also thought to have produced the first wine made in the state. From these beginnings, and under the management of its next owner, Paul de Castella, Chateau Yering developed into one of the most successful nineteenth century Victorian vineyards, receiving local and international recognition for its table wines. For most of the 19th century Yering was the largest vineyard in the Yarra Valley and played a significant role in viticulture in the district until the end of the century.

Chateau Yering is of architectural significance as an example of an 1860s pastoral and viticultural complex comprising homestead, stables, winery and shed. The buildings of Chateau Yering, in their form and layout, lend an understanding to the process of winemaking and to early agricultural pursuits. The Yering homestead is an unusually planned domestic dwelling which demonstrates a changing sequence of occupation over a 145 year period.