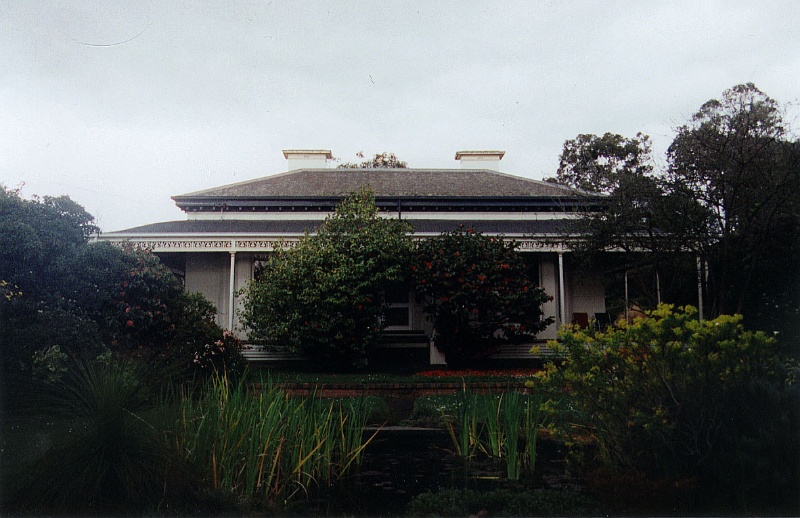 The earliest section of Cintra, dating from c.1872, is one of Heidelberg's earlier residences and perhaps the second oldest in the Government Warringal Village. It is externally substantially intact, and the plan form, with a symmetrical entrance elevation and encircling cast iron verandah, is typical of the period. Cintra was the former residence of Arthur Green, Bishop of Melbourne.