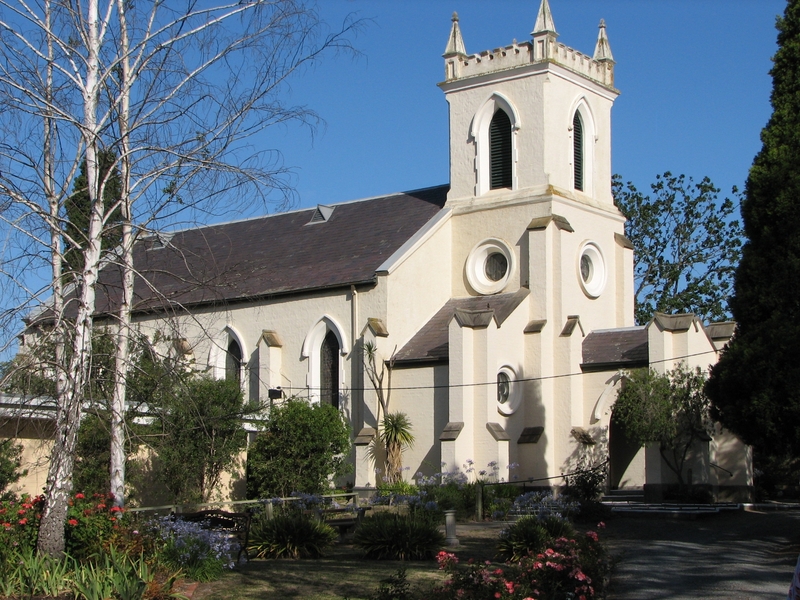 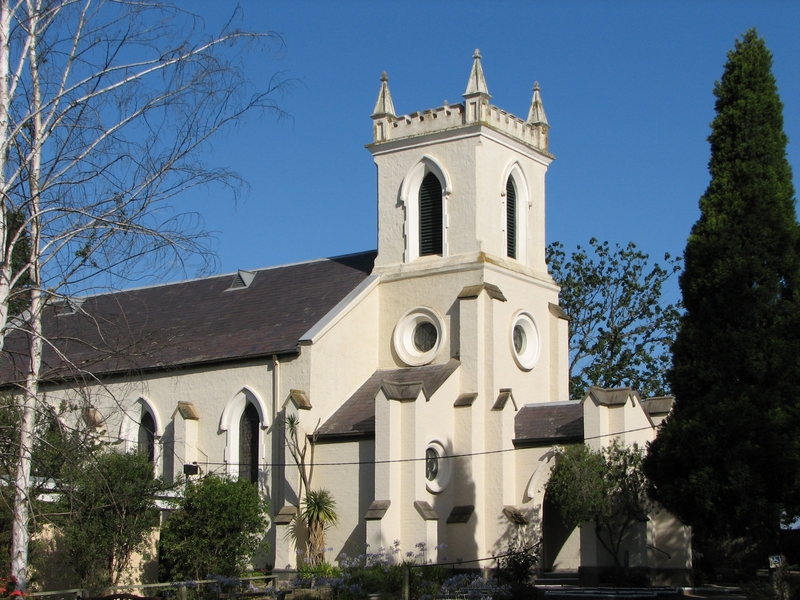 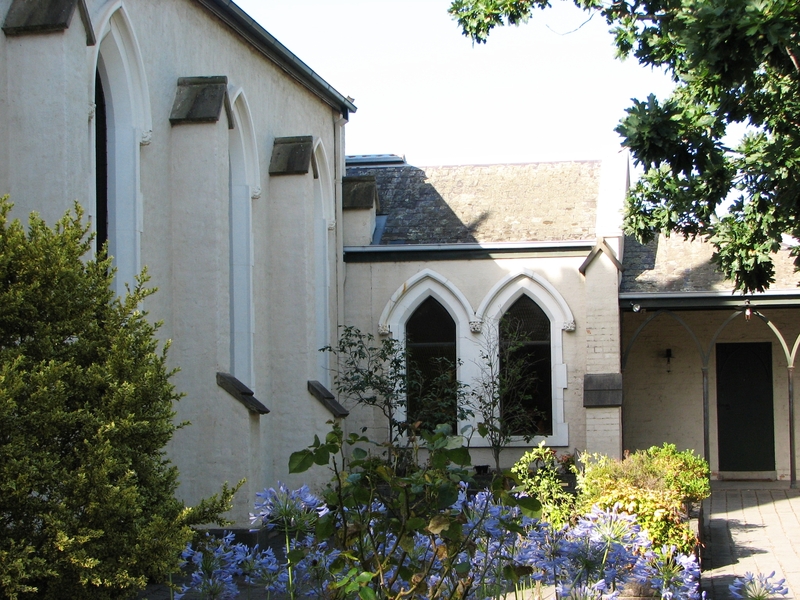 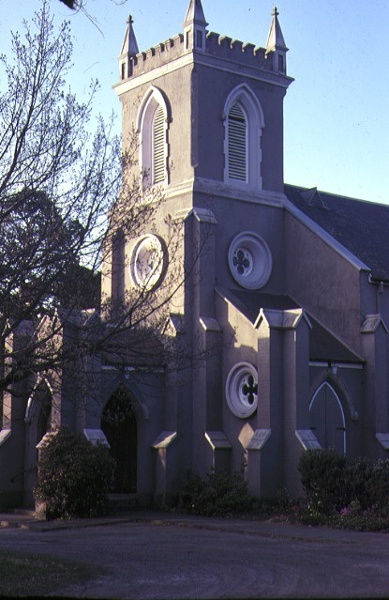 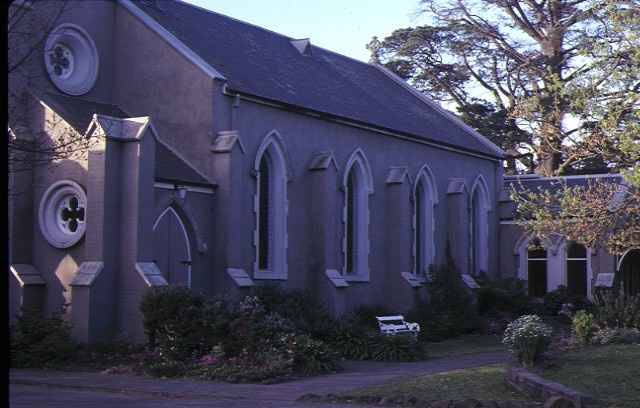 The founding of St.John's church is closely linked with the beginning of Melbourne town and the records contain fascinating descriptions of the varied life in that town and in the village of Warringal, later to be known as Heidelberg. The lovely river valley attracted all kinds of settlers, amongst them three well known personalities of early melbourne who became the first trustees of St John'schurch: David Charteris Mcarthur of "charteris- ville" was known as the"father of victorian banking", Joseph Hawdon an explorer and first overlander from Sydney who built banyule home- stead and Dr Robert Martin, JP., squatter and overlander who resided across the river at "View bank". Foundations were commenced in 1849 and the foundation stone-presumably the one marked "j.w. 1850" at the front of the church was laid the next year.
This stone, we believe, is the oldest engraved stone in Melbourne. The architect was Mr G.R. Cox and the contractors, snowball and Atchison. The building was completed by April 1851. During 1965 the old St John's church was transformed by a complete restoration project which included the addition of side chapel, vestries, porches, gallery and extensive alterations to the interior design of the building. The necessity for this project was due to the rapid deterioration in the fabric of the old building. The design of the church is simple and unpretentious even after the extensive additions of1965. The nave and chancel are of handmade brick with lancet windows in early english gothic style, a square tower surmounted by four pinnacles being the main feature. The new facing preserves the old brick work and also ensures a uniform appearance. The interior of the church impresses by its simple beauty and is characteristic of early colonial churches. The windows are extremely colourful and significant. The finely executed and attractive woodwork (as much now as old) blends in harmony with the rich carpet and the plain walls.
The original furnishings in singapore cedar were all used in the re- designed interior of 1965. The tower houses the bell (pealing since 1852) and the organ, and is therefore not accessible as a viewing point.