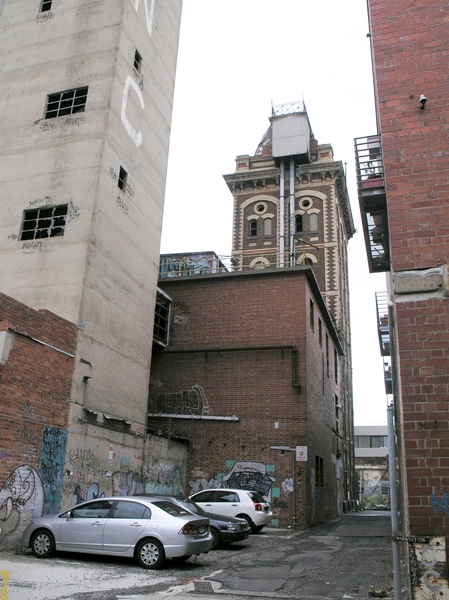 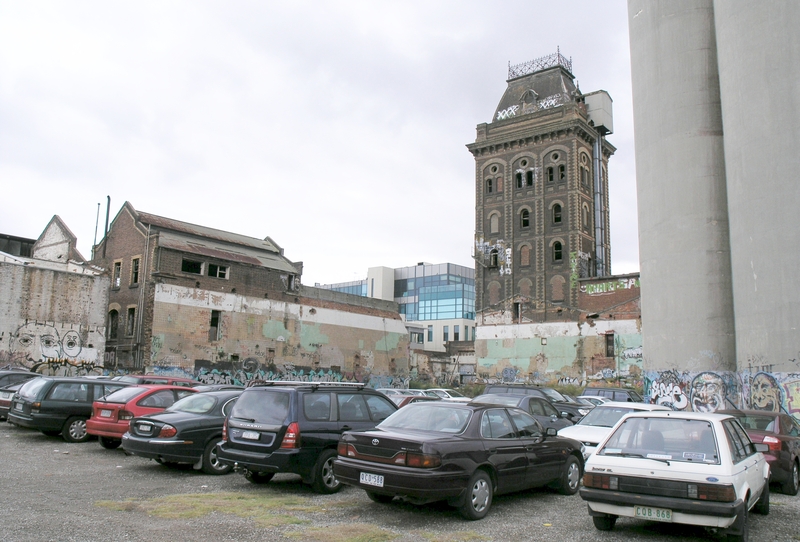 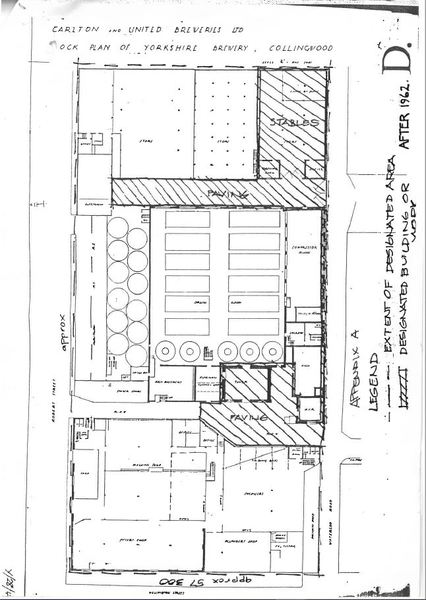 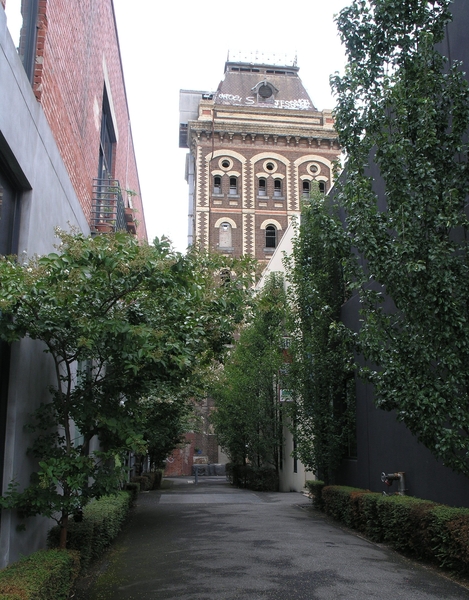 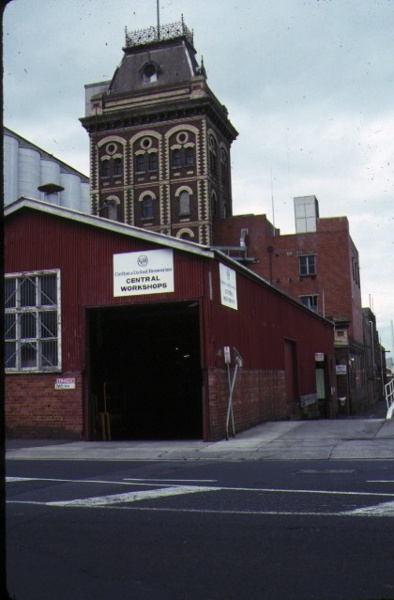 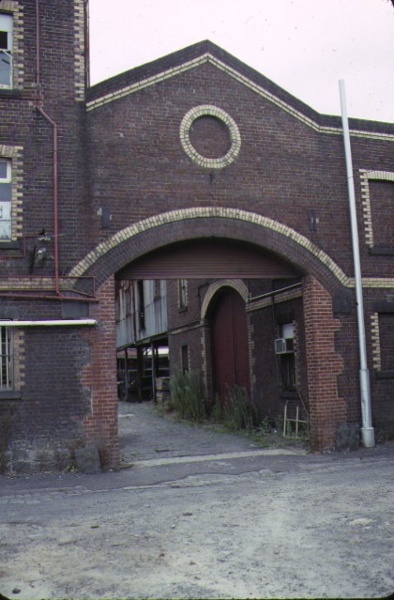 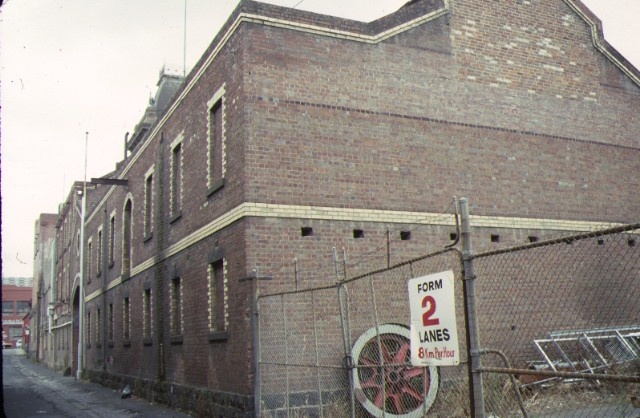 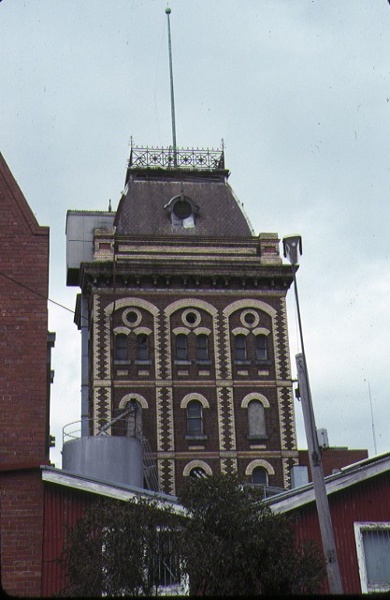 The Yorkshire Brewery was established in 1858 by John Wood who commenced operations in a timber building on a two acre site. Wood, a former builder, lived on site and also owned the Yorkshire Hotel. In 1875 a son, the engineer and architect James Wood, prepared drawings for the present complex, the foundation stone being laid in 1876. The most prominent feature of the complex was a multi-level polychrome brick tower with a large mansard roof and a viewing platform. This still survives. A smoke stack has since been demolished. The Yorkshire Brewery became a major Melbourne brewing enterprise which obtained prizes for ale and porter at the Melbourne Centennial Exhibition of 1888. Significantly, it was located in Collingwood, the centre of the brewing industry, the complex experienced numerous changes of ownership but maintained its identity in the early twentieth century period. This period saw amalgamations and an overall reduction of breweries in Melbourne. The Yorkshire Brewery was purchased by the dominant Carlton and United group in 1909 and used as a standby plant, then a cooperage. In 1954 it became a malt house. The complex survives as a substantially intact large mid-Victorian brewing complex consisting of a brewing tower, brewery cellars and former stables, with additions. Its significance is summarised as follows:

* for comprising remnant elements of a large nineteenth century brewing complex, including a brewing tower, adjacent buildings and stables.

* as a complex expressive of the first generation of industrial development in the Collingwood area which was noted for its manufacturing activity in the nineteenth century.

* as the most notable surviving brewery complex in the municipality of Collingwood, a district noted for its breweries in the nineteenth century and for reflecting the development of the brewing industry from the early days of the existence of the colony of Victoria.

* a notable work of the architect James Wood

* as expressive of the nineteenth century brewing process

* as a colonial echo of similar structures in Great Britain

* as a vantage point and symbol, and one of the tallest structures in the district in the nineteenth century

* for its architectural detail, including polychrome brick and a mansard roof, the only substantially intact example remaining in Victoria of a feature typically associated with nineteenth century brewing towers

* as an example of French "Second Empire" architectural style

* for comprising one of the few surviving nineteenth century stables associated with a large manufacturing complex.

* as an archaeological site which may reveal further evidence of industrial processes, buildings and activities on the site, including the Yorkshire Hotel and other properties owned by John Wood.