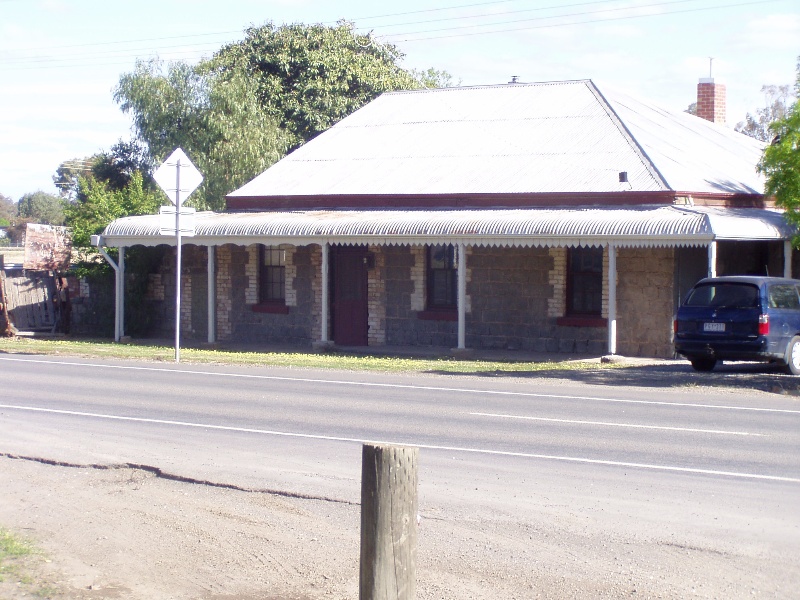 The former Raglan Hotel is of local historic and architectural significance to the City of Greater Bendigo.

The former Raglan Hotel is historically significant as a nineteenth century hotel built in a country town during the early gold rush era. As one of the first hotels built in the fledgling township of Axedale, the former Raglan Hotel is historically important as for its association with naming of the former Hotel after Lord Raglan is also important for its association with Crimean War.

It is also historically important for its ability to demonstrate the tensions between the Catholic and Protestant communities. The bullet holes extant in the fabric of the former Hotel, are supposedly the remnants of the ongoing feud. The many changes in ownership and publicans may reflect changes in social circumstances or financial inability to improve their facilities. Criterion A

The former Raglan Hotel is a relatively unaltered bluestone building with decorative sandstone window dressings. The unusual hipped and gable roof adds to its architectural [aesthetic] significance. Although the verandah is an addition, the roofline and facade form an important streetscape element. It is located opposite the AxedaleTavern and the two hotels form an important component of the township. Criterion D

The former Raglan Hotel is socially significant as an example of the social traditions of a mining and farming community, providing a meeting place and also accommodation for travellers. Criterion G