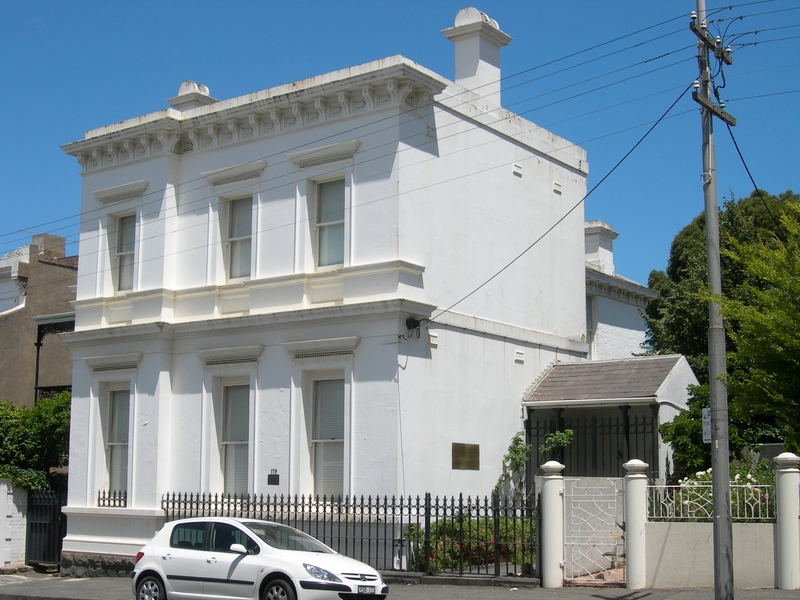 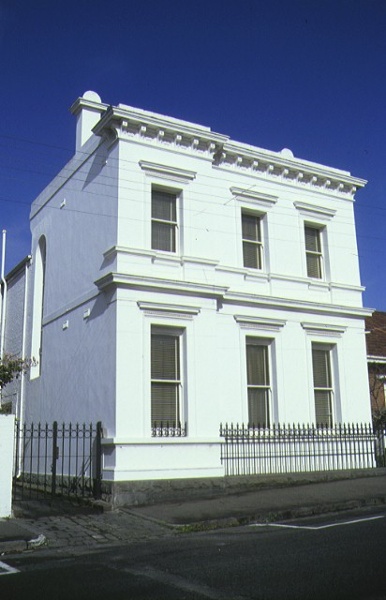 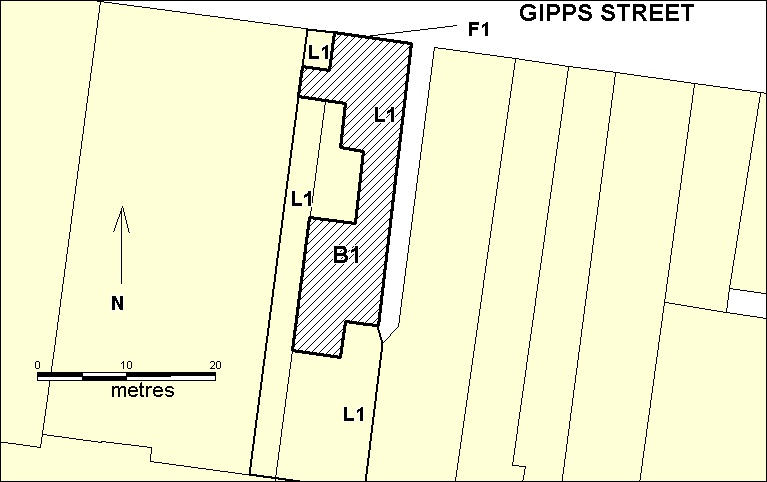 The town house at 179 Gipps Street was erected in late 1860 or early 1861 for John Thomas Greenwood by builder S Ward. The house is a two storey brick structure on bluestone footings with tiled roofs. The original c1860 section of the house now lies directly behind an 1881 addition attributed to architects Terry and Oakden built during the occupancy of Hon. R. Ramsey MLA, Chief Secretary. Other documented additions took place in 1862 and 1869, substantially enlarging the original house. The main stages of construction are generally understood in the layout of the house.

In the 1890s a thin strip of land was purchased from the adjacent Deanery allowing the addition of a porch area to the main entrance. The strip of land facilitated a courtyard area on the west side of the house, formed by a three sided verandah. The verandah sits on wooden columns, one of which is carved with an Ionic capital.

The rear part of the house was used as a girls' school, known as Ormiston College, from 1868-71. Part of the rear section of the house has been known as the gymnasium, possibly a reference to the time of the college.

The house was occupied for a while by Constance Stone. In 1890 Stone was the first woman to be registered as a medical practitioner in Australia. She was the first president of the Victorian Medical Women's Society, which later established the Queen Victoria Hospital, home of Melbourne's first ante-natal clinic and staffed entirely by women.

The house was converted to a boarding house in 1921 and was partitioned into four flats. It reverted to a single unit in 1957. The original main staircase was removed in the 1950s and a new stair installed in a different position. A verandah in the side courtyard survives although a longer side verandah to the laneway was also removed in the 1950s. The rear roof top has a lookout known as a widows walk. Stables at the rear have been replaced by a garage. The iron palisade front fence is compatible with the main facade, possibly also dating to 1881.

The town house at 179 Gipps Street is of architectural and historical significance to the State of Victoria.

The town house at 179 Gipps Street is architecturally significant as a substantial East Melbourne town house. It is significant for its associations with the prominent architectural partnership of Terry and Oakden, who were responsible for the front addition in 1881. This elegant facade demonstrates the restraint still apparent in domestic architecture shortly before the advent of the so-called boom style.

The house is historically significant for its association between 1871 and 1882 with Hon. R. Ramsey MLA and Chief Secretary. During his occupancy of the house Ramsey was Minister for Education, Postmaster-General and MLA for Bourke.

The house is historically significant for its associations during the early 1890s with Constance Stone, a pioneer woman physician in Australia.

The house is additionally historically significant as an example of an inter-war boarding house, demonstrating a common use of large East Melbourne mansions during that period.