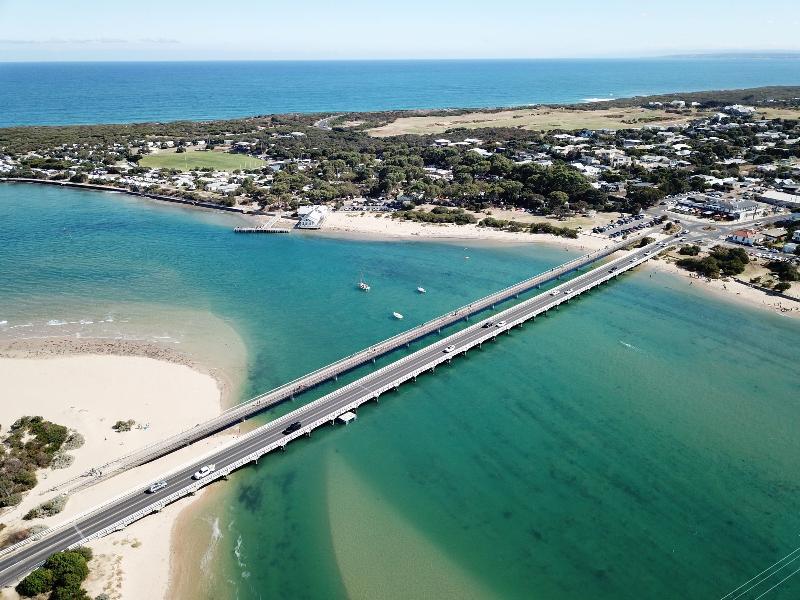 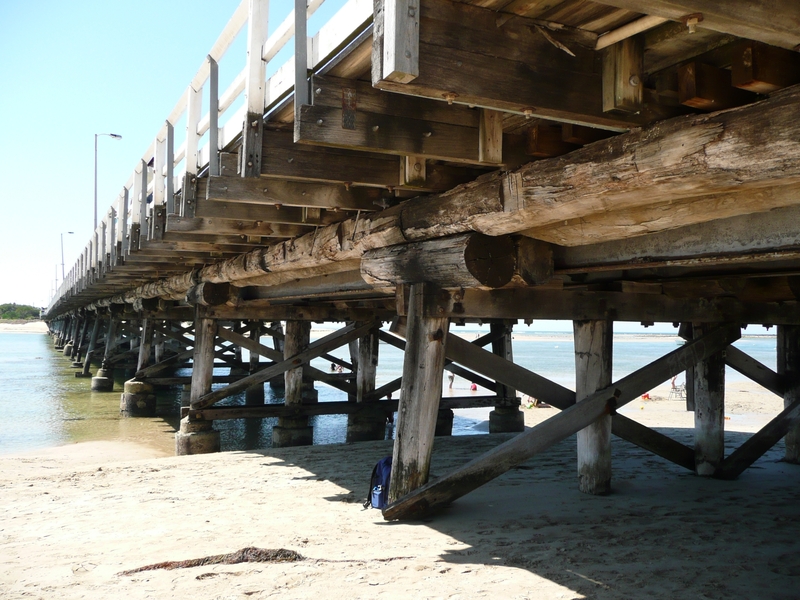 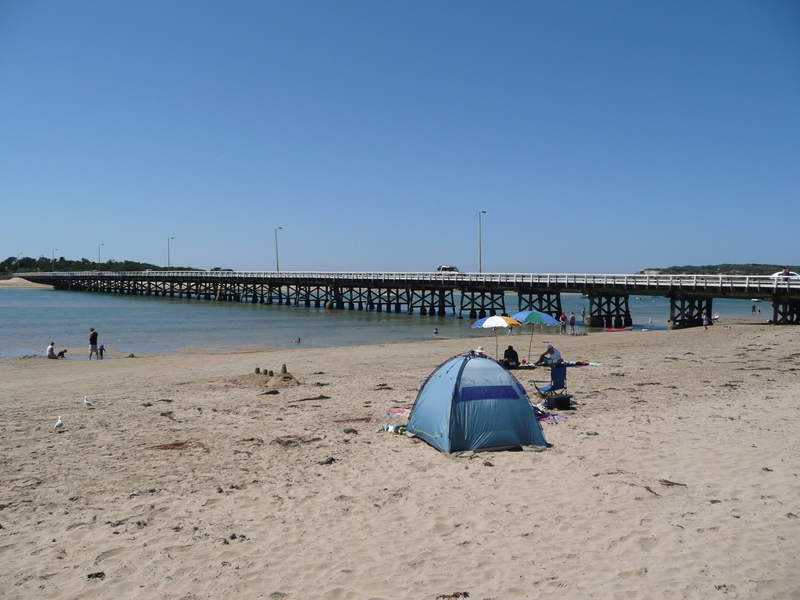 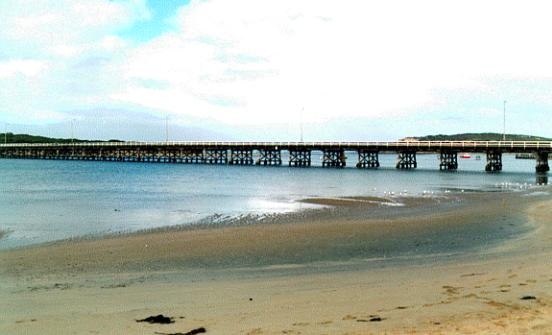 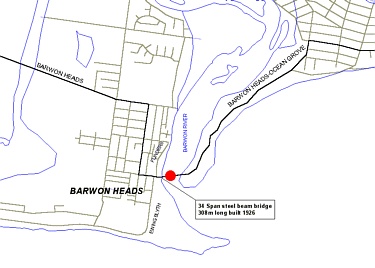 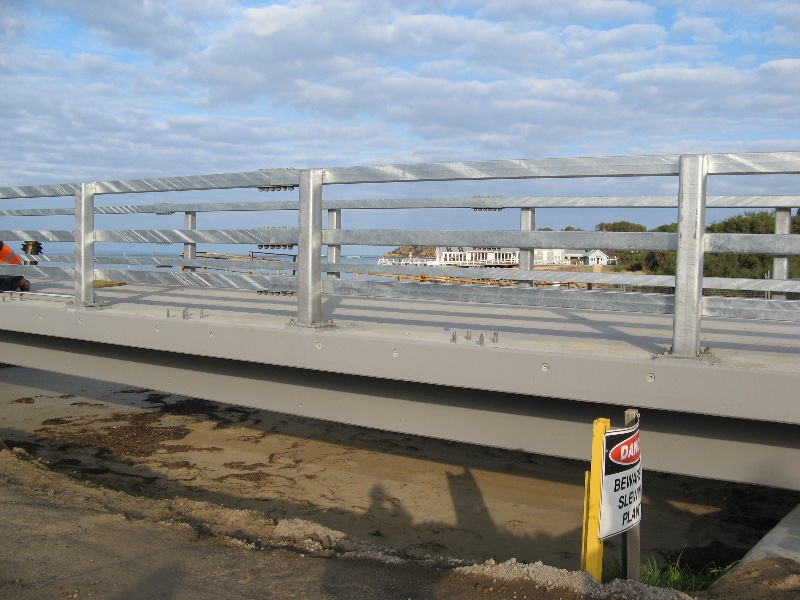 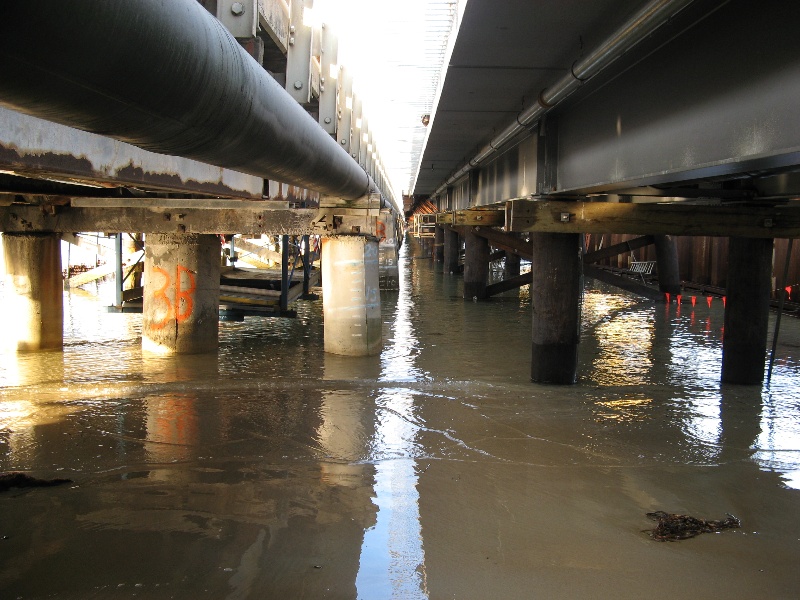 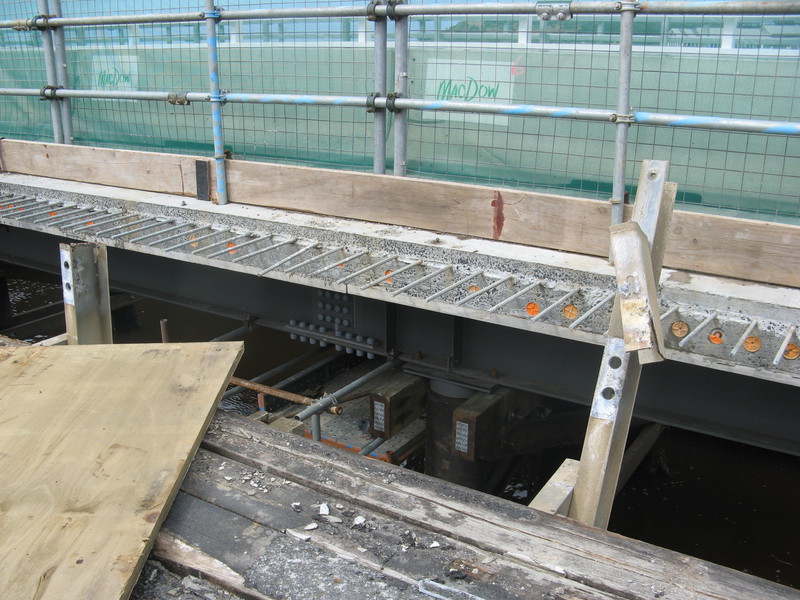 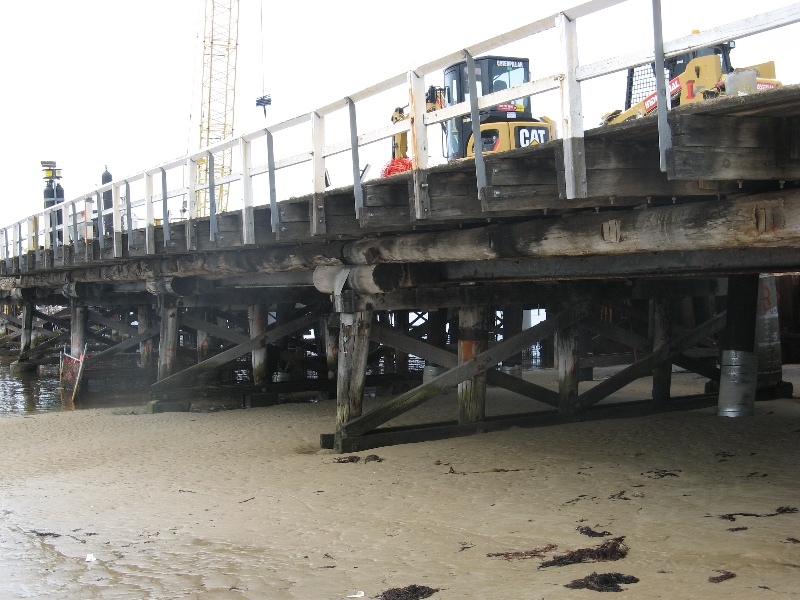 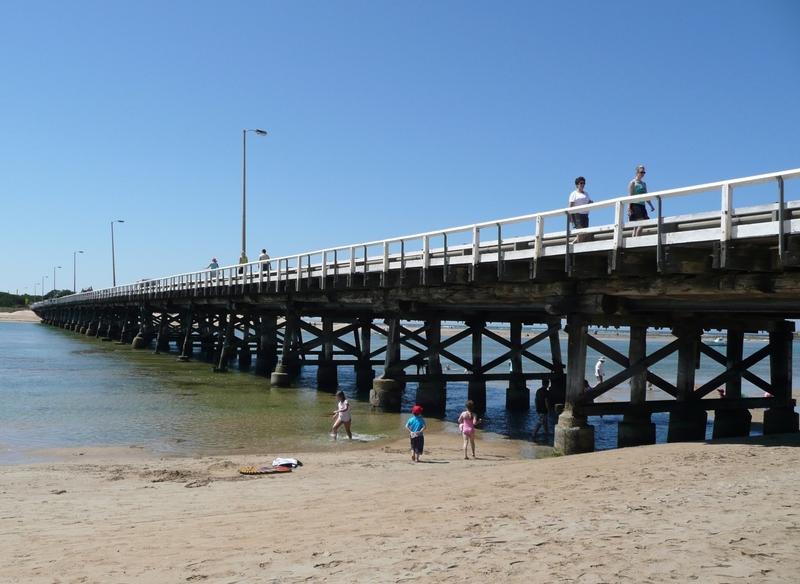 What is Significant?
The Barwon Heads bridge is an exceptionally long timber beam road bridge of 34 spans built over the Barwon River estuary at Barwon Heads in 1927. Despite recent modifications such as the discreet addition of some steel beams and a 7.3 metre wide concrete and bitumen deck that better meets contemporary traffic needs, the bridge retains much of its historical integrity. The sympathetic modifications have preserved the essential form and aesthetics of a traditional timber bridge with its original driven-pile timber piers, twin pairs of cross-bracing, round timber corbels, old timber stringers, timber crossheads, timber abutments, and timber side railings. A major consideration in choosing the site for this bridge was its proposed tourist function and the desire to provide scenic views of the ocean and broad Barwon River estuary. Set amongst attractive sand dune vegetation at its eastern end, it provides an impressive and aesthetically-appealing profile when viewed from the river banks and is an historic gateway to the town. The bridge forms a link between major Victorian recreational and tourist districts.

How is it Significant?
It is of historical, aesthetic, and scientific (technical) significance to the State of Victoria.

Why is it Significant?
It is of historical significance for its association with the Country Roads Board Tourist Road program, a State government-funded initiative that responded to increased motor car ownership and the growing popularity of motor touring during the 1920s. It was a major work in this program, which built some of Victoria's most famous coastal and alpine roads. The bridge was originally planned as a link in a proposed extension of the Great Ocean Road. It is the only surviving large timber bridge associated with the Tourist Road program. It is a rare surviving example of a historic timber bridge whose construction helped to shape a town's settlement.

It is of scientific (technical) significance for its exceptional size, and as the best illustration of sympathetic modifications to a major timber bridge over time. At 308 metres, it is the second longest timber-piered bridge in Victoria and the longest bridge with timber stringers. The only other largely timber bridge of comparable length in Victoria, Kirwan's Bridge at Nagambie (310 metres), has had its original timber stringers replaced with steel beams throughout. The durability of the original Barwon Heads Bridge owes much to research into Australian hardwoods at Sydney and Melbourne Universities during previous decades. The bridge exemplifies the whole evolution of timber bridge construction practice from the 1920s until modern times. No other timber river bridge designed in an era still dominated by horse-drawn vehicles has survived so many modifications to meet changing traffic needs, and yet retains so much of its structural integrity and historic appearance. It is a monument both to the 1920s, and to CRB engineering ingenuity over many decades. It is one of very few CRB timber bridges from the 1920s still in operation.
Show more
Show less
All information on this page is maintained by Heritage Victoria. Click below for their website and contact details.