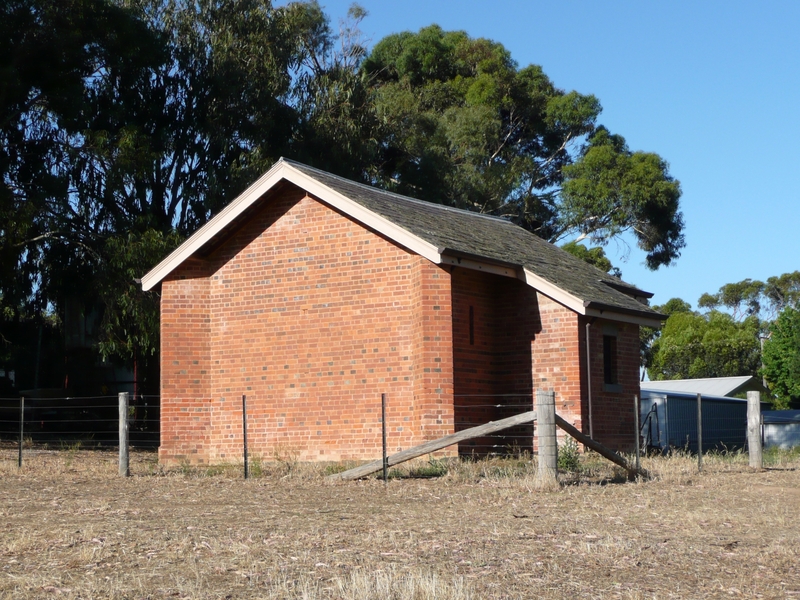 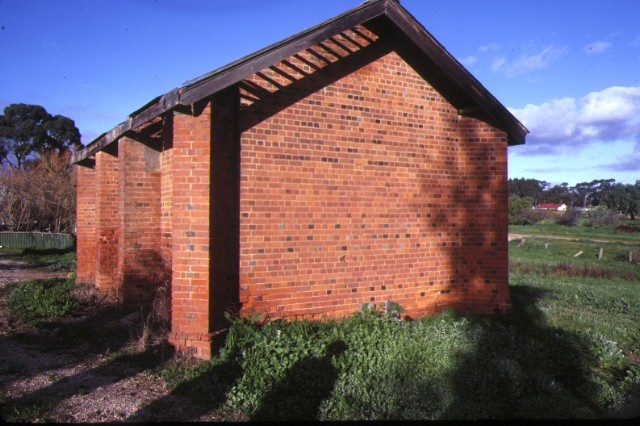 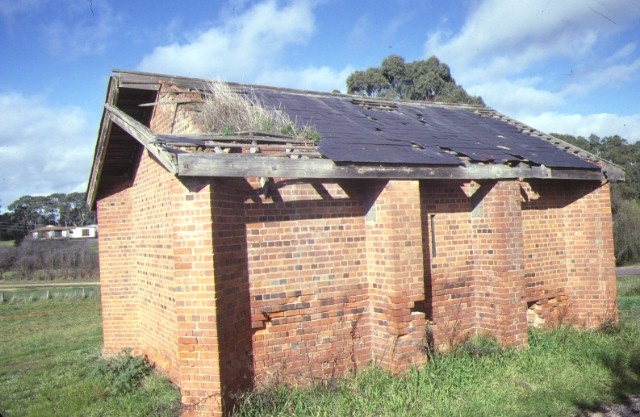 What is significant?
The Powder Magazine, Avoca, built in 1860, is part of a larger justice precinct designed by the Public Works Department and includes the court house (1859), police residence (1859) and lock-up (1867). The magazine, which was designed to exclude all flammable materials and protect the stored materials from weather and dampness, is a rectangular brick building with a deeply overhung gabled slate roof. The building has a small porch in the centre of one facade, narrow ventilation slits and unusual diagonal corner buttresses. The internal ceiling is a brick barrel vault constructed to minimise damage to surrounding areas in the case of explosion.

How is it significant?
The Powder Magazine, Avoca, is of historical and architectural significance to the State of Victoria.

Why is it significant?
The Powder Magazine, Avoca, is historically significant for its early date of construction. The magazine is important for its relationship with the nearby courthouse, police residence and lock-up which together form an example of an early justice precinct. The building, together with the other buildings in the precinct, played a significant role in Avoca's past and has a close association with the area's goldmining history.

The Powder Magazine is architecturally significant as an example of a comparatively rare building type, strongly associated with the goldmining district settlements. The characteristics of the building such as its simple form and vernacular style are important for demonstrating contemporary engineering structure design practice.
[Online Data Upgrade Project 2003]