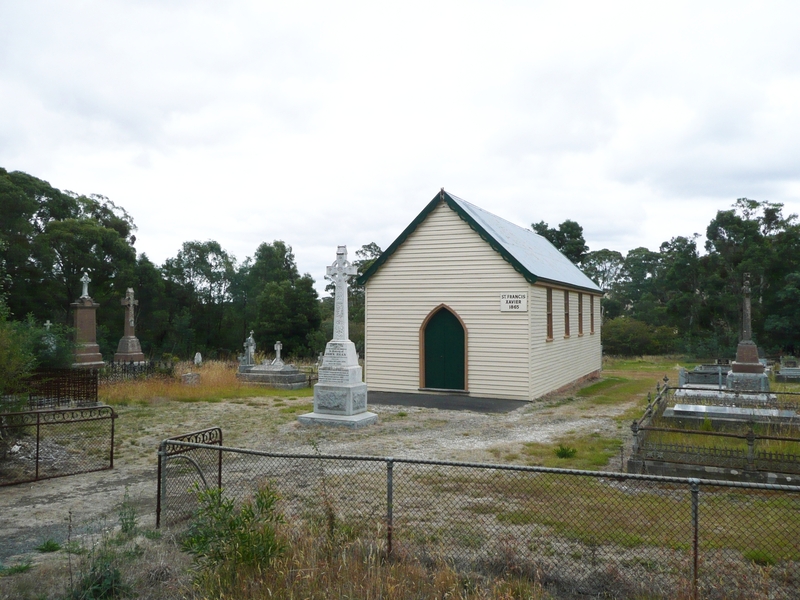 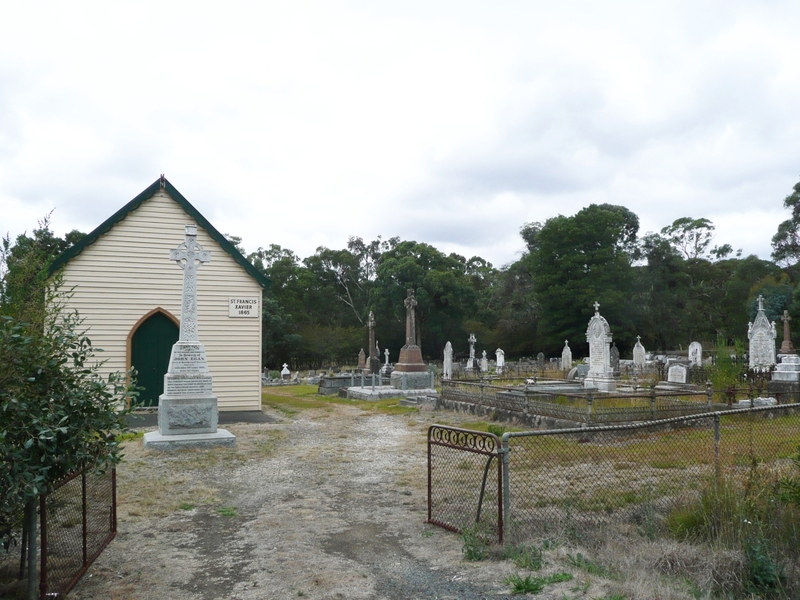 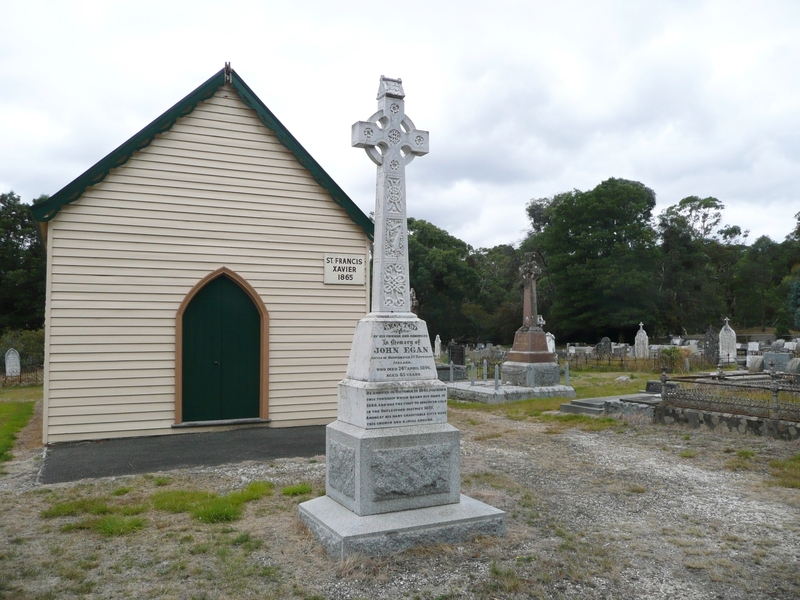 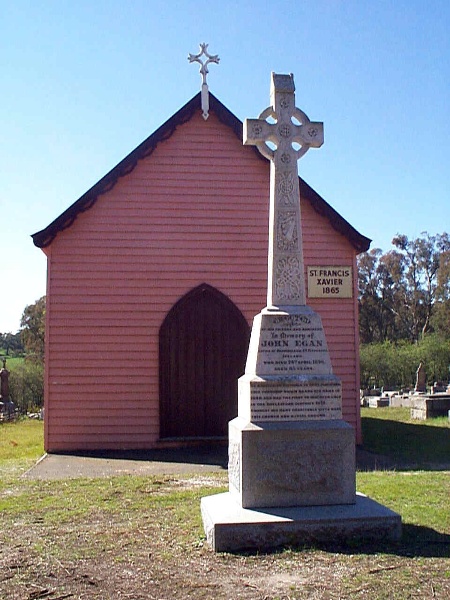 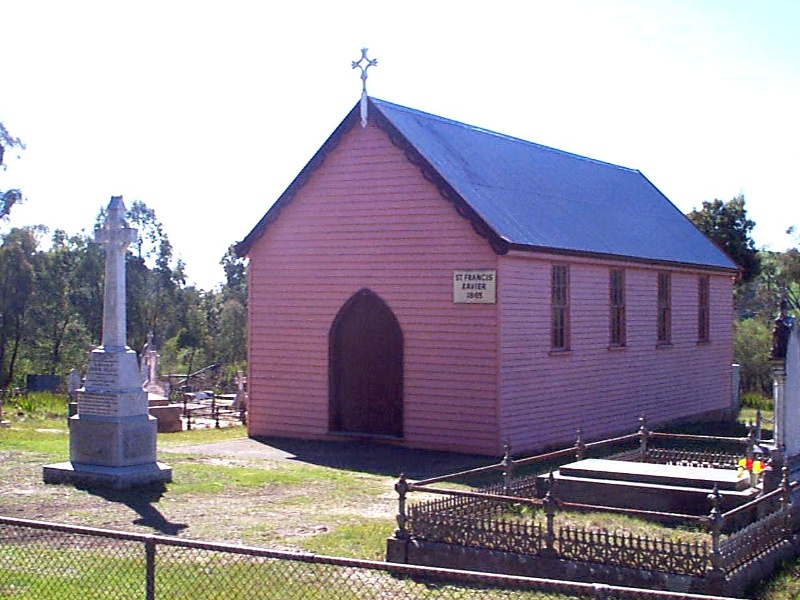 St Francis Xavier at Eganstown, built 1865-1867, has both architectural and historical significance for the following reasons:

1) The small weatherboard gothic chapel with its associated cemetery has importance as a surviving example of the many modest buildings constructed for combined church and school purposes which sprang up throughout Victoria’s goldfields areas during the last century.

2) The complex has importance for its associations with the pioneer gold seeker, John Egan, who was the first to discover gold in the Daylesford district and reputedly, the second to discover gold in Victoria. The chapel and cemetery were built on land donated to the Catholic Church by John Egan. Family descendants still live at Eganstown, named after their ancestor.

3) St Francis Xavier is notable for its handsome Celtic cross, which stands in front of the chapel, and was erected as a monument to John Egan.

4) The cemetery, which has gravestones dating from the 1860s, many still in excellent condition, illustrates the two streams of migrants, Irish and Swiss Italian, who settled the Daylesford district from the late 1850s.