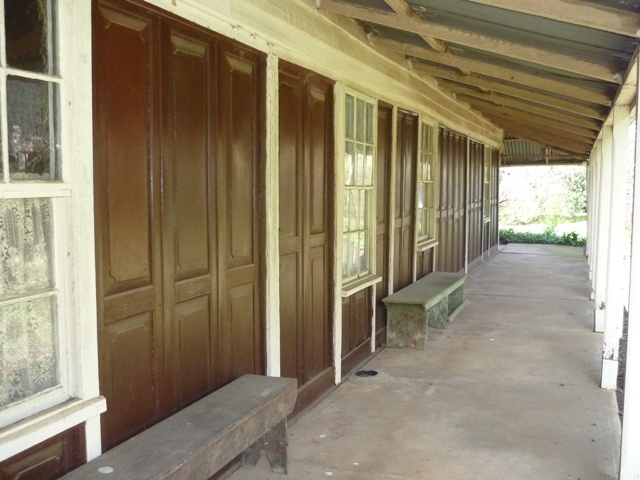 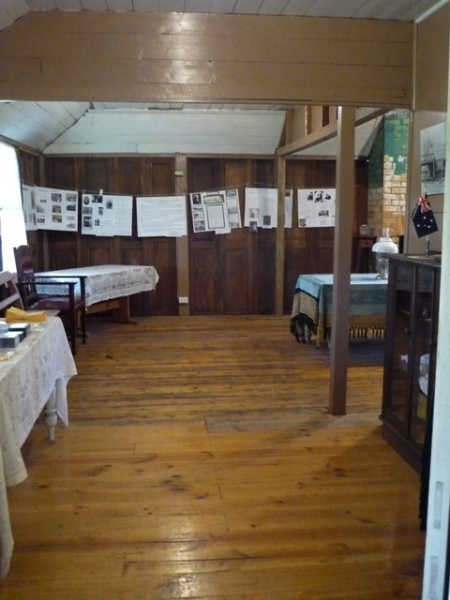 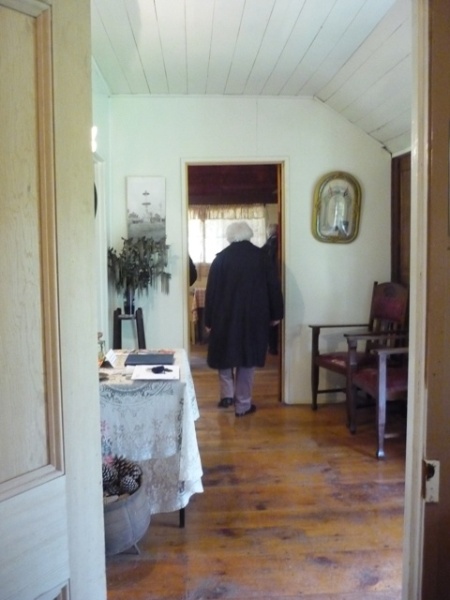 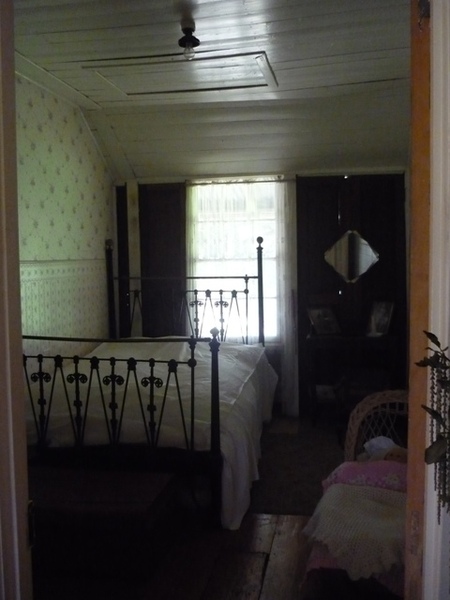 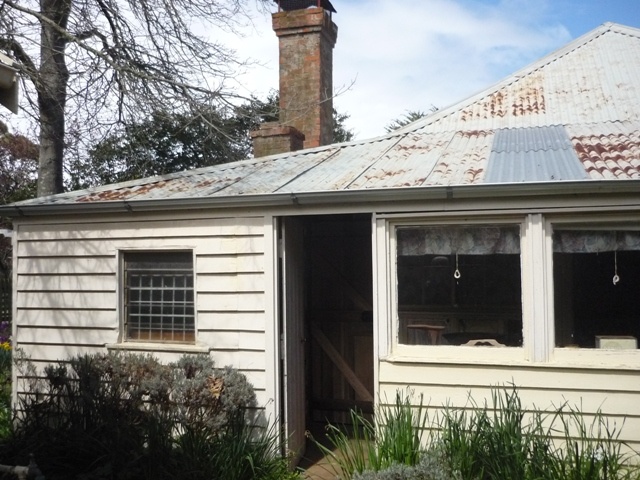 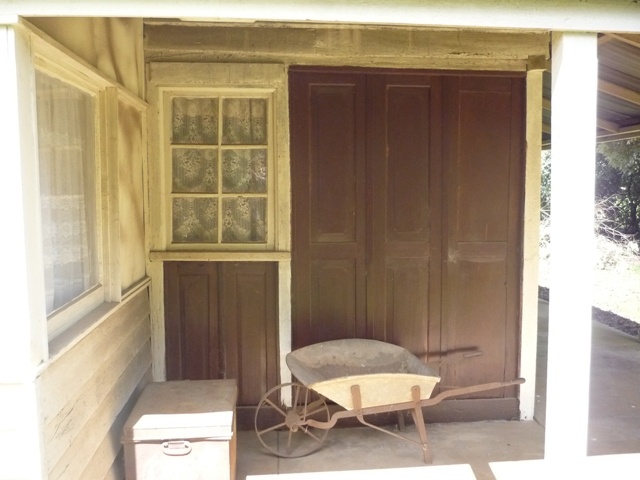 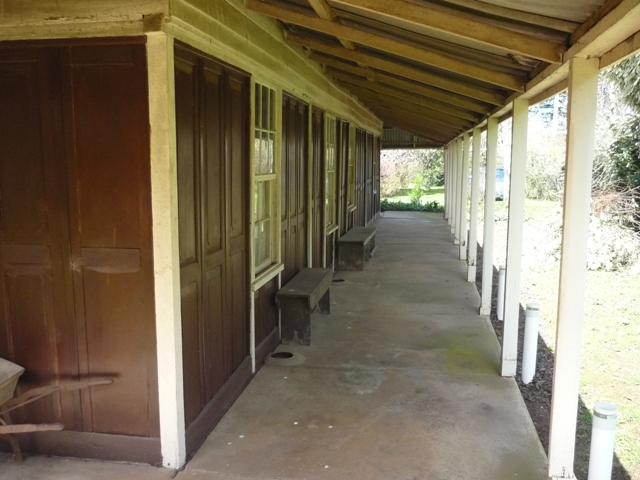 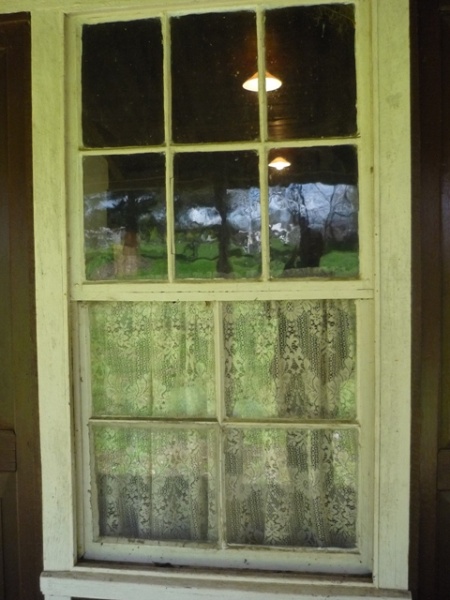 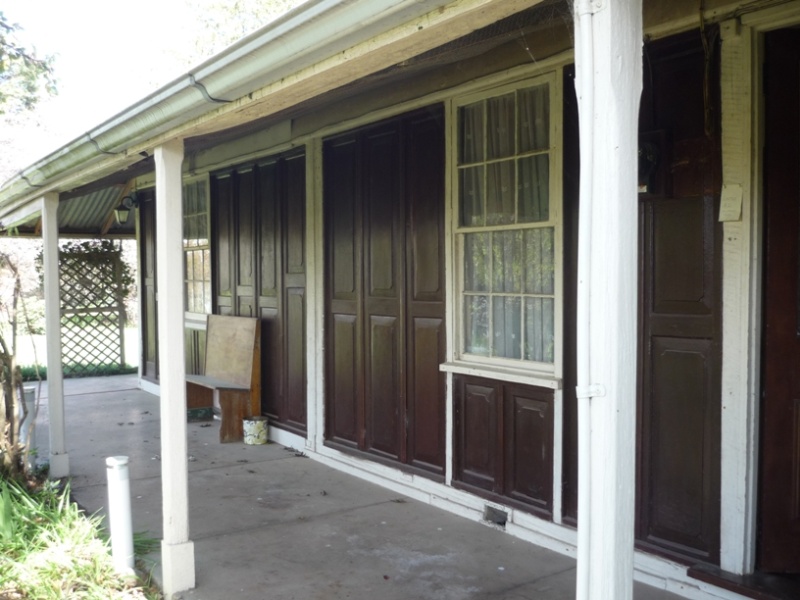 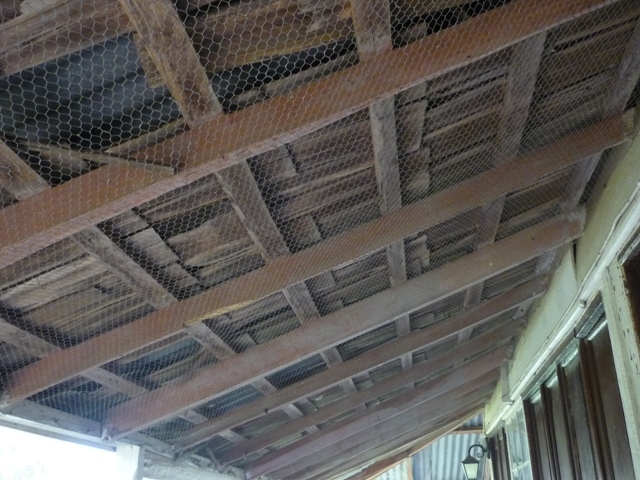 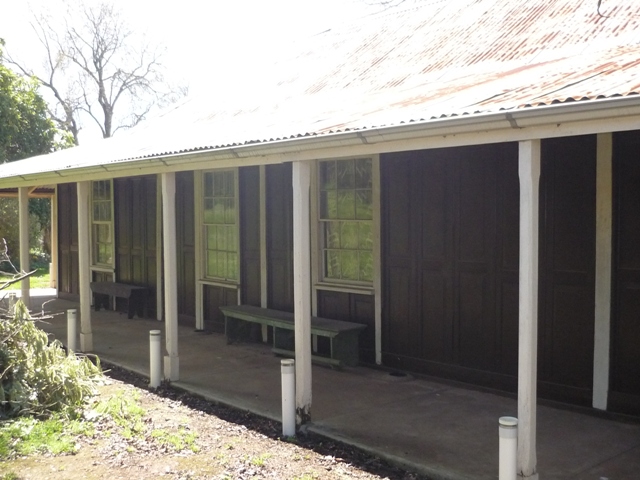 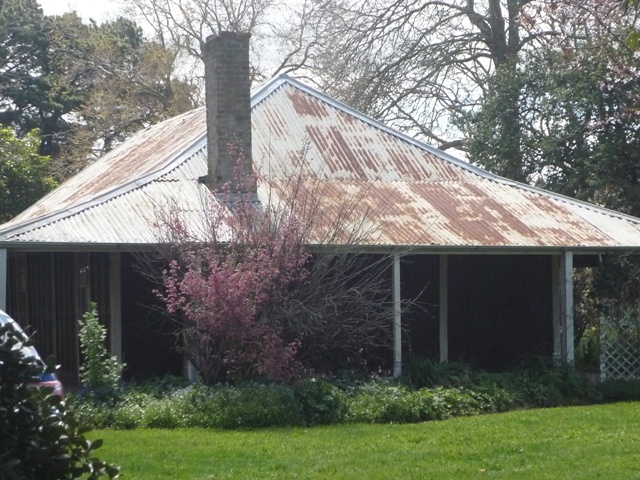 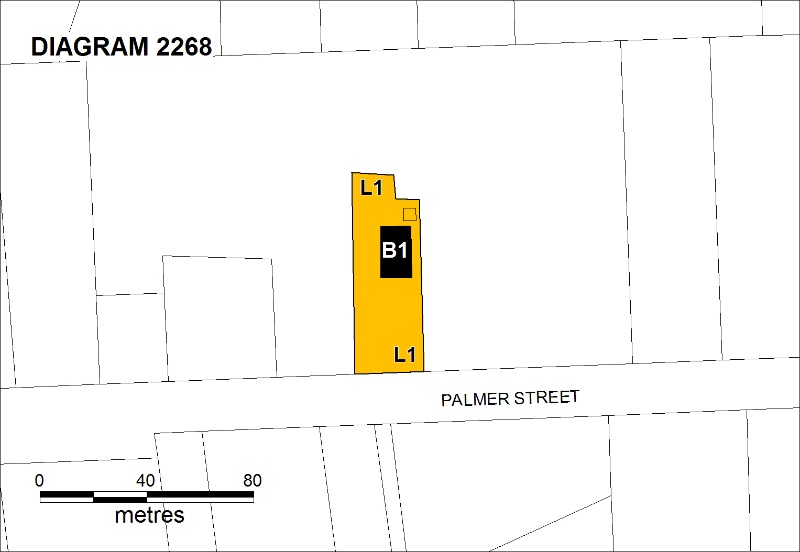 Seymour Cottage, formerly Barton, is a four-roomed residence constructed in c. 1856, with walls made of prefabricated meranti door panels from Singapore.

The cottage was built by Sidney Seymour, who arrived in Romsey with his wife, Elizabeth, and their six children in the mid-1850s. Sidney and Elizabeth Seymour had arrived in Victoria in 1835 as assisted immigrants. Romsey, located on the Five Mile Creek near Lancefield, was on the route to the central highlands goldfields. Sidney Seymour was a farmer and resided at Romsey until his death, at age 100, in 1913.

The single-storey cottage consisted of three small bedrooms and a sitting room entered from narrow central passageway, and had another bedroom and a large kitchen. The partitions between the rooms have since been removed, but beams and ceiling trusses convey this original layout. The house features a coved ceiling, original twelve-paned double-hung sash windows, and has roof shingles under one part of the verandah. The hipped roof is clad with corrugated iron, and there is a verandah on three sides of the building, with a small skillion addition on the fourth side. The kitchen retains a large brick fireplace and bread oven. The most unusual aspect of Seymour Cottage is that it is constructed using Singapore-manufactured meranti doors, and there are variations in the height of the panels and horizontal rails within each door.

Seymour Cottage is of architectural and historical significance to the state of Victoria.

Seymour Cottage is historically significant as a demonstration of the proliferation of prefabricated buildings and materials imported to meet the demand for accommodation in the rapidly expanding colony of gold rush era Victoria.