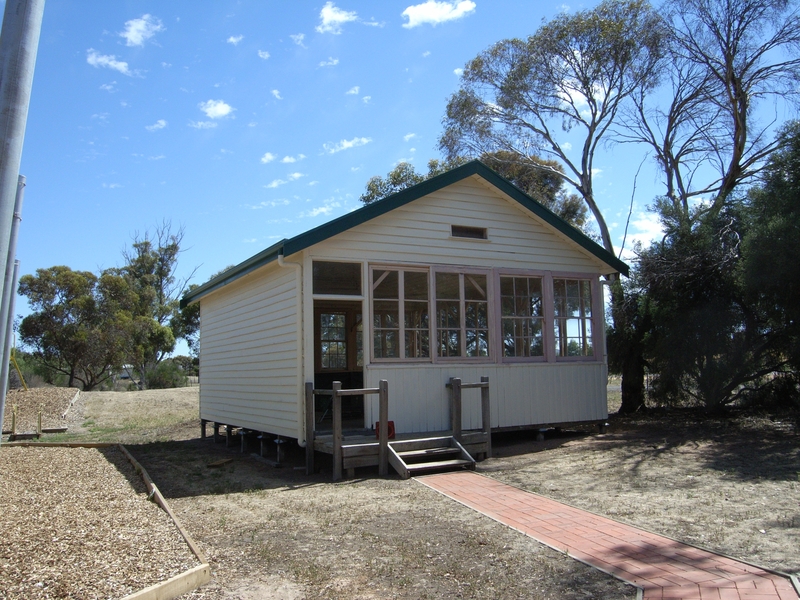 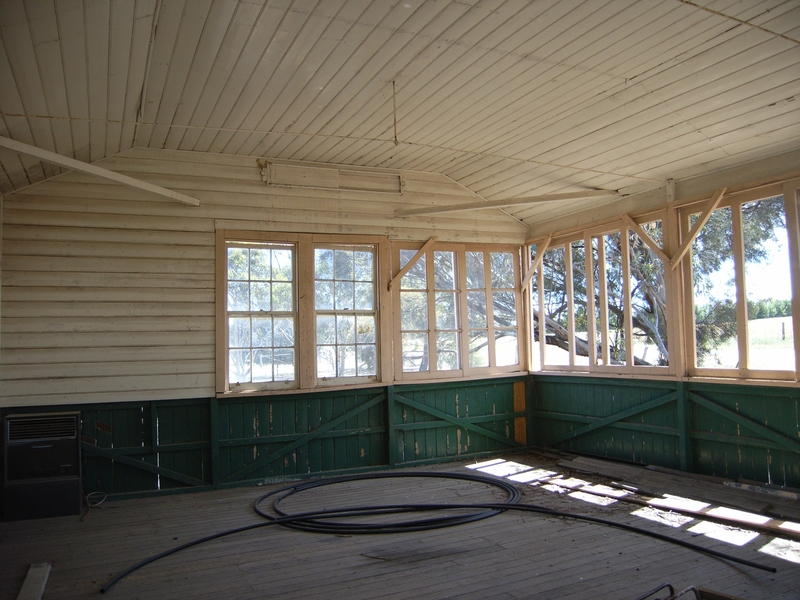 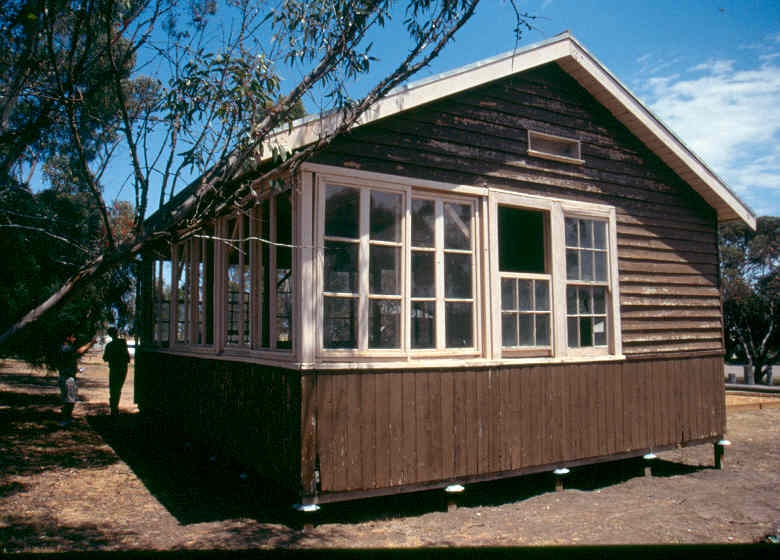 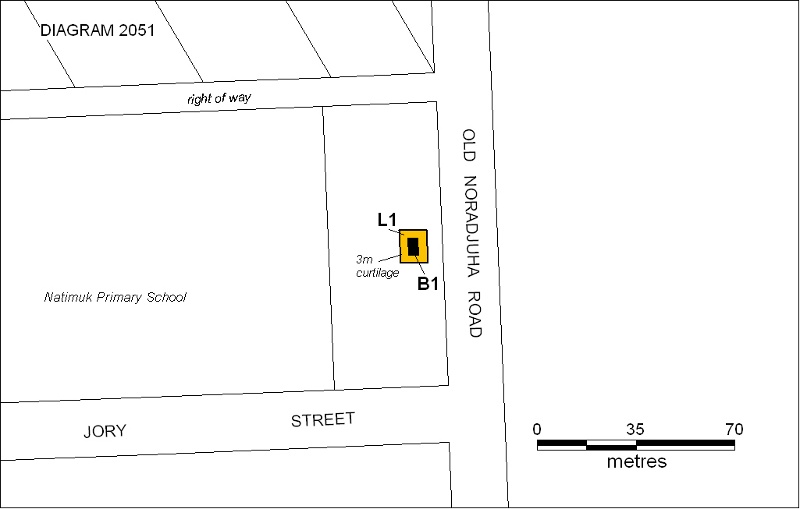 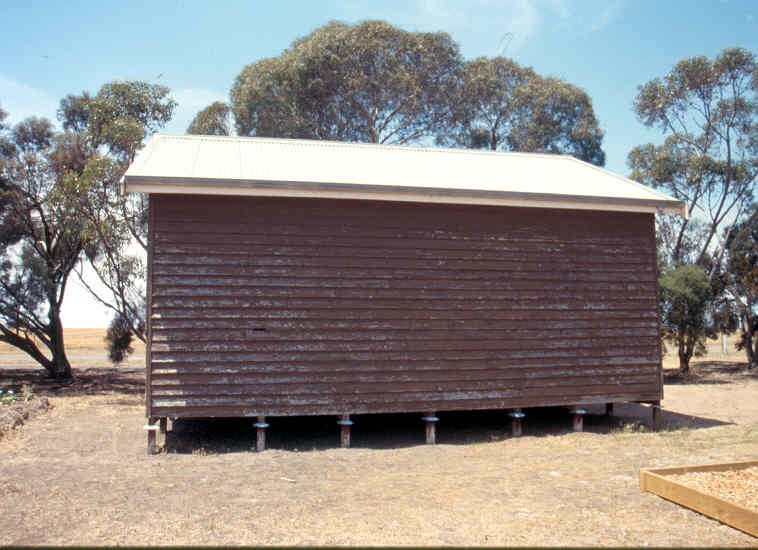 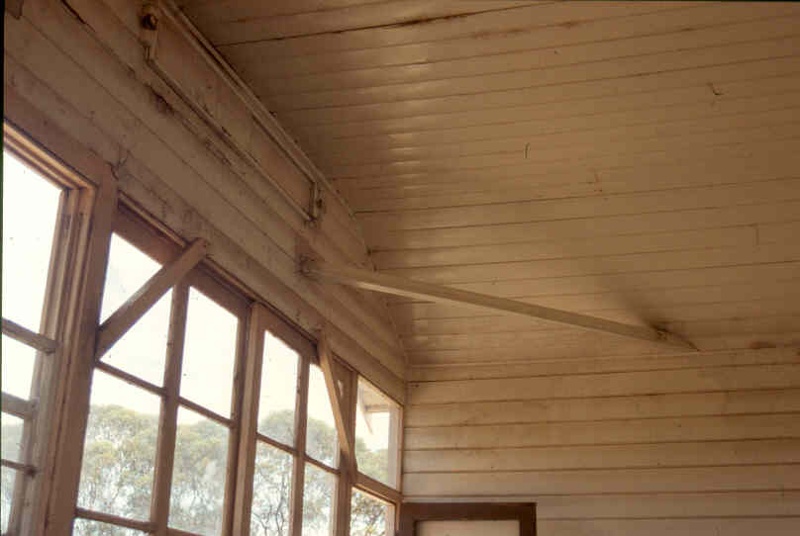 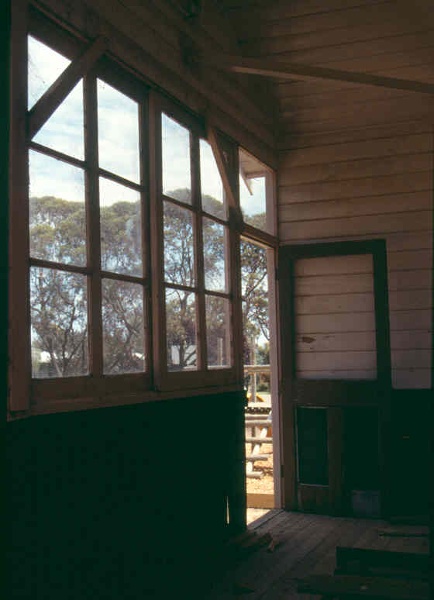 What is significant?
The Natimuk Pavilion Classroom was constructed by the Victorian Public Works Department in 1914 as an open air classroom for school children at Natimuk Primary School. It consisted of a rectangular timber structure with a gabled roof. The dimensions of the classroom were 20 x 30 feet. The room was intended to accommodate 48 children in dual seater desks. Three sides of the classroom are boarded with weatherboards to the height of three feet; above that height, adjustable canvas shutters were fitted right to the roofline. The back wall, on which the blackboard was mounted, is boarded from floor to ceiling. The room was built on sleeper plates for easy removal. A total of forty-four of these classrooms were constructed for Victorian schools between 1911 and 1914, but after World War I , the Education Department discontinued their construction. They were unpopular with teachers in winter weather. However they were used for additional accommodation in schools for many years. The Natimuk Primary School moved to a site in Jory Street in 1961. The Natimuk classroom was relocated in 1988 to the Australian House Museum at Deakin University by the Education Department because it was under threat. The building was returned to Natimuk in 2002 and is now located in the grounds of the present Natimuk Primary School in Jory Street.

Open air classrooms were designed to provide a healthy environment for delicate children, and resulted from the hygiene movement in education at the beginning of the twentieth century. It was hoped that improvements in lighting and ventilation aimed at improving the child?s physical conditions would lead to better educational and health outcomes. The open air class room fitted in with current medical opinion favouring fresh air and a bracing environment for all. It derived from the ideas behind the open air sanatoria used for the treatment of tuberculosis patients in Europe. The spread of tuberculosis, particularly in crowded urban environments, was a constant concern. The first open-air recovery school, combining treatment and education for tubercular children, was opened in 1904 in Charlottenburg in Germany. The idea of open air classrooms then spread to target malnourished children or children at risk from tuberculosis, and later still to ordinary healthy children who would benefit from open air education. Tuberculosis, known as the 'white plague', was responsible for one death in nine in Victoria in 1902, and in 1904 was declared a notifiable disease in the State. Before the introduction of antibiotics, the early treatment of tuberculosis involved patients being exposed to fresh air and sunlight as much as possible. Although no section of the community was immune, tuberculosis was particularly associated with poverty, slum housing conditions, overcrowding, and poor nutrition. In 1904 the first school medical service was established in Victoria, with regular physical examinations of children to diagnose health problems.

How is it significant?
The Natimuk Pavilion Classroom is of architectural and historical significance to the State of Victoria

Why is it significant?
The Natimuk Pavilion Classroom is architecturally significant as the only surviving and relatively intact example of an early twentieth century purpose built portable open air classroom constructed for the Education Department.

The Natimuk Pavilion Classroom is historically significant as a rare example of an open air classroom. It reflects the early twentieth century preoccupation with the benefits of light and fresh air for the health and education of young children. Its design was also influenced by belief in the restorative powers of fresh air and sunlight for the treatment and prevention of tuberculosis, prevalent in early twentieth century Victoria.