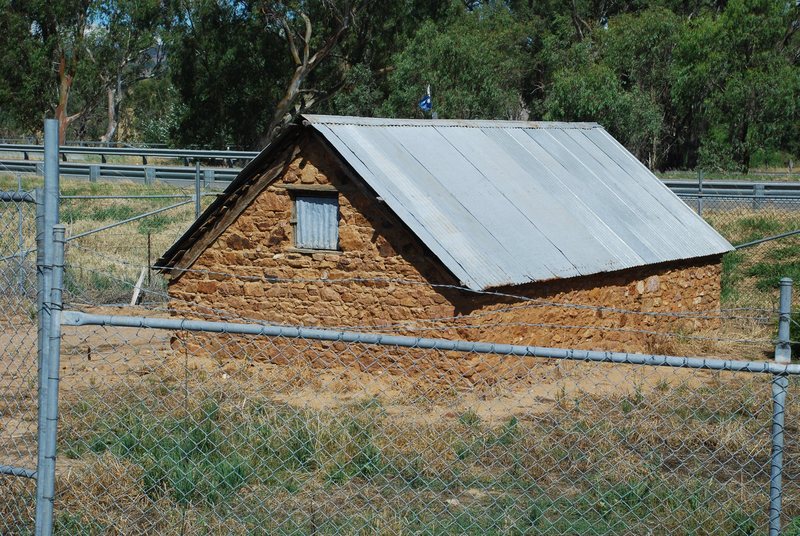 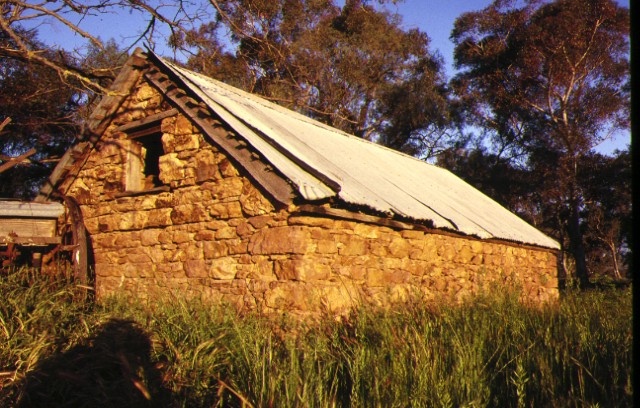 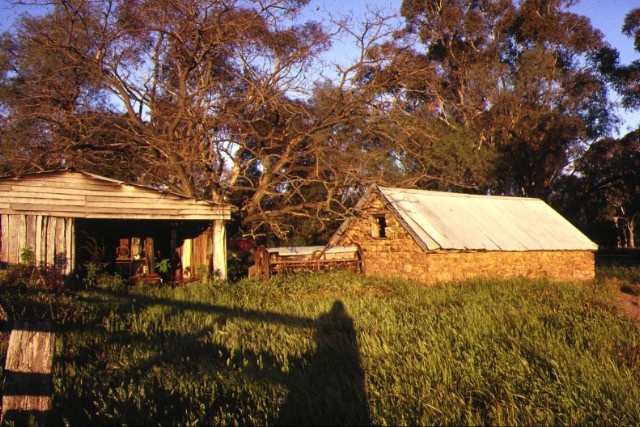 The structures on the site include a substantial stone cellar some 4 metres wide and 8 metres long half of which is located below the ground. The material is local rock on freestone and laid on courses with some moderation in size from the large stones to the small stones the roof is corrugated iron nailed on to local hardwood battens fixed to rough sawn poles. The stonework is in remarkably good condition with little erosion of the predominantly clay coursework. The walls are possibly 300 to 400mm thick and are both rough rendered and white washed internally. The structure has a dirt floor which is completely dry.

The former Glenroyne Homestead which formed part of the complex was located some hundred metres away but was demolished some time ago. The remaining buildings have both architectural and historical significance:

1. the stone cellar is significant as an intact farm building of the 1860's with its original shingles, which formed part of an important early pastoral homestead complex;

2. the stone cellar has historical importance for its associations with the Forlonge family which played a major role in the establishment of the Australian woollen industry, and particularly with William Forlonge, pastoralist and politician, who lived at his Seven Creeks Homestead during the 1850's and 1860's;

3. the site has associations from the 1830's with the early pastoral settlement of Victoria and particularly with two major pastoral families, the Templetons and Forlonges, who overlanded from NSW.