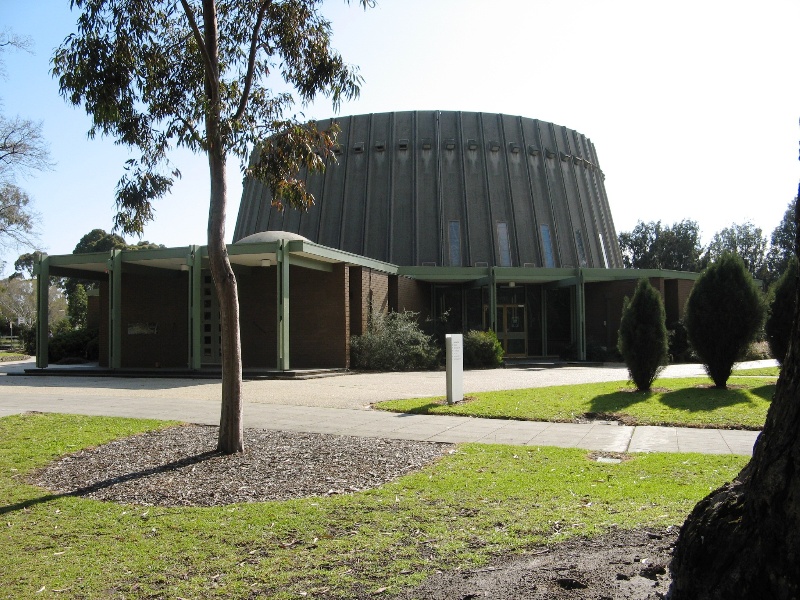 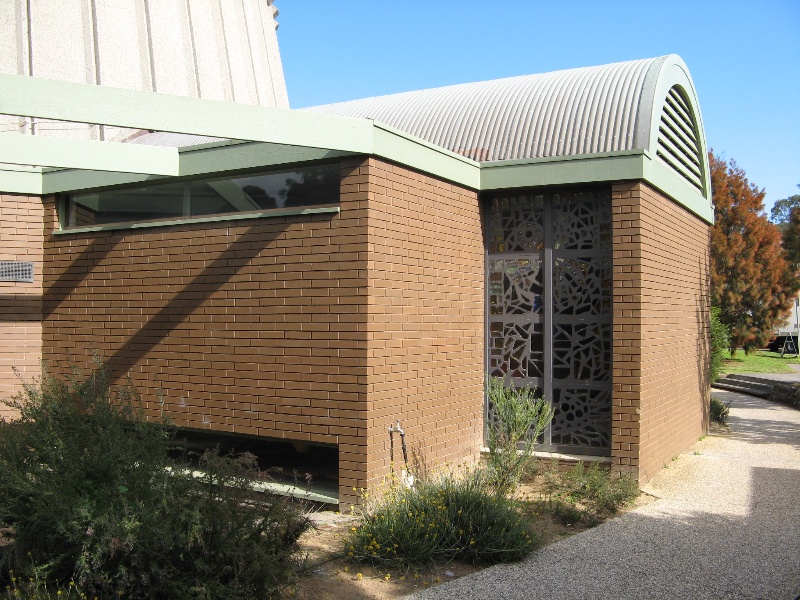 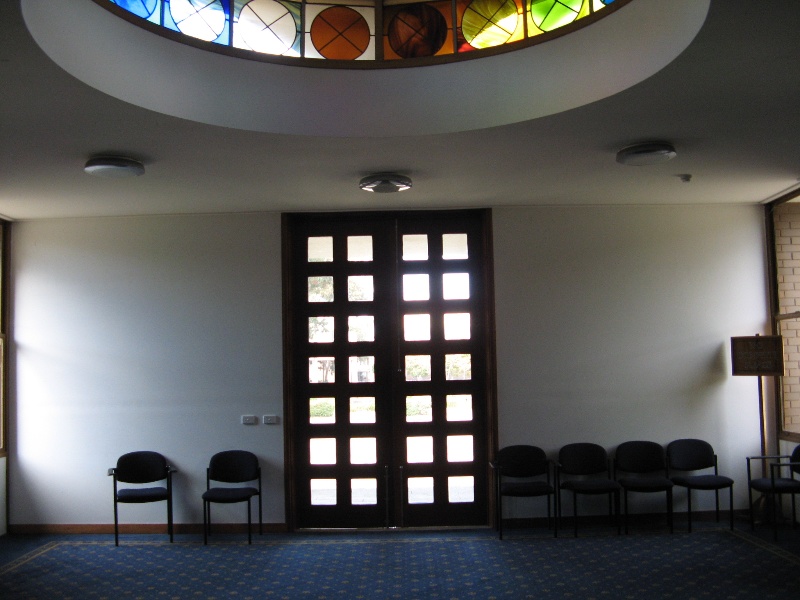 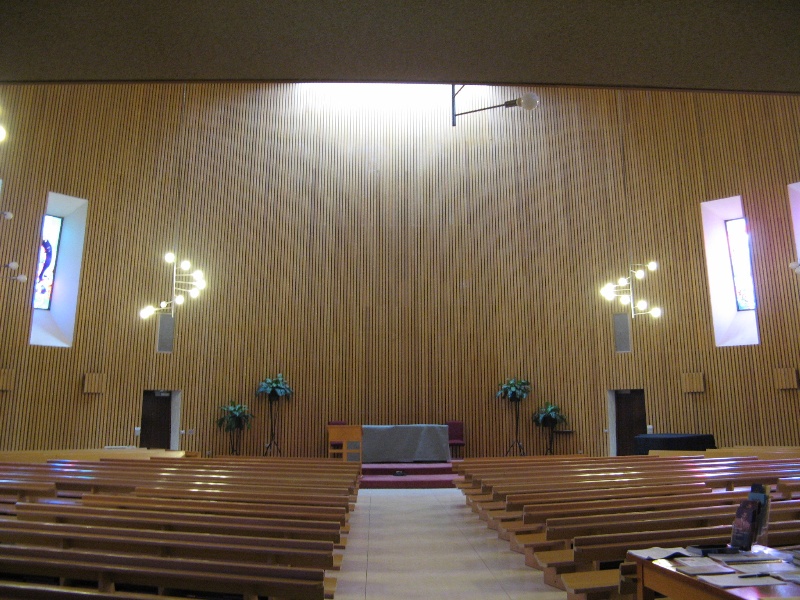 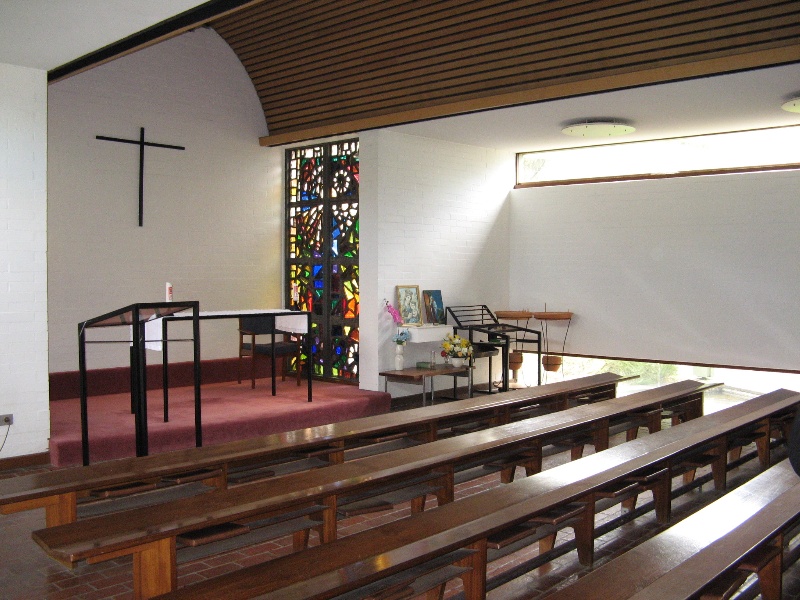 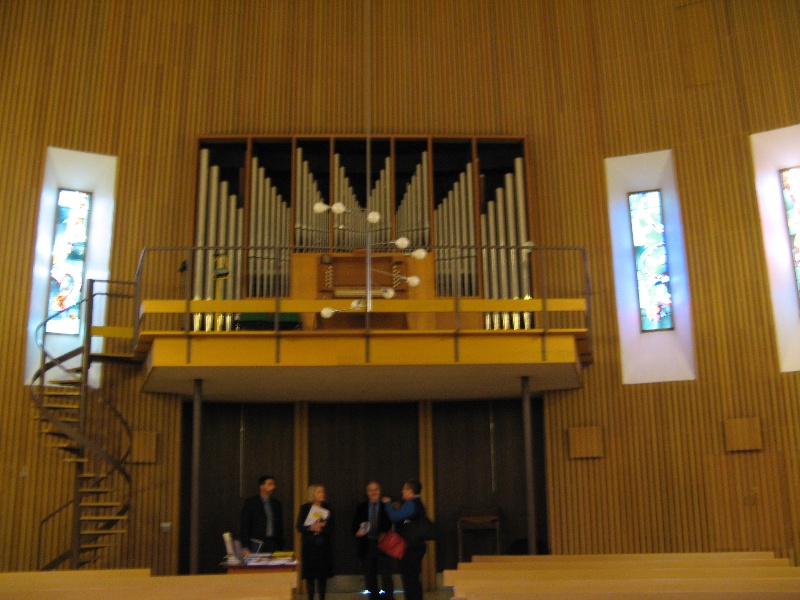 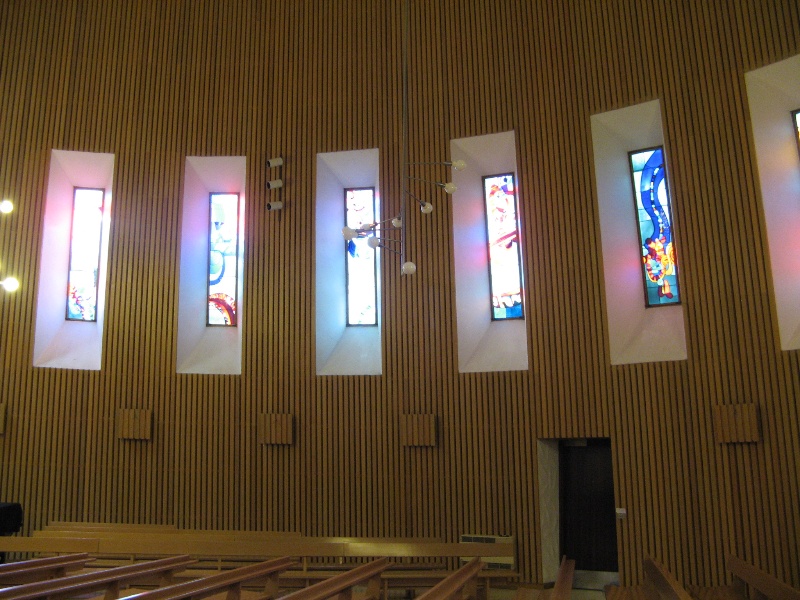 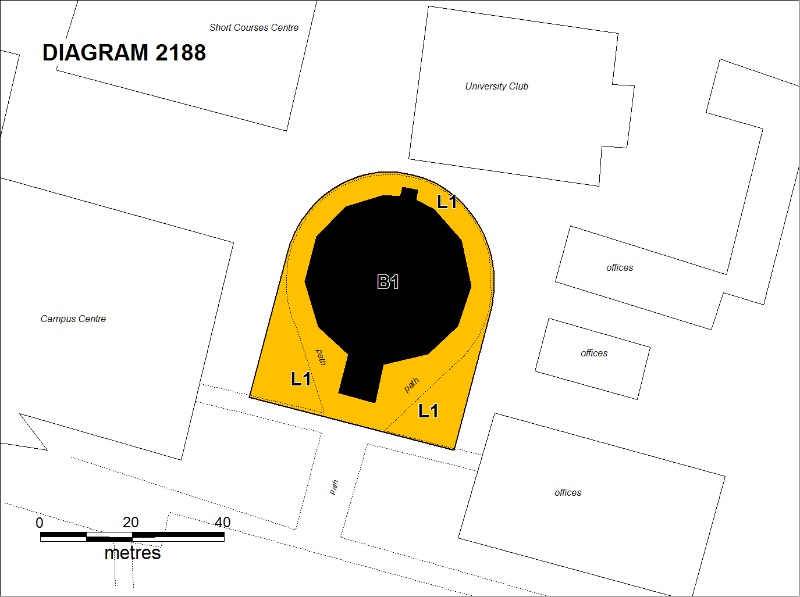 The Monash Religious Centre, designed by John Mockridge of the Melbourne architectural firm Mockridge Stahle & Mitchell, was built in 1967-8 at the new Monash University. The university opened in 1961, and the Religious Centre was planned by the Christian and Jewish communities of Melbourne as a space that could be used by all religious groups. The funds were raised by the different groups and the building was then presented to the university, to dissociate it from any one religious tradition. The Religious Centre was seen at the time as an important ecumenical exercise and part of the process of reassessment and reform within the churches, including moves towards liturgical experimentation, greater social relevance and greater interaction with other religious traditions. Mockridge Stahle & Mitchell, with John Mockridge as the principal designer, was a prominent architectural firm established in Melbourne in 1948, and was particularly well-known for its designs for school and university buildings and churches. Mockridge chose the circular form of the building as a symbol of unity, eternity and ecumenical feeling. With the growth of a significant non-Western student population, the Centre has been increasingly used by other religious groups, particularly Muslims, Buddhists and Hindus. The building is used for Christian and Jewish services, Muslim prayers, Bible studies, Catholic confession, meetings of the religious societies, discussion groups and social gatherings, as well as joint ceremonies by representatives of the different users. The organ, made by Ronald Sharp of Sydney, was installed in 1978 in the Large Chapel, which is also used for organ practice, choir rehearsals, concerts, weddings and funerals.

The Religious Centre is located in a central position at Monash University. It is circular in plan, with the large central chapel, of narrow inclined pre-cast concrete slabs with a quartz finish, rising above the smaller rooms of dark brick and redwood (originally unpainted) arranged around this. These smaller rooms, a rectangular narthex or meeting room at the main entrance, a rectangular second chapel on the side opposite this, several vestries, a sacristy, prayer rooms, toilets and a kitchen, open off an ambulatory, and have small courtyards in between intended as meeting places. The Large Chapel has a raised area and altar to the north and a prominent centre aisle leading from the large processional doors. Religious imagery has been avoided, and the narrow windows have stained glass with abstract designs by Les Kossatz. The rectangular Small Chapel contrasts with the open spaciousness of the Large Chapel. It was designed less ambiguously to be used for daily Mass, weekly Anglican Holy Communion and Protestant Sunday Services. Seating for about thirty is arranged in conventional rows facing a small sanctuary area, raised one step and flanked by stained glass windows designed by Leonard French. The other windows are narrow strips at the top and at the base of the side walls, allowing views only of the sky and of the water of the ponds on each side.

The Monash Religious Centre is of architectural, historical, aesthetic and social significance to the state of Victoria.

The Monash Religious Centre is of historical significance as a reflection of the early ecumenical movement in Victoria, which encouraged greater experimentation in religious practice and more interaction and understanding between different religions. It was the first example in Australia of such a centre, which was funded by Christian and Jewish groups, but was presented to Monash University to be used by all religions.

The Monash Religious Centre is architecturally significant as a fine example of a religious building of the 1960s. It is notable for its centralised plan, symbolising unity, eternity and ecumenism, and as an example of the circular plans first used by Roy Grounds in the 1950s and adopted for a range of building types in the 1950s and 1960s. It is significant as a fine example of the work of John Mockridge of the Melbourne architectural firm Mockridge Stahle & Mitchell.

The Monash Religious Centre is socially significant as a combined place of worship for generations of university students and staff of all religions.

The Monash Religious Centre is aesthetically significant for its unusual design, in particular the design of the Small and Large Chapels and the stained glass by Les Kossatz and Leonard French.