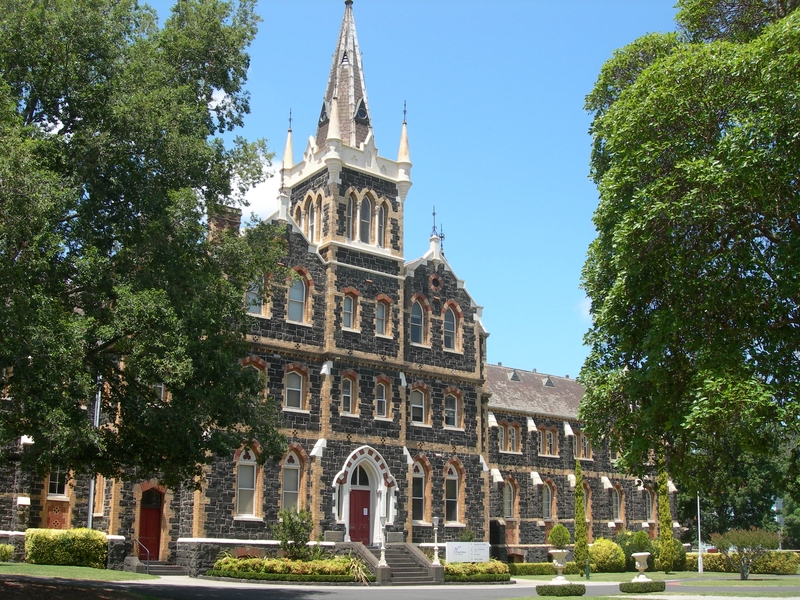 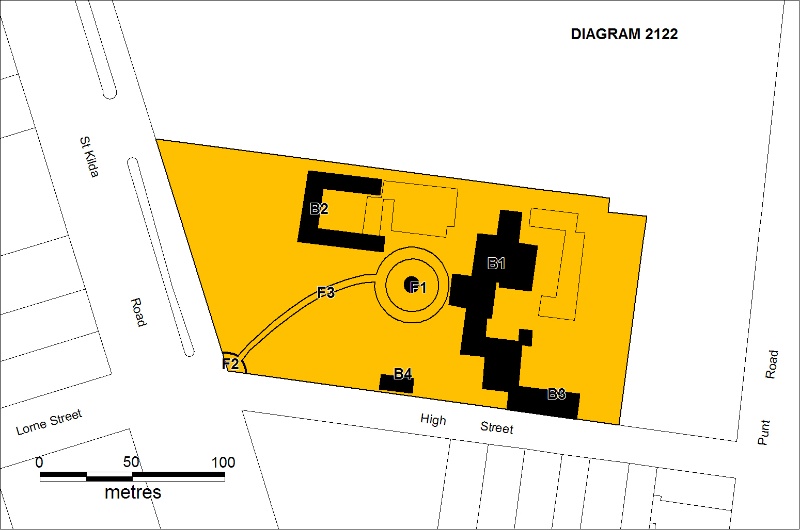 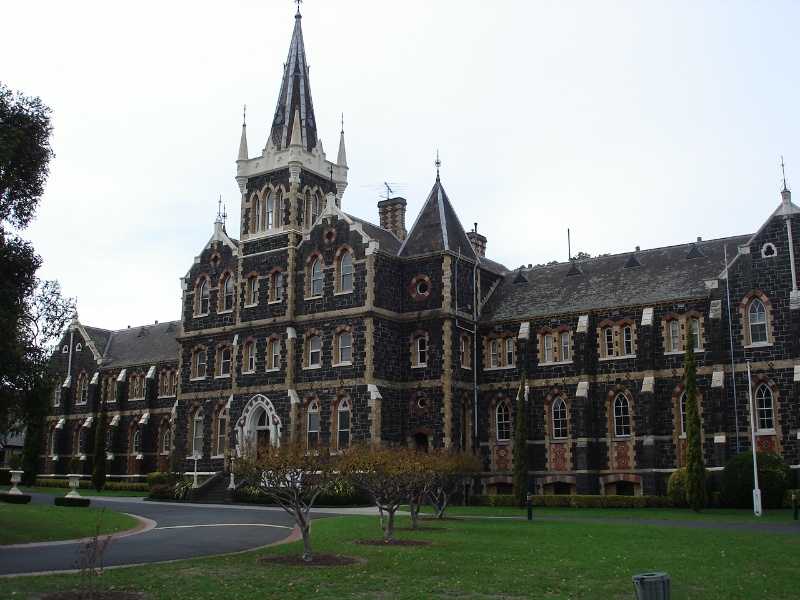 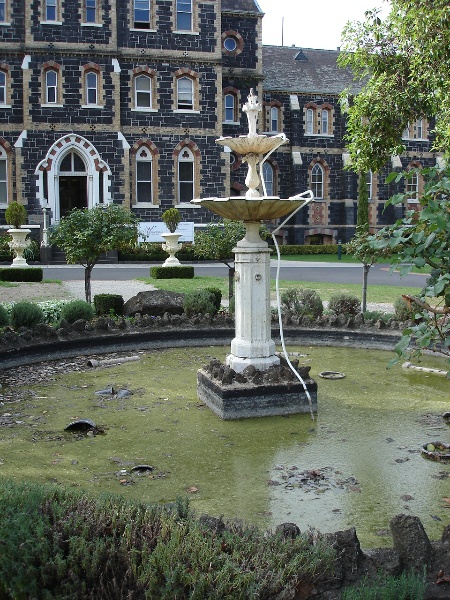 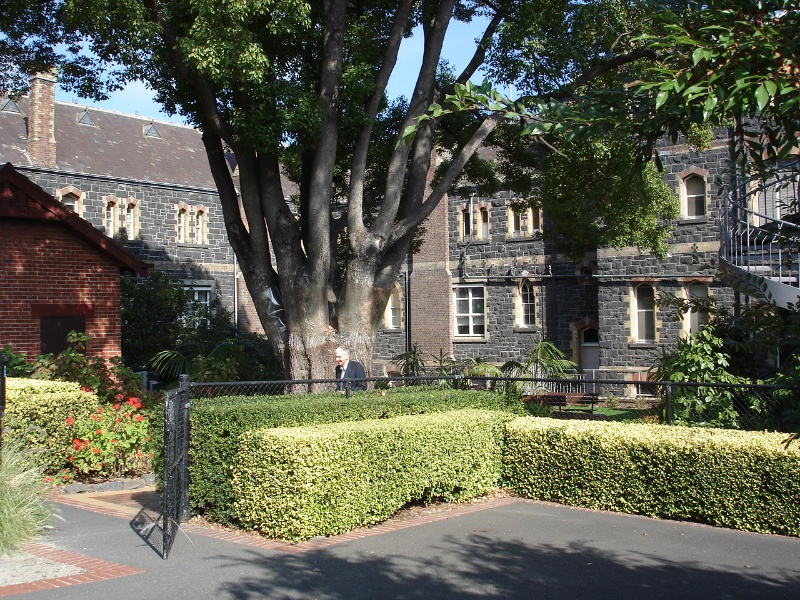 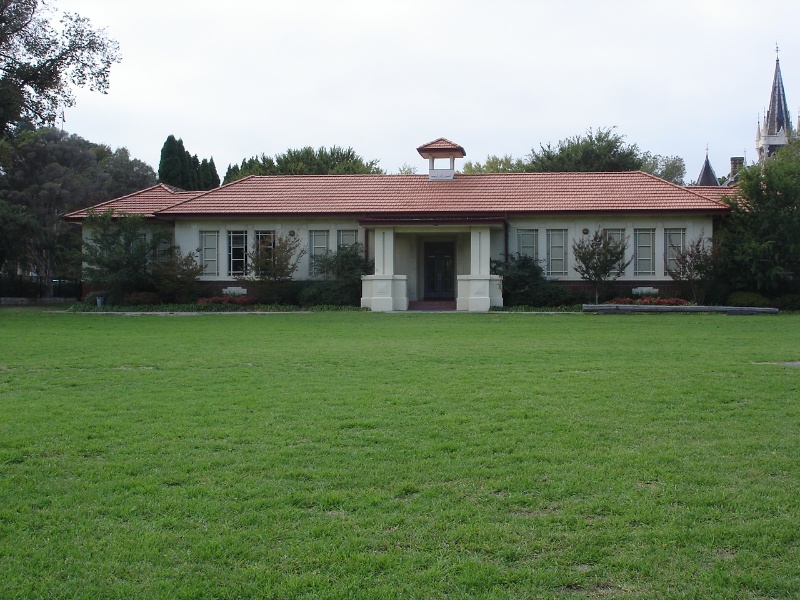 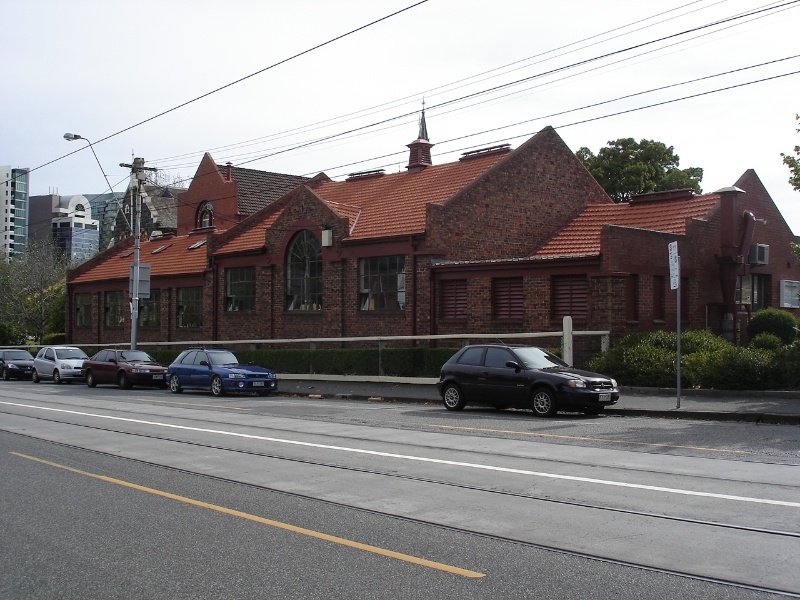 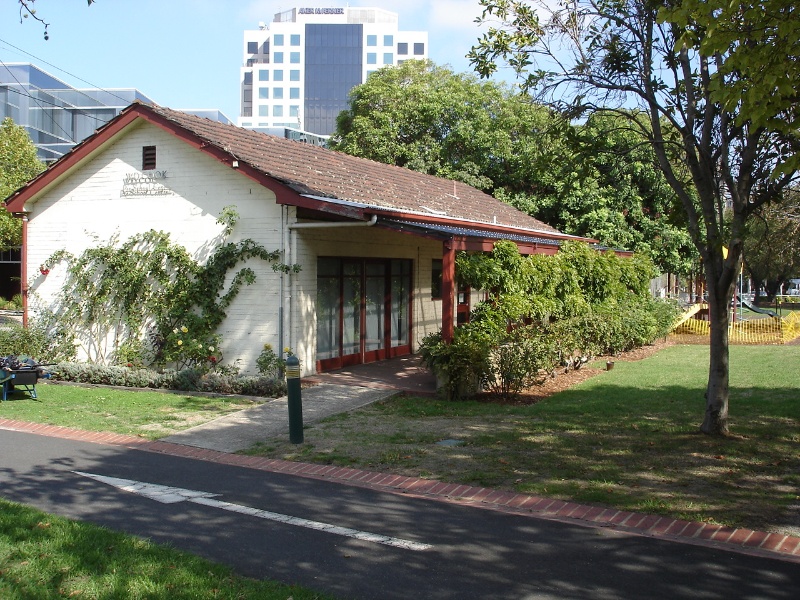 The Victorian College for the Deaf (formerly known as the Victorian Deaf and Dumb Institution) was built in 1866 to provide a home, education and vocational training for deaf and dumb children. The first school for deaf and dumb children in Victoria had been established in 1860 in Prahran by Frederick Rose, and this moved into larger premises as enrolments increased. In 1864 a committee of prominent citizens obtained a grant of land for the new institution, as well as £3000, from the government, raised £1654 more by public subscription, and commissioned the architects Crouch and Wilson to design the building, the first part of which was built in 1866, and the remainder in 1871. Rose was the first Superintendent and his wife the first Matron. The grounds were enhanced in the 1860s by gifts of plants and seeds from Baron von Mueller. Various additions have been made over the years, including bluestone extensions to the north and south of the main building, and the red brick Fenton Memorial Hall (c1950). In 1913 the school was taken over by the Department of Education as State School no 3774, and a new school building was constructed in the front garden in 1928. A brick trade block for teaching trades to the boys was added in c1940. The Institution was used by the RAAF in 1942-44. Enrolments peaked in the 1950s following a rubella epidemic in 1941-2, and a number of new buildings were added between 1949 and 1985. However with more schools for the deaf and dumb opening and advances in the treatment of the deaf, enrolments decreased. The name was changed in 1949 to the Victorian School for Deaf Children, and is now known as Deaf Children Australia. The main building is now used for administration, with the school in the newer buildings in front. The institution has an extensive collection of objects relating to the history of the place, including furniture, artefacts, architectural drawings, photographs and other archival material.

The Victorian College for the Deaf lies at the corner of St Kilda Road and High Street with the main building set back behind extensive gardens with mature trees and a curved tree-lined driveway. The nineteenth century block is an imposing symmetrical Gothic Revival building, forming a U-shape around a rear courtyard with a mature camphor laurel tree. It has a central three storey section surmounted by a tower and spire above the main entrance, subsidiary towers behind the gabled flanking pavilions, and recessed two storey L-shaped wings to the south and north, all above a semi-basement. The walls are of tuckpointed bluestone, and there are decorative red and cream brick and cement dressings around the door and window openings. The walls are decorated with Greek cross-shaped ceramic blocks with quatrefoil openings. The roofs are slate and chimneys are patterned bichrome brick. The trade block at the rear is a single storey building of clinker bricks with two large arched metal-framed windows. The 1928 school building in the front garden is a single storey rendered brick building set around an internal courtyard.

The Victorian College for the Deaf is of historical, architectural and social significance to the state of Victoria.

The Victorian College for the Deaf is historically significant for its role as the first major institution in Australia built for the teaching and care of deaf children. It pioneered the teaching of Victorian children with substantial hearing problems, has been at the forefront of developments in the teaching of the deaf, and has played an important role in the history of education in Victoria. It is historically significant for its association with the prosperous and confident post gold rush period, when many of Melbourne's major educational, health and social welfare institutions were established in response to the public desire to assist disadvantaged groups.

The Victorian College for the Deaf is architecturally significant as an imposing and intact example of a major Gothic Revival style institutional building, which when built was of a scale and style unmatched by earlier Melbourne institutions. It is an important example of the work of the prominent Melbourne architectural practice of Crouch & Wilson. The practice designed a number of important public buildings in Victoria, including Methodist Ladies' College, the Prahran Town Hall, The Homeopathic (later Prince Henry's) Hospital, the Royal Victorian Institute for the Blind, and numerous churches, as well as major buildings in Tasmania, Queensland and New Zealand. The large site with its tree lined drive and circular garden provide a picturesque setting for the building. Together with the Victorian School for the Blind and Wesley College, all of which have extensive grounds facing St Kilda Road, it forms a significant part of the St Kilda Road streetscape, and part of one of Melbourne's most important institutional precincts.

The Victorian College for the Deaf is of social significance for its continuing association with the teaching of deaf children in Victoria, an association which has continued up to the present day. As deafness can be hereditary, sometimes several generations of the same family have attended the school, and it is held in fond regard by past students, whose education and training in the school has allowed them to enter the workforce and more easily communicate with the wider community.