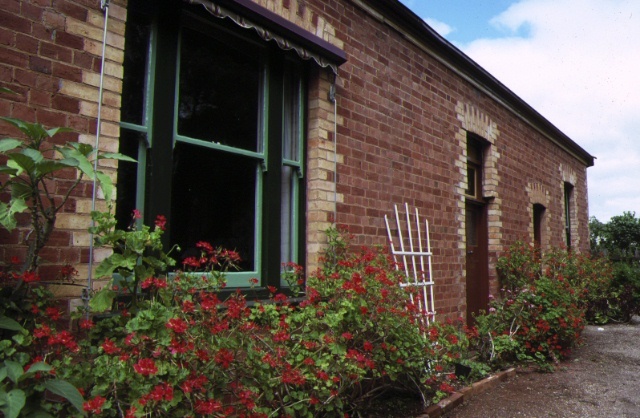 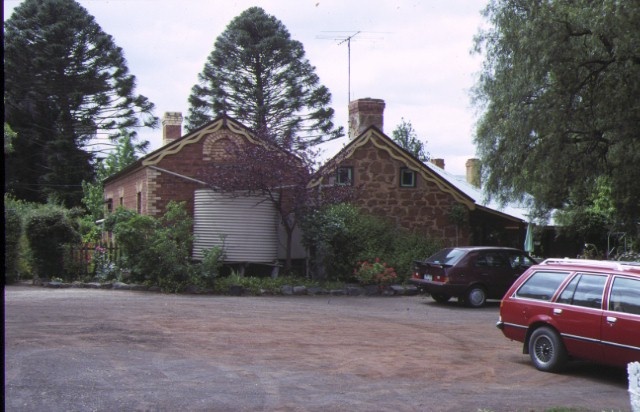 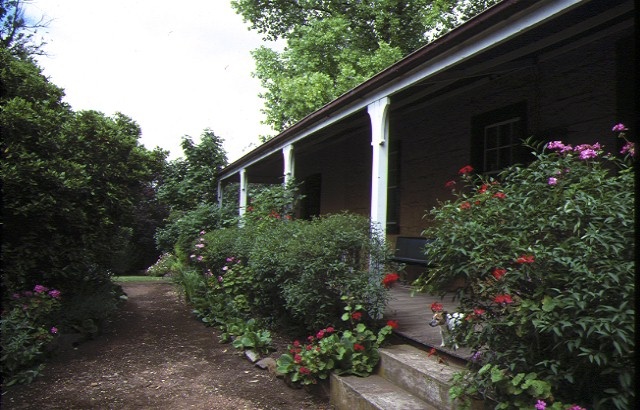 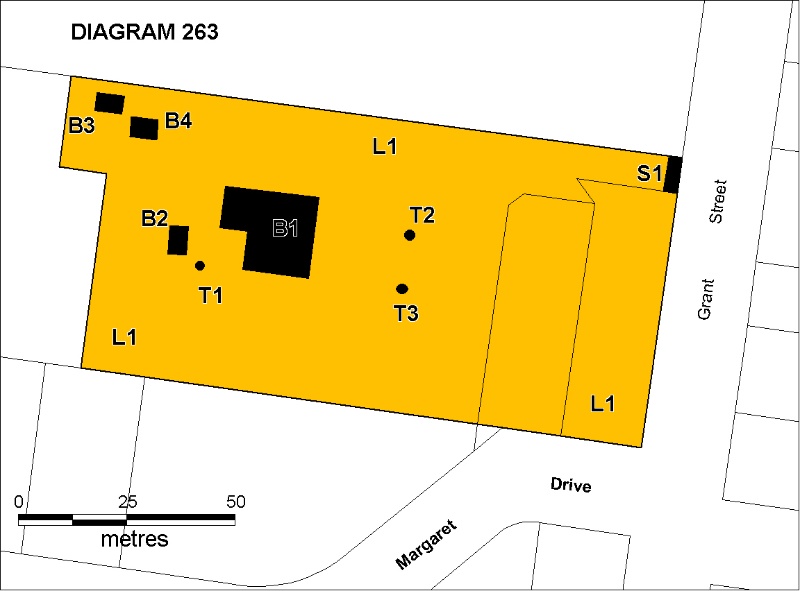 What is significant?
William Grant purchased the land in Bacchus Marsh, upon which Millbank is located, in April 1850 from William Easey. Comprising 205 acres, the land ran from the Werribee River to north of the present Bacchus Marsh Road, and west from the present Grant Street.

Pastoral occupation of the valley named Bacchus Marsh proceeded quickly from 1839 and the first township in the region was surveyed that year. The first land sales in the area occurred in 1842, at Darley to the north of Bacchus Marsh and Maddingley to the south. The commercial area of Bacchus Marsh developed in the period following the discovery of gold as it was located on the main route from Melbourne to the goldfields.

Grant came to Australia from Scotland in 1841, first settling in Melbourne where he ran a baking business from 1841 to 1850. It has been stated that the family first lived in a wattle and daub house on the site. In about 1855, a freestone house with shingle roof was constructed on high ground to the south of the site, surrounded by a garden of about one acre and overlooking the Border Flour Mill. This mill was built in the late 1840s by James Young and John Lyle, to the east of Grant Street (then Maddingley Road) on the Werribee River and was acquired by W. and H. G. Grant in about 1869. The property hence acquired the name, Millbank.

William Grant was a member of the District Road Board when it was proclaimed in 1857. He was also a member of the Farmers Society, School Board of Advice and a Trustee of the Presbyterian Church. He died in 1884 and the property passed to his son, William, a progressive farmer, benefactor, and Shire President in 1892-3, 1900-1 and 1904-5. During his lifetime he was very involved in the community and is recorded as holding some seventeen public positions. William junior died in 1924 and the property, reduced in acreage, passed to a son, Thomas Grant. He died in 1964, and his widow died in 1973, ending three generations of family ownership.

The original estate has greatly decreased in size since its initial acquisition by Grant in 1850. In 1888, about 71 acres north of the homestead was subdivided and sold, and in 1891 a factory was constructed for the Concentrated Milk Company on land, possibly donated by William Grant junior, south of the property on the Werribee River.

Portions of land were subsequently subdivided and sold throughout the twentieth century, however much of the estate was retained until the mid-twentieth century. The Bacchus Marsh and District War Memorial Hospital was built in 1954 on land immediately north of the present Millbank site.

In 1988 the property was subdivided further with land to the east, along Grant Street, being set aside for municipal purposes (originally for road widening consistent with similar reservation in front of the hospital), another adjacent block sold as a vacant development site to a private owner and the remainder of the site, containing the house and outbuildings, retained as the Millbank estate.

Erected c1855 or earlier as a freestone house with shingle roof, the homestead has undergone many alterations and additions over subsequent decades. The early stone section consisted of two parallel hipped roofs, the rear being L-shaped, all originally covered in shingles.

Major additions included a bichromatic brick, hipped roof section which was added to the north, probably in the 1870s. This red brick addition employed cream brick for the quoining of corners and openings, banding on the chimney and for a large, semi-circular recessed blind window in the rear gable end. Curved barge boards line the eaves of both the stone and brick sections at the rear.

Further major alterations were carried out c1920-1930. These included the brick additions to the north and south ends of the house, a new verandah at the front and various internal alterations. Remnants of outbuildings, possibly farm buildings such as a dairy and store, remain to the west of the site in a very dilapidated condition. These incorporate a variety of materials such as vertical timber slabs, a wall daubed with mud, and some clearly recycled materials such as corrugated iron and floorboards as wall cladding. .

The garden is approached from Grant Street through decorative timber gate posts and rail fence painted white. The entrance is framed by a pair of English Elms (Ulmus procera), and about half way along the straight drive on the north side is a large Stone Pine (Pinus pinea).

Just east of this point on the south side a drive heads towards the house. It is marked by a pair of vulnerable Monterey Cypress (Cupressus macrocarpa) and the remains of a picket gateway on the north side. Further along this drive which narrows into a path is a pair of outstanding Bunya Bunya Pines (Araucaria bidwillii). A variety of shrubs, roses, vines and small trees surround the house, including Cherry Plums, and two old Black Mulberries on the south boundary, Apple and a Medlar and a small orchard on the west side. Next to the south side of the house is a mature Golden Poplar (Populus x canadensis 'Aurea'), two Pepper Trees (Schinus areira) on the east boundary fence and a Cape Leadwort hedge(Plumbago auriculata) which encloses the garden along the south side of the drive.

South west of the house is an outstanding Pepper Tree (Schinus areira), two more specimens at the west end of the drive on the north boundary, and another to the west of the sheds and garage. Along the northern boundary is an uncommon shrub, Bosea amhertiana. A pair of Italian Cypress (Cupressus sempervirens) near the east side of the house shown in c1900 have been removed.

How is it significant?
Millbank is of architectural, historical, aesthetic and scientific (horticultural) significance to the State of Victoria.

Why is it significant?
Millbank is of architectural significance as a relatively intact example of an early stone and brick homestead. It is amongst the earliest homesteads constructed in the Bacchus Marsh area and its substantial character suggests that an architect may have been involved in the design and construction of both the original house and the bichromatic brick addition. The main house, although progressively altered, survives with much of its early architecture and materials intact, such as roof shingles and decorative treatments.

Millbank is of historical significance for its association with the Grant family, one of the early pastoral families in the region. It was a pioneering homestead and property, which remained in the Grant family for 123 years.

The Millbank garden is of aesthetic and scientific (horticultural) significance for its simple rural homestead layout featuring pairs of English Elms, Monterey Cypress, Bunya Bunya Pines, both of outstanding form and landmark quality that dominate the skyline, and a Stone Pine and four Pepper Trees. The Pepper Tree south west of the house is amongst the largest and finest in Victoria, and is of outstanding size (trunk circumference and canopy spread), and an impressive structure and form displaying a wide symmetrical canopy.