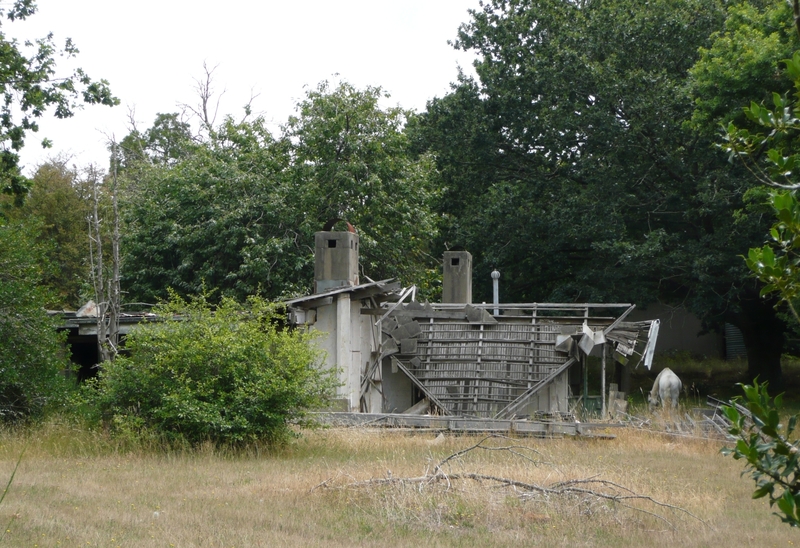 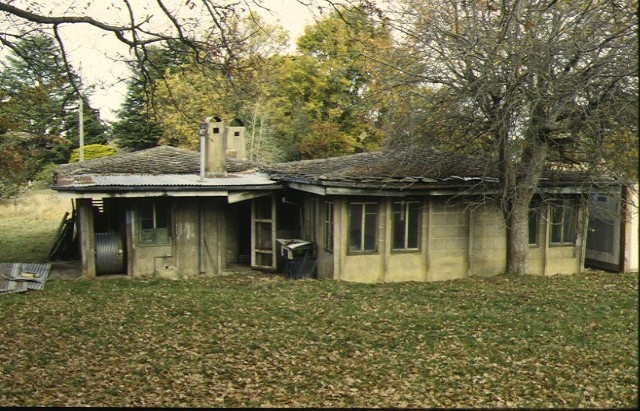 What is significant?
The former Wills House, Dickens Street, Woodend, was built in 1923-24 for Alban Henry Wills. The house was designed by architect Walter Burley Griffin using his patented Knitlock concrete blocks.

Griffin was employed by Alban Wills to remodel the interior of his new Collins Street shop in 1919 and then to design a house for his family in Mentone. The latter was based on a modular plan, but not constructed using Griffin's Knitlock system. Griffin was subsequently engaged to design a house for Wills at Woodend, where he utilised the Knitlock construction system.

Arriving in Australia permanently in 1914, American architects, Walter Burley Griffin and his wife Marion Mahony, moved to Melbourne in 1915. In 1919 their first experiment with minimalist dwelling design was a pair of cottages, Gumnuts and Marnham, Frankston, designed for their use as a weekend retreat. These prototype Knitlock cottages employed a construction system of concrete wall tile units that Griffin had patented in 1917. This system was developed as an economical, flexible and quick do-it-yourself construction system, with machine produced standard concrete tiles, or segments, which were fitted together on site. Machines and timber moulds were used to cast the concrete tiles, which were basically of two types; the vertebral, quadrant shaped block, that formed the framework and the distinctive vertical piers; and the tesseral block that provided the wall infill. The former blocks formed columns and corners and the latter were interlocked back to back with staggered joints, resulting in smooth surfaces both externally and internally, and the facility to incorporate steel reinforcing rods in the core between blocks.

The Wills family sold the house to John Percy Chirnside, son of the prominent pastoralist Andrew Chirnside, in 1927, and it remained in the ownership of this family until the late 1940s. The house remained in relatively good condition until the 1970s. In 1998 when it suffered considerable storm damage, the house was still largely intact although in poor condition.

How is it significant?
The Wills House, Dickens Street, Woodend is of architectural, historical and scientific (technical) significance to the State of Victoria.

Why is it significant?
The Wills House, Dickens Street, Woodend is of architectural significance as an important surviving example of the domestic work undertaken by Walter Burley Griffin using sophisticated geometric planning. It represents a marked contrast to his other realised Knitlock houses, which were typically planned within a single square, cruciform or H-shaped plan. It survives in a ruinous state.

The Wills House, Dickens Street, Woodend is of scientific (technical) significance as an example of the use of the innovative Knitlock system. Few Knitlock buildings were constructed and even fewer remain extant, and the Wills House is one of a small number that survive in Victoria designed by Griffin. Despite its poor condition, the original construction is still evident. Other surviving examples by Griffin include the earliest known example, Gumnuts, Frankston, 1919 (VHR H1328), Pholiota, 1920 (VHR H0479) and the Jefferies House, Surrey Hills, 1924 (VHR H0461).