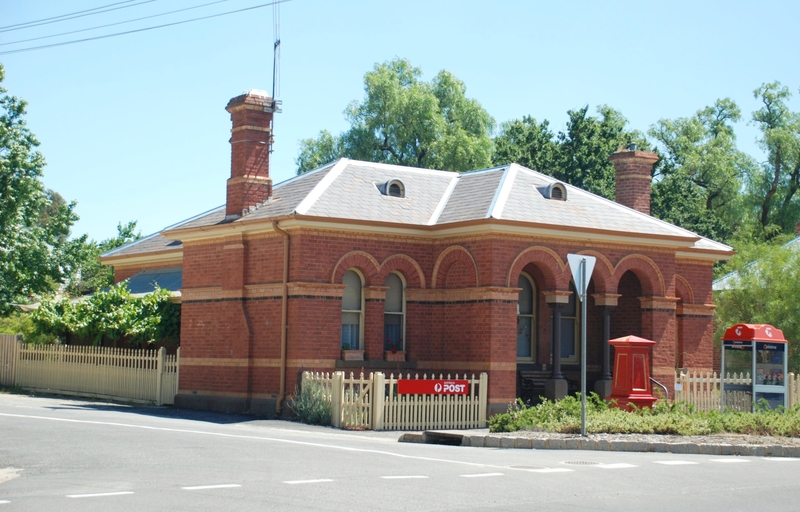 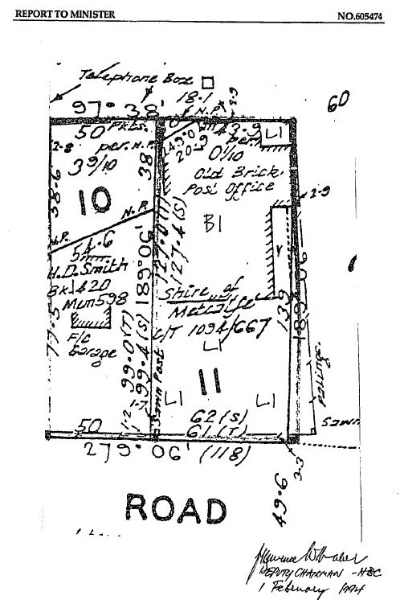 The Chewton Post Office is an essentially intact and fine example of a small post office, with arcade and round arches, designed by the Public Works Department in the period 1870-1885. It was constructed following the appointment of the former Chewton mayor and councillor, JB Patterson, to the Commissioner of Public Works in 1879. Patterson had previously said that he would like to provide Chewton with a "nice little public building".

The Post Office is an example of the work of Public Works Department architect, George Watson, whose other work includes the design of the Bendigo Post Office.

The Chewton Post Office is an extraordinary example of the importance of local enterprise in ensuring the continued provision of postal services on the premises long after the then Postmaster-General's department had decided that the purpose-built post office was surplus to the Commonwealth's requirements, because of the declining fortunes of the town in the post-gold rush era.