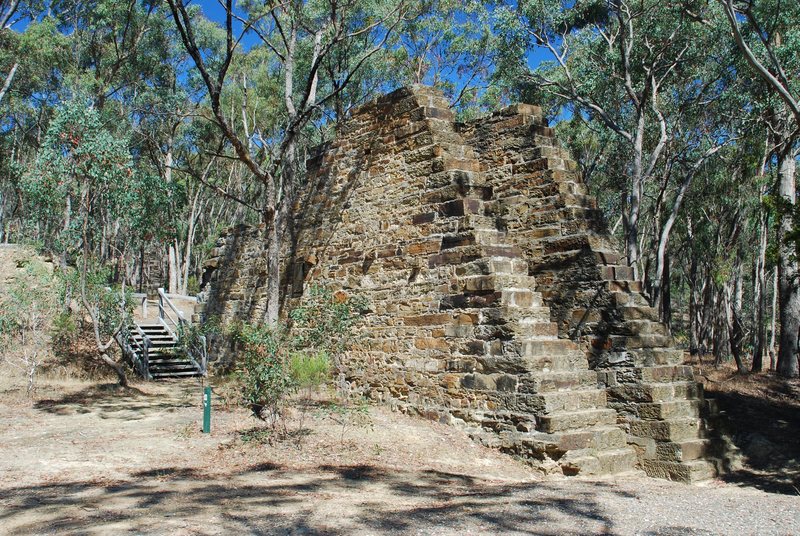 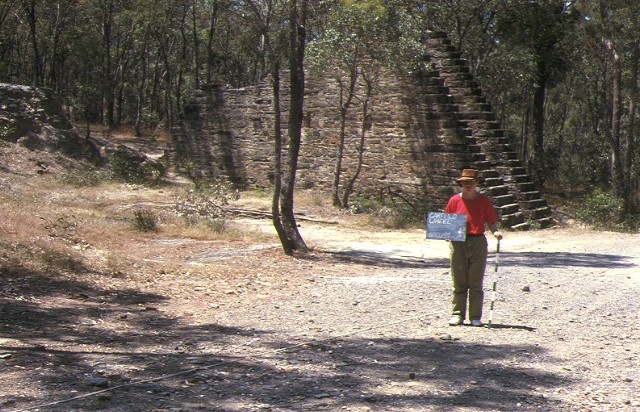 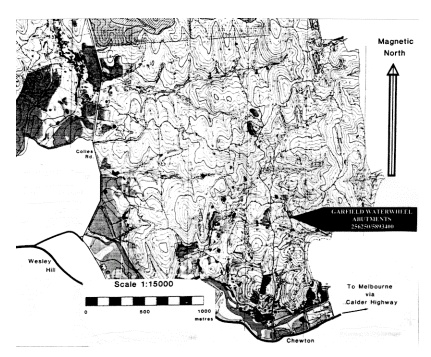 Quartz reefs near the site were being worked as early as 1856. During the mid-1880s the reefs were being mined by the Garfield Company. In 1887, the company relocated their 23-head quartz crushing battery, replacing its steam boilers with a 70ft diameter waterwheel. The wheel was mounted on large stone foundations and was set in motion by a supply of water from a nearby water race. The race had been installed by the State government, as part of the Coliban Water Supply Scheme. The battery and waterwheel were later operated by the Forest Creek Gold Mining Company until about 1903.

The Garfield Waterwheel Quartz Gold Mining Site is of historical, archaeological and scientific importance to the State of Victoria.

The Garfield Waterwheel Quartz Gold Mining Site is historically and scientifically important as a characteristic example of an important form of gold mining. Gold mining sites are of crucial importance for the pivotal role they have played since 1851 in the development of Victoria. As well as being a significant producer of Victoria's nineteenth century wealth, quartz mining, with its intensive reliance on machinery, played an important role in the development of Victorian manufacturing industry. The Garfield abutments are associated with the largest waterwheel ever erected in Australia, and along with a similar but smaller example at Mopoke Gully are testament to an innovative use of waterwheel technology in an environment that was too dry to accommodate it, until the arrival of water from the Coliban system. The Garfield Waterwheel Quartz Gold Mining Site is a rare and well preserved artefact of what was once a relatively common technology on many Victorian goldfields, particularly those in the alpine regions.

The site of the Garfield Waterwheel Quartz Gold Mining Site is also scientifically significant for its potential to yield artefacts and evidence which will be able to provide information about the technological history of gold mining.