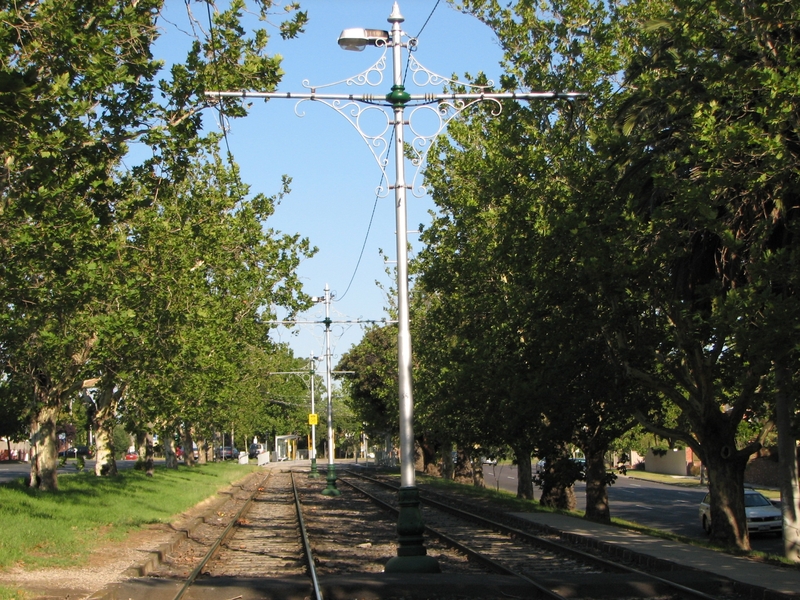 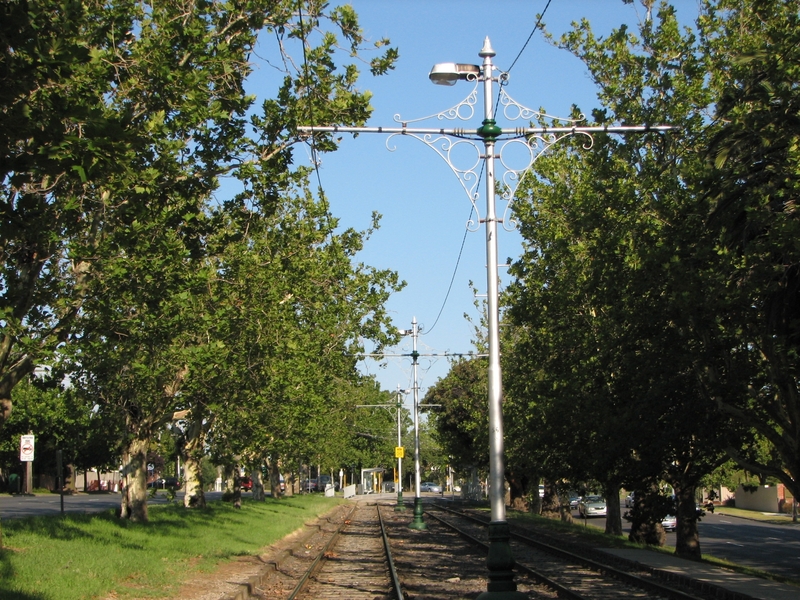 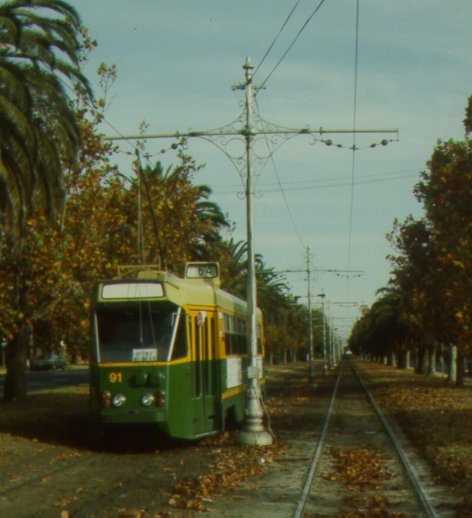 The Ornamental Overhead Tramway Poles incorporates poles in a number of different locations. The Dandenong Road electric tramway with its ornamental centre pole and overhead wire support system was the first major extension of the suburban electric tramways by the Prahran & Malvern Tramways Trust in 1910. The centre poles were supplied by Noyes Bros (Melb) Pty Ltd, as agents for the Mannesmann Tube Co Ltd of Dusseldorf, and the overhead electrical wiring was installed by the British Insulated and Helsby Cable Co Ltd. The Dandenong Road line opened on 16 December, 1911. It was taken over by the Melbourne & Metropolitan Tramways Board in 1920 and is now part of the Public Transport Corporation's tramway network. The tramway poles in Peel Street North Melbourne, Fitzroy Street St. Kilda and Victoria Parade East Melbourne were erected by the Melbourne & Metropolitan Tramways Board between 1925 and 1929, as part of the Board's scheme to electrify the cable tramways and to integrate existing electric tramways by the construction of new electric lines. The poles are expressive of the development of an integrated electric tramway network by the Melbourne & Metropolitan Tramways Board during the 1920s and 1930s and the Board's determination to construct "parked tramways" wherever possible.

The Ornamental Tramway Overhead Poles are of historic and aesthetic significance to the State of Victoria.

The Ornamental Tramway Overhead Poles are historically significant for their association with the formative decades of electric tramway development in Melbourne. The Dandenong Road poles are the earliest tramway centre poles remaining in Melbourne and reflect the aspirations of the Prahran & Malvern Tramways Trust. The Trust was one of the most significant and successful of all the municipal undertakings and its services were partly responsible for the expansion of the residential suburbs south of the River Yarra.

The Ornamental Tramway Overhead Poles are aesthetically significant for their refined early 20th century ornamental design. As street furniture they demonstrate the high standard of infrastructure adopted by the Prahran & Malvern Tramways Trust. The poles on Dandenong Road are enhanced by the flanking avenues of trees and lawns that combine to create one of Melbourne's significant boulevards. The poles are an unusual and integral element of the infrastructure of Melbourne's tramway system, one of the largest electric tramway networks in the world.