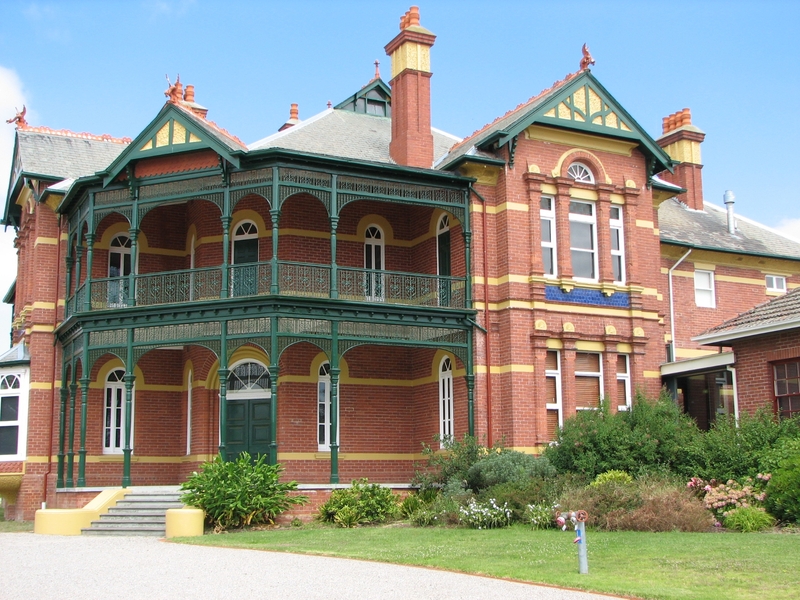 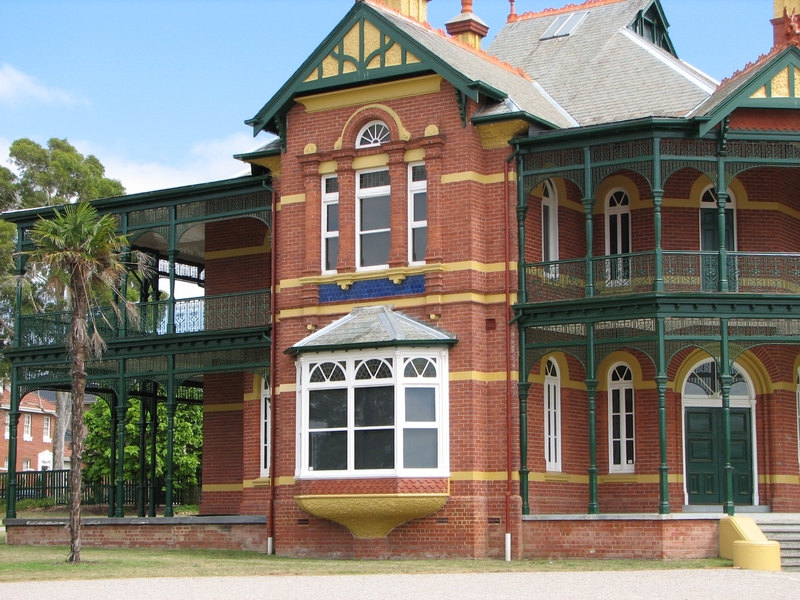 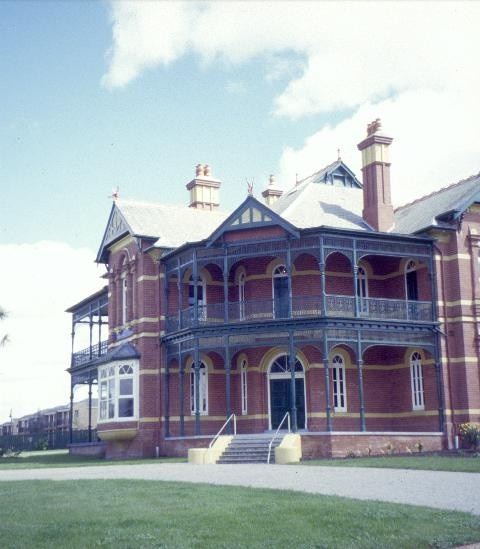 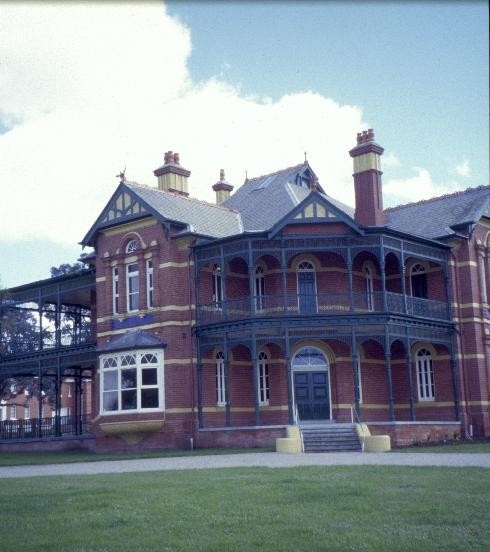 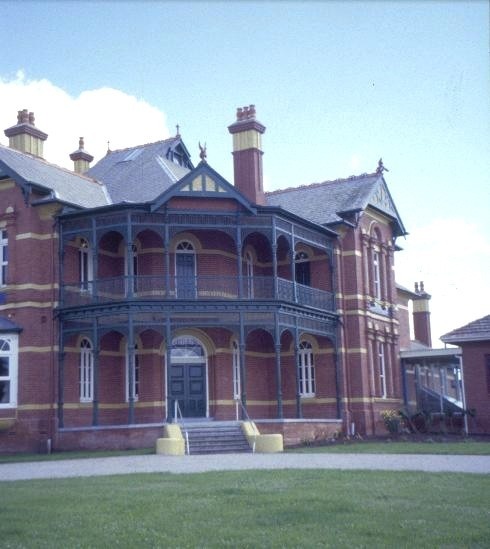 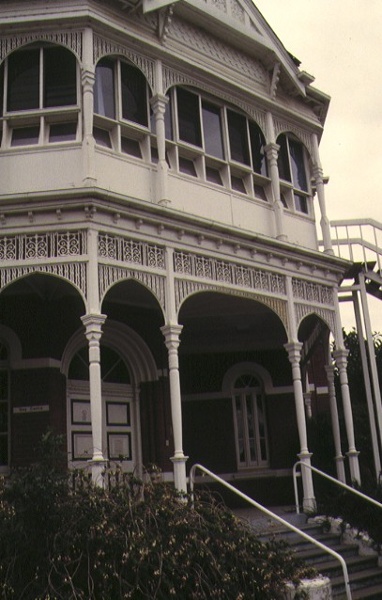 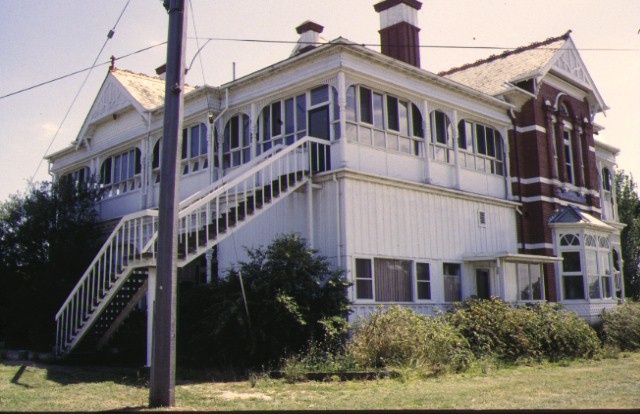 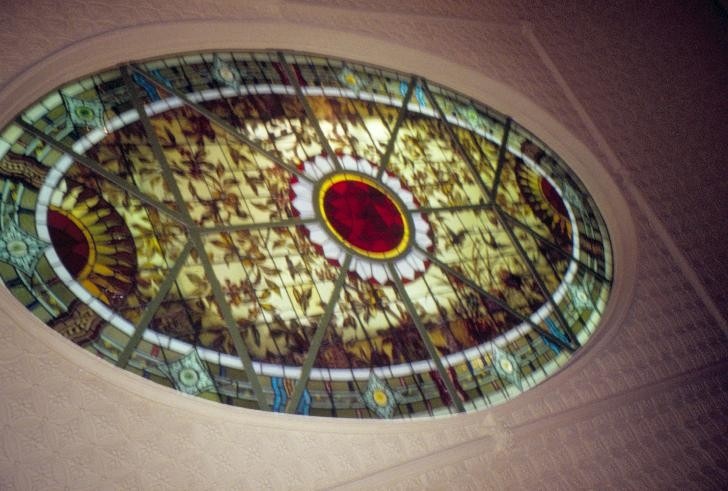 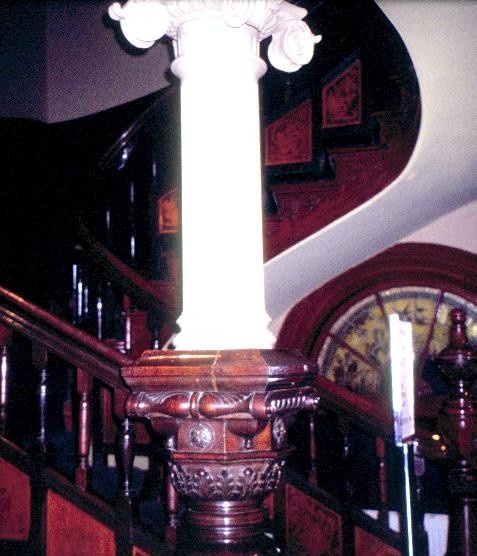 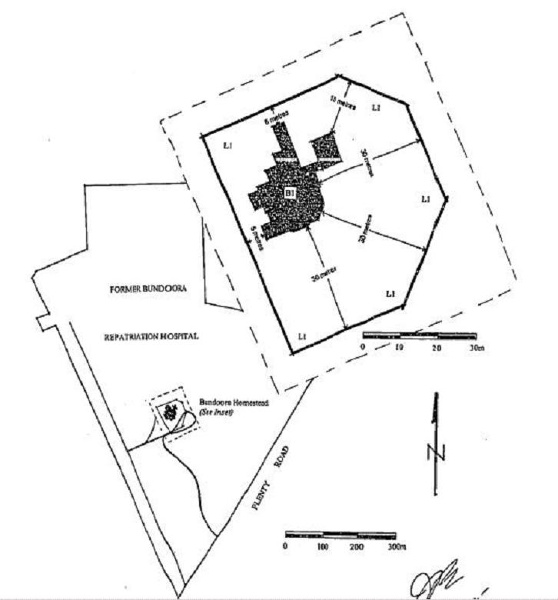 The Bundoora Park Homestead (the Former Bundoora Repatriation Hospital Day Centre) is a 14 room mansion built for John MV Smith, a prominent identity in the racing industry, in 1899/1900. It is a two storey, asymmetrical red brick Queen Anne building designed by Sydney H. Wilson, in conjunction with Percy Oakden, and built by JB Sewell & Co. The interior of the building contains outstanding examples of stained glass, architectural pyrography work, and other fine craftsmanship. The property was acquired by the Repatriation Commission in 1920 and became the Repatriation Mental Hospital, Bundoora in 1924. The homestead was converted into a day hospital in 1968 and utilised as such until the Bundoora Repatriation Hospital was decommissioned in 1993.

The Bundoora Park Homestead is important as the building contains several significant pieces of stained glass which can be attributed to Auguste Fischer who was a leader in Arts and Crafts circles and an important glass artist of the period. The Bundoora Park Homestead, and its later use as a psychiatric repatriation facility, has important social associations as its acquisition indicates the urgent need for accommodation and care for returned service personnel. The building's isolation suited the prevailing official and public attitudes to the mentally ill and at the same time provided a restful environment for rehabilitation and the opportunity for self sufficiency in food production.

The Bundoora Park Homestead was the principle building of the state's first repatriation facility.

The Bundoora Park Homestead is an extraordinary, rare and essentially intact building of a Queen Anne building type.

The Bundoora Park Homestead is a typical example of a large mansion converted for institutional use.

The Bundoora Park Homestead is associated with John Matthew Vincent Smith, a prominent figure in the horse breeding and racing industry in the early 1900's

The interior decoration of the Bundoora Park Homestead demonstrates outstanding and rare craftsmanship. The building contains an extensive scheme of stained glass which is a significant example of the work of a leading artist, Auguste Fischer, and which has considerable intrinsic artistic merit. The large stairwell oval light is particularly outstanding. The staircase and upper landing are decorated with a complete and consistent set of pyrography panels that are outstanding in terms of their number and intact condition, and their rarity as an example of pyrography work used architecturally. Other internal decorative features also exhibit outstanding craftsmanship