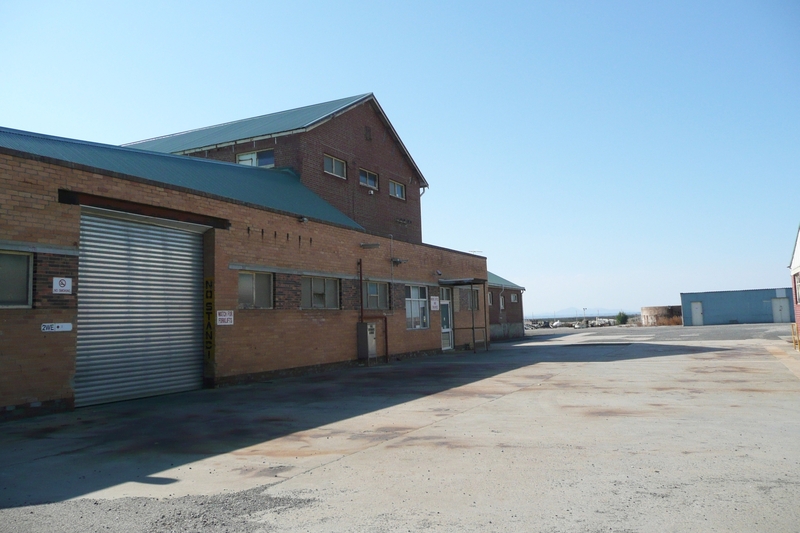 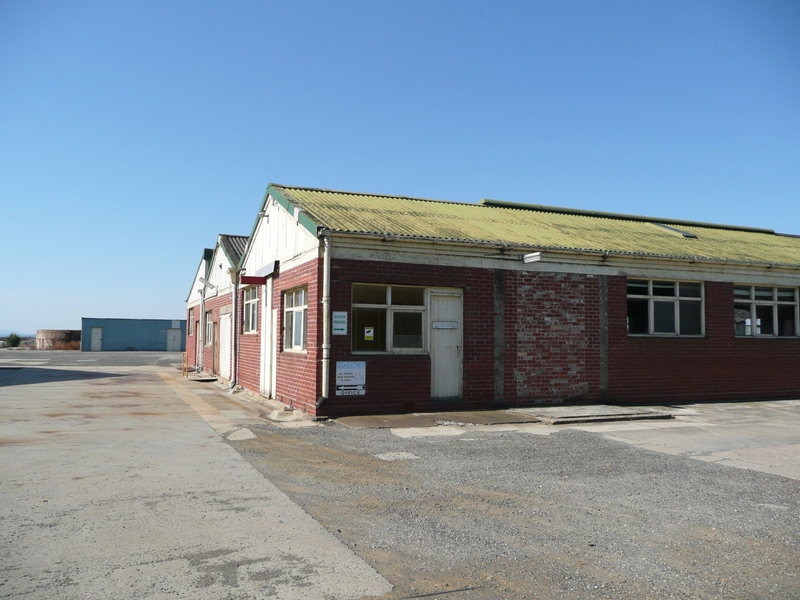 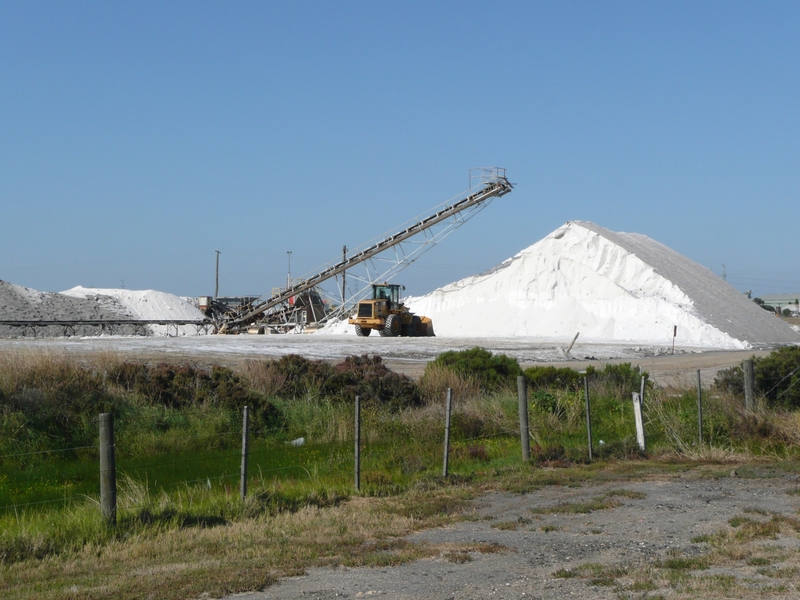 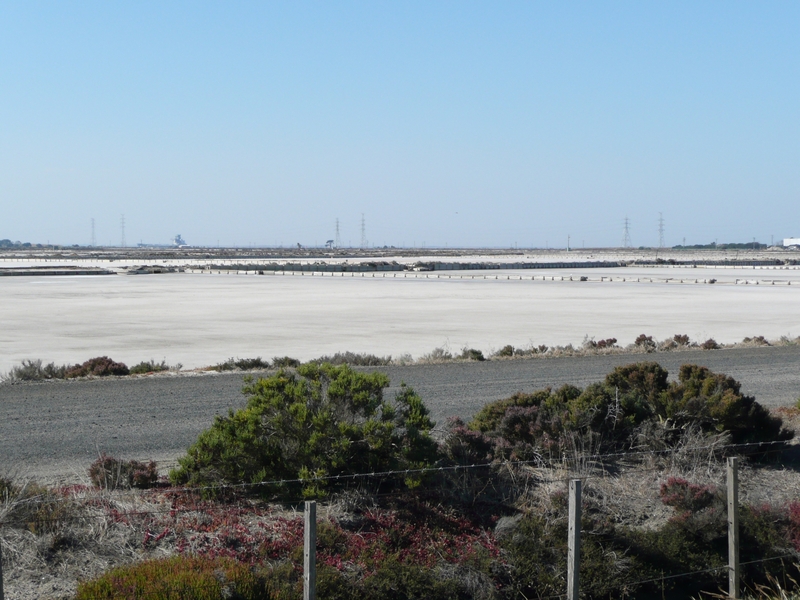 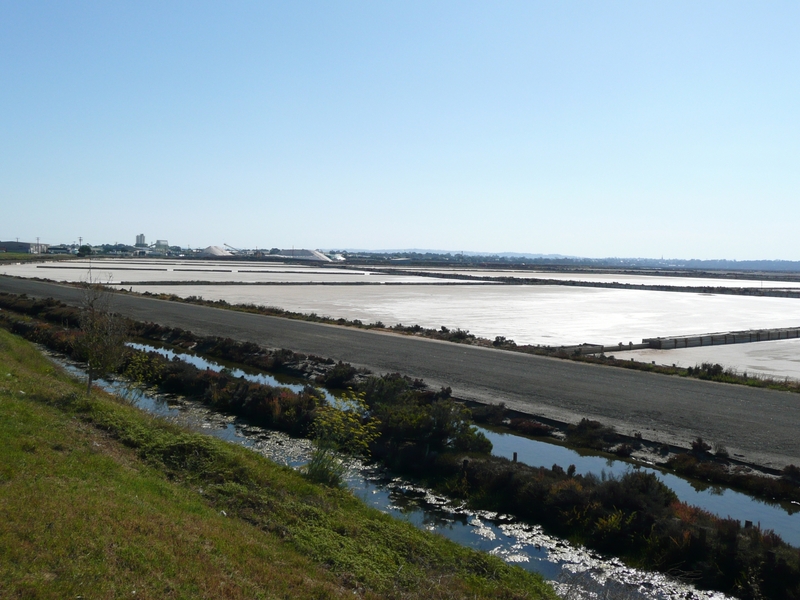 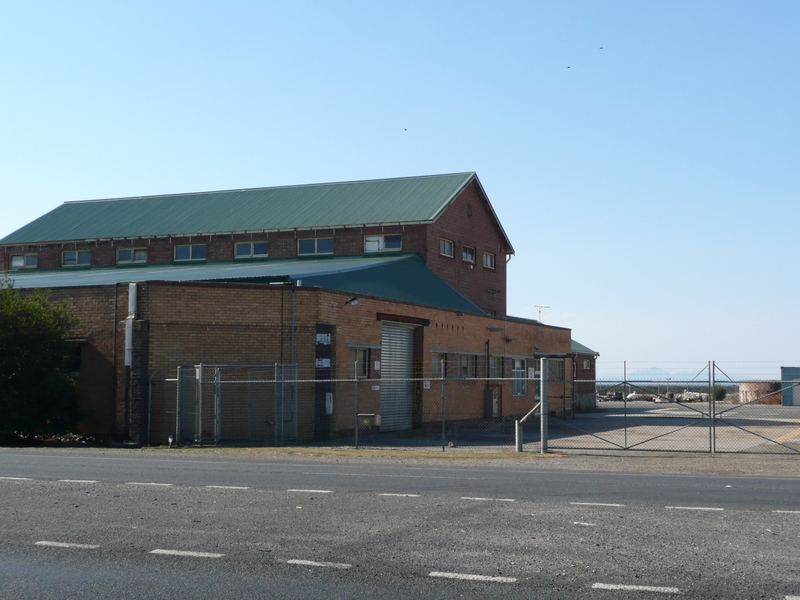 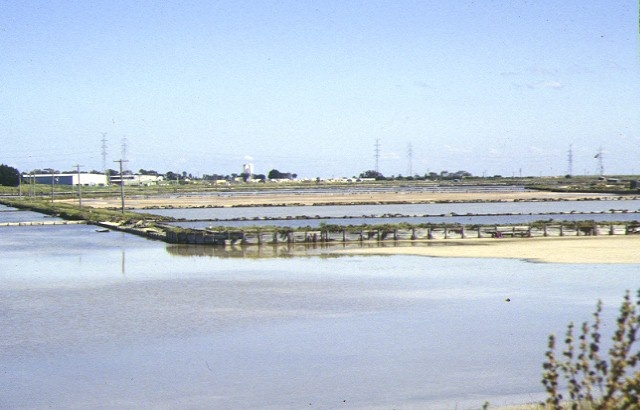 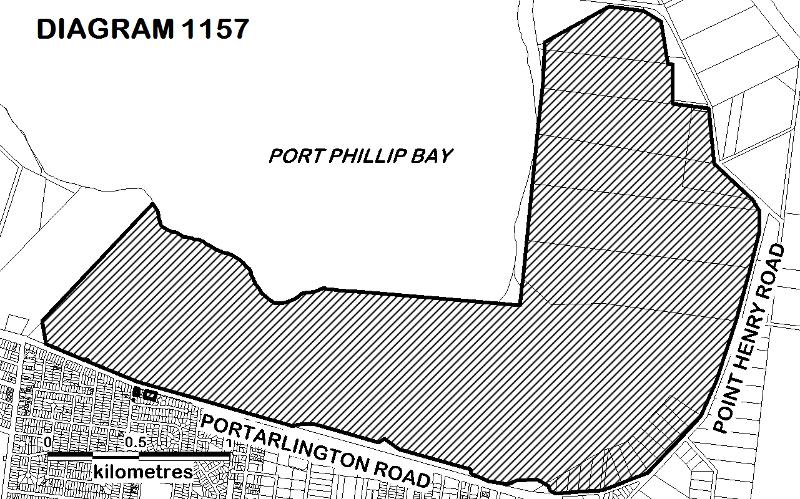 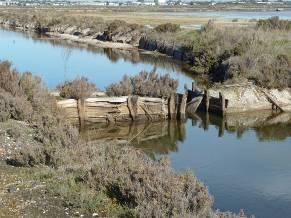 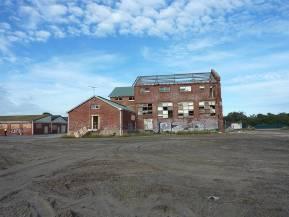 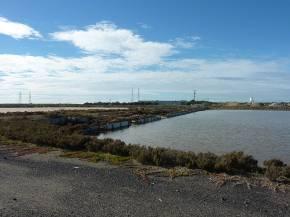 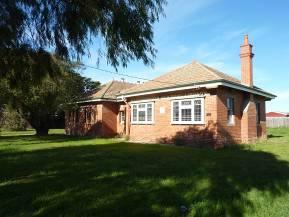 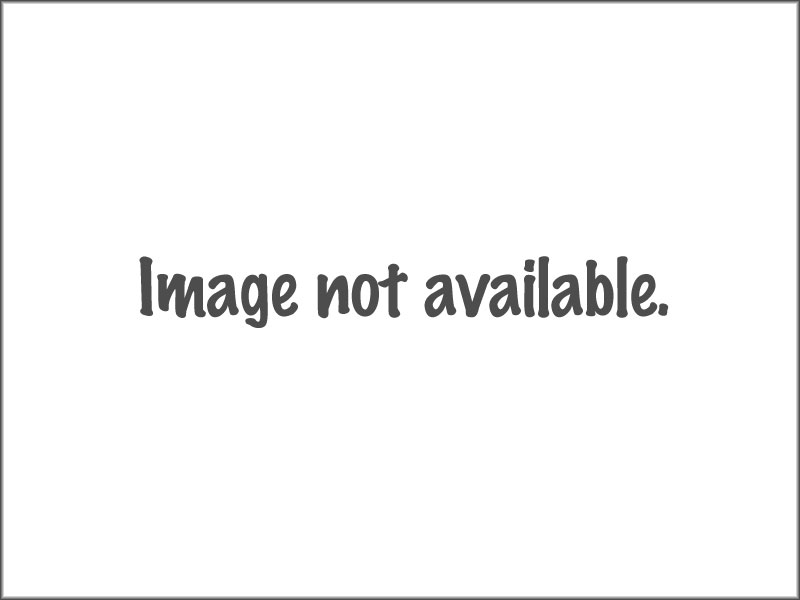 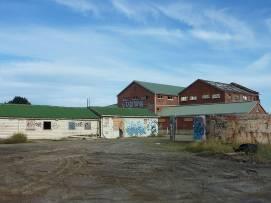 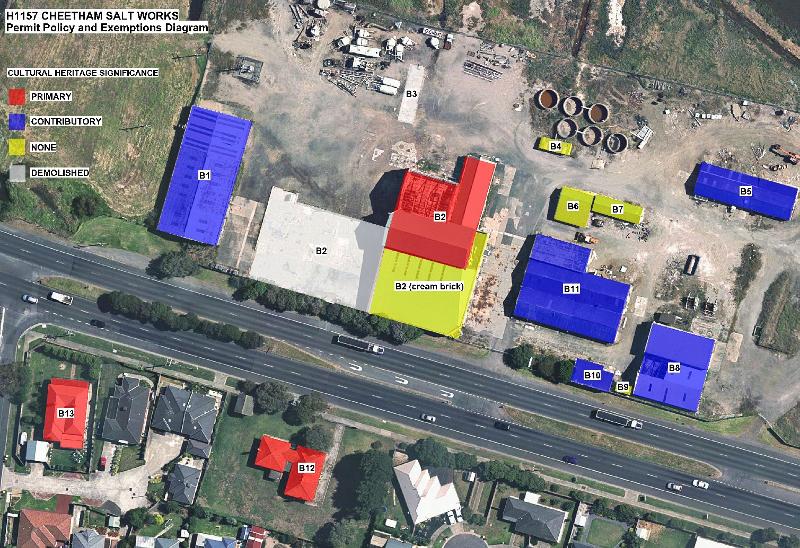 The Cheetham Saltworks, Moolap, is an extensive industrial site, spread over an area of approximately 500 hectares. It consists of a series of evaporation and crystalliser pans, an extensive basalt sea-wall and a memorial hall/library building and former manager's residence, both of which are located on allotments south of Portarlington Road. The site also includes administration and workshop structures and associated land, located north of Portarlington Road; however none of the existing buildings are original and largely date from the mid to late 20th century.

Richard Cheetham, a manufacturing chemist, arrived in Australia in 1862, with some knowledge of the salt gathering industry in Southern Europe, and made initial attempts at evaporative salt production on French Island in the early 1870s. He realised the potential for producing salt on large flat areas of the Victorian coastline, using solar evaporation of seawater, and in 1888 leased 650 acres (263 hectares) of land on Port Phillip, east of Geelong and constructed a saltworks which was largely modelled on examples in the south of France. His initial 21 year lease at Geelong from the government was extended to 99 years in 1892, and the company became known as 'Richard Cheetham and Company, Victoria Salines'. Retired bank manager, Alexander W Cunningham, joined the company as a partner in 1890 and provided financial backing. His son Andrew assumed the position of managing director of the company after Cheetham's death in 1900 and a second son Alexander assumed this position in 1921. A house was erected for the manager c1890s on land adjacent to the Saltworks. The company, known as Cheetham Salt Pty Ltd from the early 20th century, employed large numbers of local workers, and a building was constructed adjacent to the house in the 1920s as a recreational hall and library for employees. Cheetham Salt Pty Ltd built a second saltworks in Laverton in 1924 and a third at Avalon in 1951. The Moolap Saltworks closed for a period in the 1990s and then ceased operation in 2009.

The majority of the Cheetham Saltworks site consists of an interconnected series of evaporation and crystalliser pans, delineated by low earthen walls shored by timber planking. An extensive basalt sea-wall remains which provided a controlled inflow and outflow of salt water via a sluice system and operated in tandem with a series of pumps located throughout the fields. Various items of equipment, generally dating from the later 20th century period, remain at the site. The administration and workshop area, located on the north side of Portarlington Road, consists of a group of corrugated iron, timber and red brick structures, which generally date from the mid to late 20th century. None of the original buildings have been retained and very little of the buildings erected prior to 1940 remain. Immediately to the south are two associated buildings: the former manager's residence and the Cunningham Memorial Hall and Library. The former is a single fronted timber weatherboard Late Victorian styled house, and the latter a two wing red brick building, dedicated to two members of the Cunningham family killed in World War I.

This site is part of the traditional land of the Wathaurung.

The Cheetham Saltworks, Moolap is of historical, archaeological and scientific (technical) to the State of Victoria and satisfies the following criterion for inclusion in the Victorian Heritage Register:

The Cheetham Saltworks, Moolap is significant at the State level for the following reasons:

The Cheetham Saltworks, Moolap is historically significant for its associations with the early and highly important salt industry in Victoria. It was the first successful solar saltworks established in Victoria and the extensive industrial site demonstrates the early evolution of the salt industry. Cheetham Salts continued as an important and prominent Victorian industry throughout the 20th century and remains a pre-eminent producer of salt products. [Criterion A]

The Cheetham Saltworks, Moolap has the potential to contain historical archaeological deposits, features and/or objects associated with the use and occupation of saltworks, particularly in the industrial complex of buildings and structures. These have the potential to reveal further information about the operation of salt production in Victoria. [Criterion C]

The Cheetham Saltworks, Moolap is an extensive site which displays the typical characteristics of this particular industry. Despite the lack of original buildings, the site is an important remnant of the salt industry as it clearly demonstrates the important processes of salt production in its extensive network of salt pans. [Criterion D]

Cheetham Saltworks, Moolap demonstrates a high degree of technical achievement in its successful introduction, application and modification of the salt gathering processes already in use in Europe in the late 19th century. Important remaining components of the industry include an extensive basalt sea-wall and extensive areas of evaporative and crystalliser pans. [Criterion F]

The founder of the Cheetham Saltworks, Richard Cheetham, was a pioneer in the Victorian salt industry, a prominent Geelong industrialist and resident, and the original owner of a business which became the pre-eminent producer of salt products in Victoria. [Criterion H]

The Cheetham Saltworks, Moolap is also significant for the following reasons, but not at the State level:

The Cheetham Saltworks is of local importance as one of the major providers of employment in Geelong for many years. The integral role played by the business in terms of the family and social life of its employees is reflected in the provision of recreational facilities and activities for its employees and their families. [Criterion G]

The Cheetham Saltworks is of local historical significance for its association with the Cunningham family, which played an important role in the company over a number of years. [Criterion H]