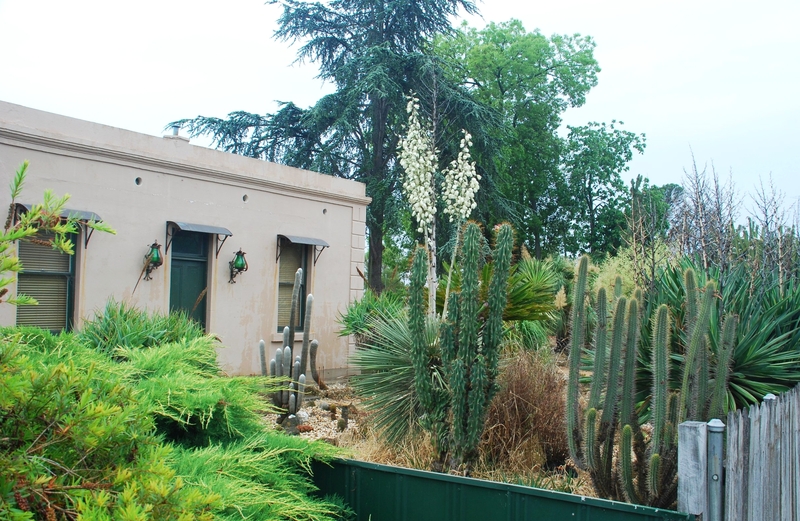 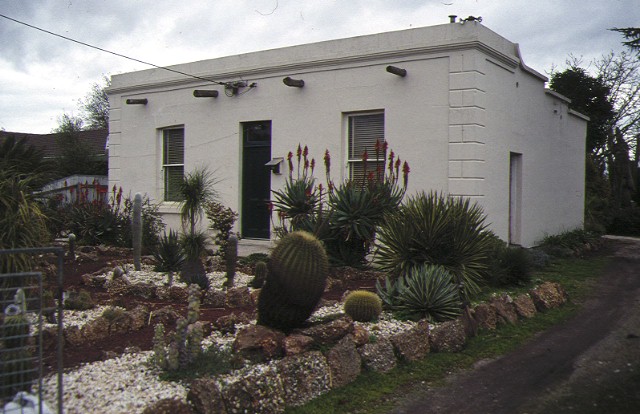 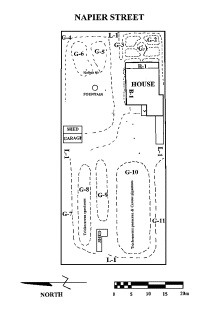 Indigenous to the Americas, cacti and succulents were popular in Britain and Europe from the 1830s. In 1880 William Guilfoyle had converted a conservatory at the Melbourne Botanic Gardens into a Succulent House and in 1884 Frederick Sargood had a collection of cacti at Rippon Lea. Extensive use was made of cacti in rockeries created by William Guilfoyle at Melbourne Gardens during 1897-1900. Cacti were popular with amateur gardeners particularly from the 1920s. During the following decades the newly formed Cactus and Succulent Society enthusiastically promoted these plants as did many popular home and gardening journals.

In 1933 Dawson's Cactus Garden was established by Tom H Dawson and Justin Gill on a suburban Bendigo allotment of just over one acre, which still retained its 1867 residence. They planted half a paddock of Pilocereus seeds imported from the United States and within a decade the nursery had become the main supplier of cacti in Victoria and was exporting some of the more exotic species back to their country of origin. An early Dawson & Gill catalogue lists over 2,000 species in their nursery and garden. By 1962 they had maintained the largest cactus nursery in Australia for over 25 years, with a market that covered Australia, New Zealand, Canada, Hong Kong, Malaysia, Great Britain and the United States. The garden remained open until the 1980s when it closed after the death of Tom Dawson. It was sold in 1992 and renamed the 'Bendigo Cactus Garden'. A quarantine shed and propagation house have since been demolished, but the Dawson residence (1867) remains. The former wrought iron front fence and gate is currently held in storage on the property.

The former Dawson's Cactus Garden is of historic, scientific and aesthetic significance to the State of Victoria.

The former Dawson's Cactus Garden has importance for Victoria's garden and horticultural history as the one-time largest and most influential succulent and cacti nursery in the State. The garden and nursery has further cultural importance for its role in shaping the taste of amateur and professional gardeners alike from the 1930s until the closure of the business in the 1980s, as well as for contributing to a wider understanding of horticultural trends in Victoria. The garden is important for its rare role as a former cacti and succulent nursery garden, and today its remaining display plantings continue to be important for their rarity as a diverse collection of specimens. The house, as Dawson's residence, contributes to the historical importance of the garden.

The former Dawson's Cactus Garden is scientifically important for its collection of outstanding individual specimens of cacti and succulents, amongst which are many plants imported in the period prior to restrictive quarantine embargos. Many of these specimens were quarantined at the nursery, and propagated for wider distribution. The collection has further scientific importance for comprising the largest examples of many species now rare in cultivation.

The former Dawson's Cactus Garden is aesthetically important for its concentration of diverse plantings of cacti and succulents which exhibit an assortment of textures and colours, with spectacular shapes and sizes that range from gigantic to dwarf. The dramatic groups of columnar cacti are particularly notable. The garden beds formed by quartz conglomerate edging are notable landscaping features.