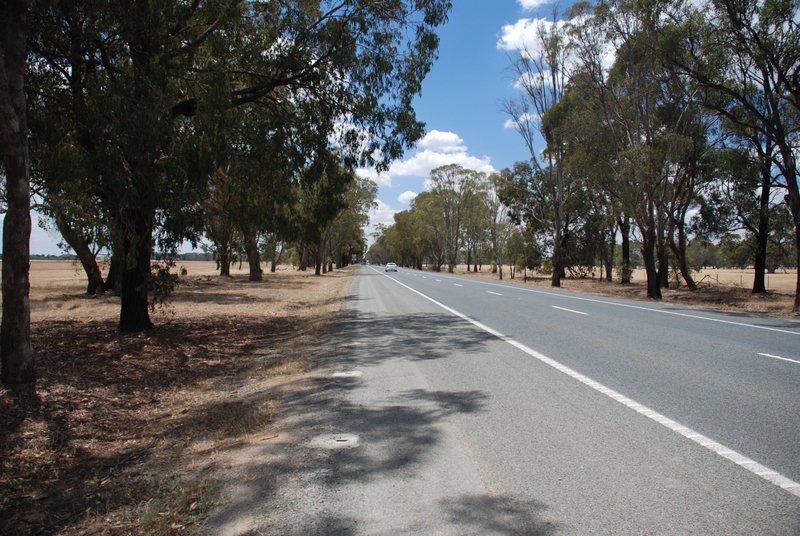 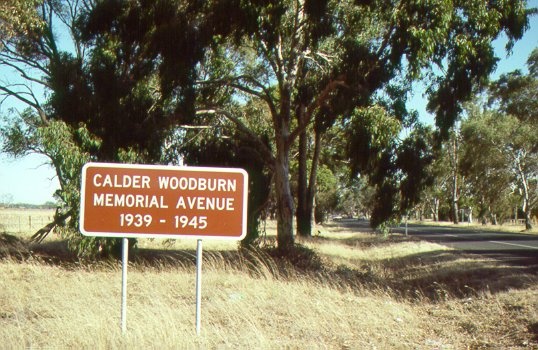 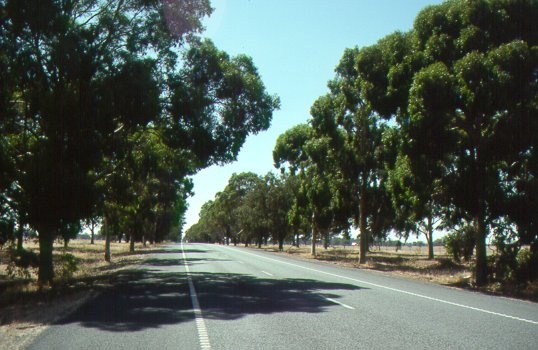 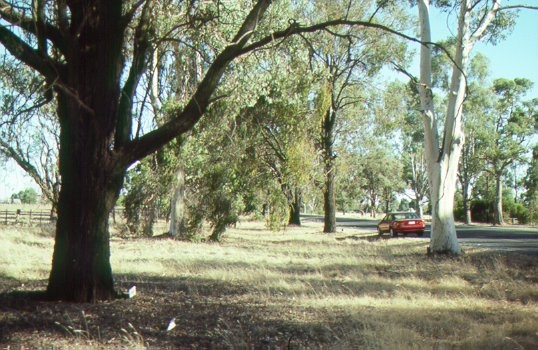 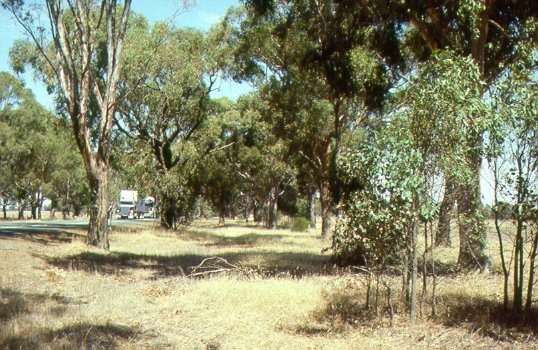 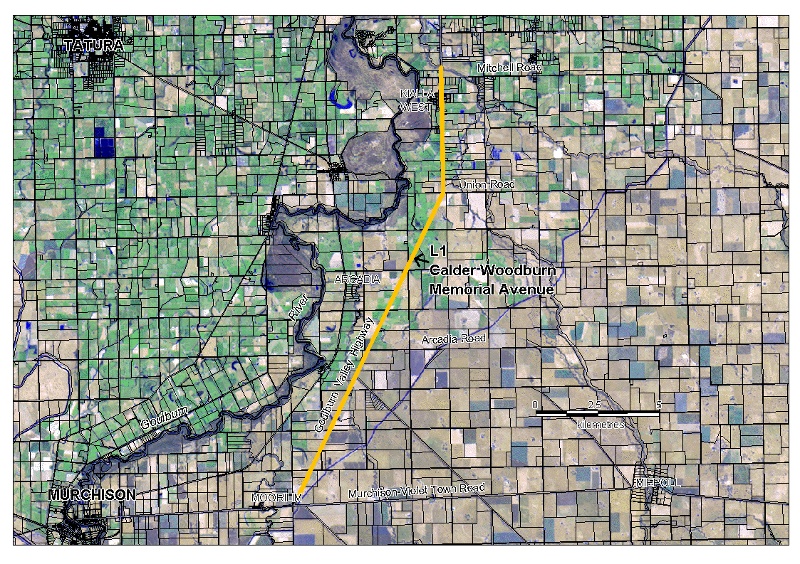 What is significant?
The Calder Woodburn Memorial Avenue was planted between 1945 and 1949 by Mr JLF (Fen) Woodburn as a living memorial to his son Calder who lost his life while serving abroad with the Royal Australian Air Force. Calder Woodburn, a graduate of Dookie Agricultural College, enlisted 1940. He failed to return from a mine laying mission along the French coastline in April 1942. In late 1943 Fen Woodburn offered to plant two rows of trees for a distance of 9.5kms along the Goulburn Valley Highway as a memorial to his son. Starting in 1945, by August 1947 Fen Woodburn had planted all the 1406 trees to complete his original vision. In 1948 he extended by a further 638 trees. In its final form the avenue was extended, in four rows, as far as the Murchison-Violet Town Road in 1949 making a total of 2,457 trees. Woodburn wanted the Avenue to be a memorial to all local servicemen who did not return from the Second World War. Memorial name plates were fixed to 110 of the trees, the trees selected being at the nearest point to the servicemen?s homes.

How is it significant?
The Calder Woodburn Memorial Avenue is of historic, aesthetic and social significance to the State of Victoria.

Why is it significant?
The Calder Woodburn Memorial Avenue is historically significant for its commemorative association with servicemen who died during the Second World War. Planted by Fen Woodburn between 1945 and 1949 initially as a memorial to his son Calder, the Avenue is the grandest and largest of the Second World War commemorative planting in Victoria and is important for its use of only Eucalyptus species. The use of Australian native trees is particularly historically significant when contrasted to the almost universal use of exotic species for First World War memorial avenues and is consistent with a different view of Australian national consciousness which emerged after the fall of Singapore in 1942.

The Calder Woodburn Memorial Avenue is aesthetically significant as a prominent landscape planting of more than 2,400 trees over a length of nearly 20 kilometres along the Goulburn Valley Highway. About one third are Eucalyptus camaldulensis, and the other two thirds consists of roughly equal numbers of Eucalyptus cladocalyx, Eucalyptus microcarpa, Eucalyptus melliodora, Eucalyptus maculata, Eucalyptus polyanthemos, and Eucalyptus sideroxylon. There are some Eucalyptus leucoxylon, Eucalyptus citriodora, and a few other unidentified Eucalyptus species. The whole forms an outstanding designed landscape and roadside planting of a scale and complexity not seen in Victoria. The uniform planting, tree form, size and maturity provides an outstanding landscape forms a dominant feature in the flat surrounding countryside, which is largely cleared for agriculture. The various bark characteristics and the alternating Ironbark and Lemon-scented Gums which provide contrasting texture and colours are also of interest. The visual impression, lineal form, planting density and landscape character of the planting are distinctive and contribute strongly to the experience of the road user. The planting is a rare example in Victoria using four rows of formally planted trees.

The Calder Woodburn Memorial Avenue is socially important for its relationship with the community as a memorial to servicemen who died during the Second World War. The Avenue was conceived as a living memorial and is recognised by the Returned Services League and the community for its continuing commemorative importance.