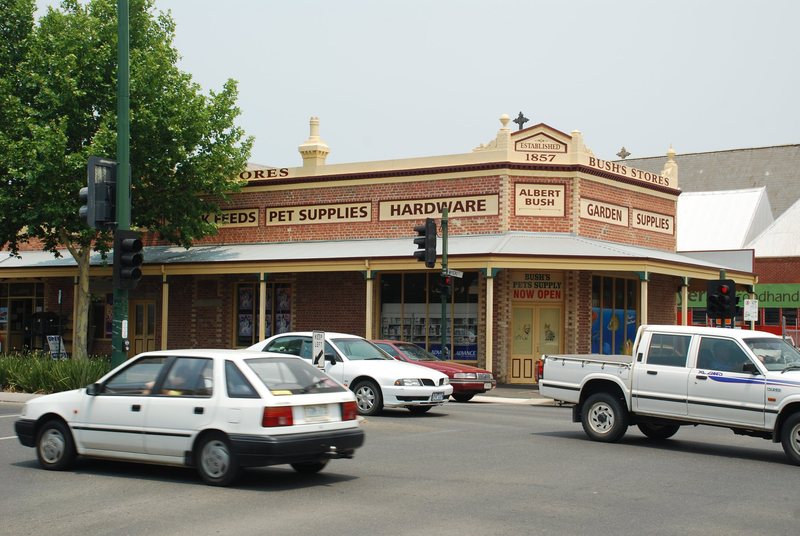 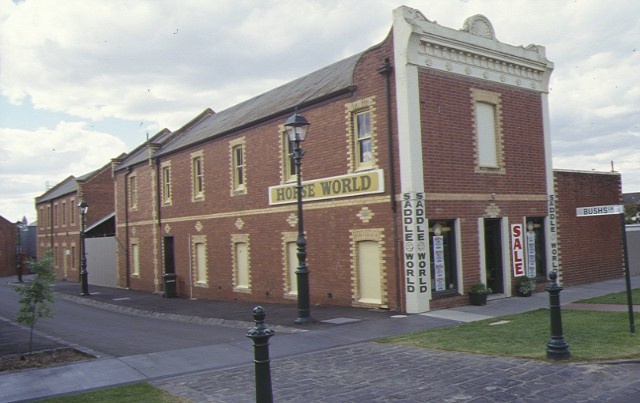 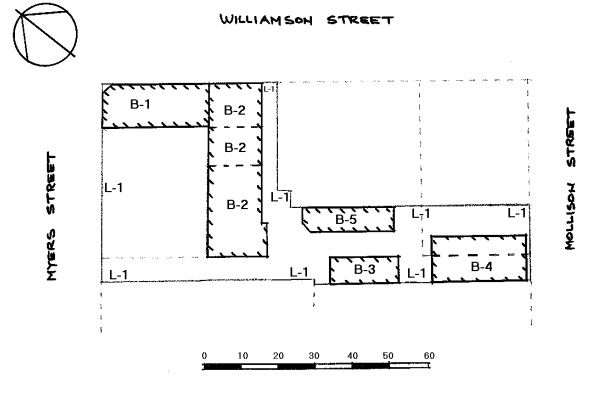 Bush's Store complex was constructed in stages from 1857 to 1890 during the first generation of settlement at Bendigo. It was built for Albert Bush, one of Bendigo's leading storekeepers in the nineteenth century. Ownership remained in the Bush family and descendants for 140 years until 1997. Much of the original function remains to this day.

The complex comprises a group of Victorian style buildings, mostly designed by John Bain. The corner 1885 building is a single storey brick structure with a brick parapet with cornice and a prominent corner entrance in polychrome brickwork, now painted. The Albert Bush building, built in 1857, is a simple solid brick single storey building with a non original verandah and facade. Some original or early shop fittings remain inside. The two storey double gabled Tea Loft was constructed in 1881 behind the original shop. The original roof was clad in bark and is still in-situ and visible from inside with corrugated iron over. The water well survives between the original 1857 building and Tea Loft building. The 1889-90 two storey bi-chromatic brick Chaff House attached to the rear of the Tea Loft has 'M' shaped king post roof structure lined with weatherboarded 'ceilings'. Most early brick flooring on the ground remains in-situ, upper floors are of timber. The Stable is a two storey, single gabled Victorian polychrome brick building built around 1890. The Oil Store, erected in 1889, is very similar in style, detail and scale to the Stable building. The single storey, skillion roofed, timber framed Shed was relocated from where the Chaff House was erected in 1889-90 to its current location. The building is clad in well weathered weatherboards on the elevation facing Williamson Street and clad with iron elsewhere. The Tea Loft, Chaff House and Stable building retain various original or early equipment.

Bush's Store is of historical and architectural importance to the State of Victoria.

The complex is architecturally important as a rare, large scale generally intact 19th century urban produce processing and commercial complex, constructed in stages from 1857 to 1890, still in use, with few alterations/additions since the 19th century. The complex is notable for the integrity of its interior and remaining equipment. The Tea Loft, Chaff House and Stables retain many traditional fixtures and fittings, machinery and equipment including shop fittings, bag elevator, bag chutes and running gear (pulleys, shafts, chains, timber guides and covers, secured timber ladders, brake pulleys, cathead and associated joinery for the running gear).

The complex is historically important for its association with the Bush family and descendants, a prominent family in Bendigo since the 1850s, who owned and operated the store for 140 years till 1997.