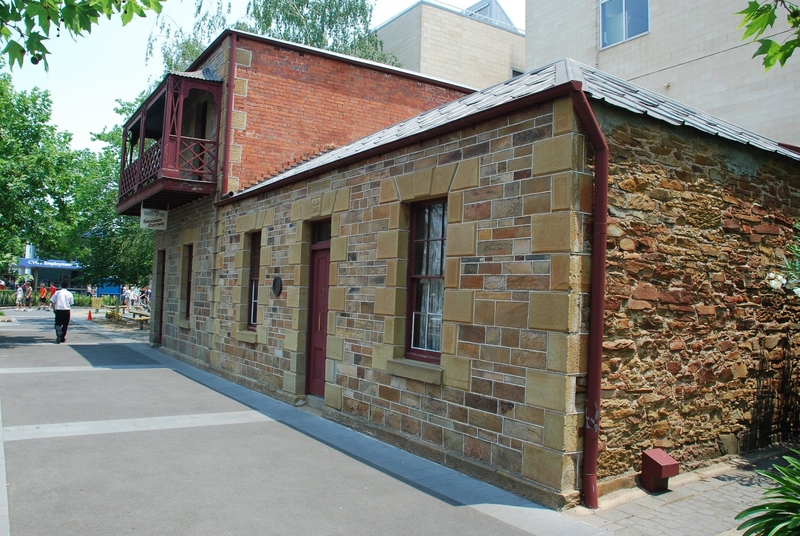 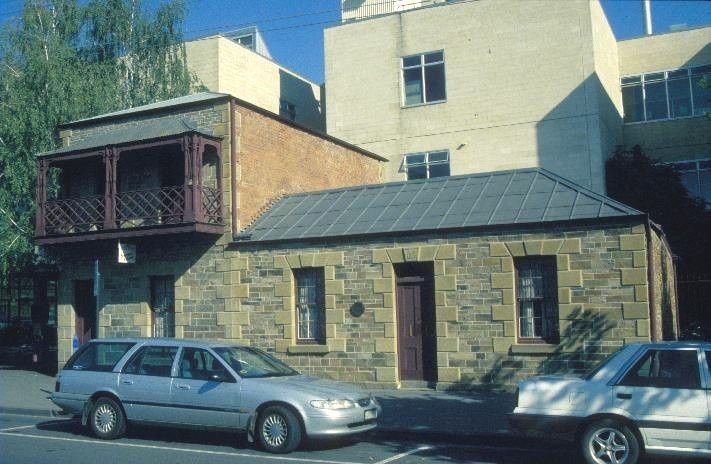 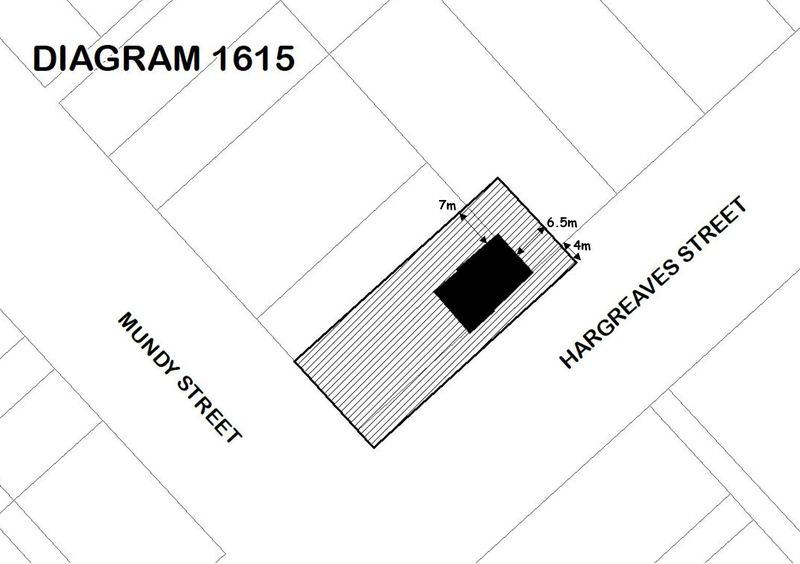 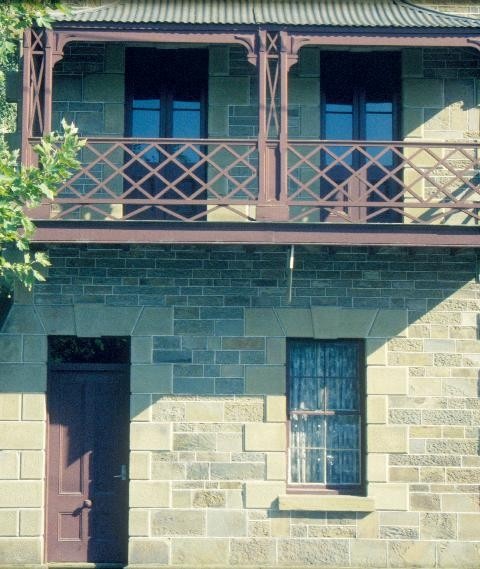 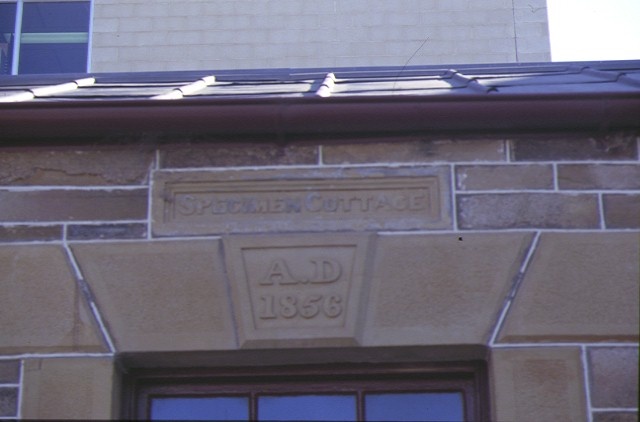 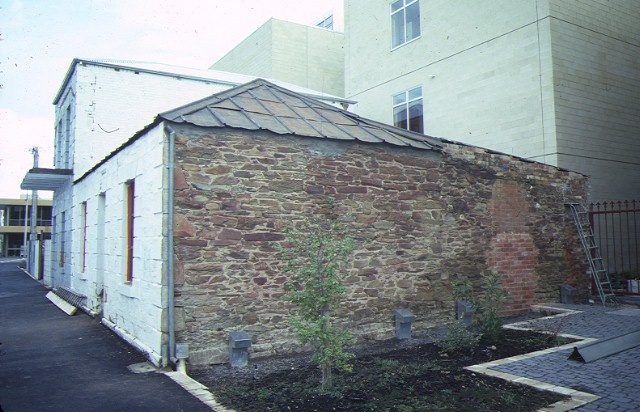 The house at 178-180 Hargreaves Street was built by stonemason James Brierly in two stages in 1856 and 1861, for and probably by himself, and is the oldest known house in Bendigo. The first part, a single storey cottage at number 178, was built in 1856, the date being recorded on the keystone above the front door. The name Specimen Cottage above the door indicates that it was probably intended partly to demonstrate Brierly's craft. In 1861 Brierly built the adjacent two-storey section at number 180 to match the earlier section. In 1864 the 1856 house was rented to a Maria Steel, whose occupation was listed in the rate books as 'harlot', which means that this is one of few houses in Bendigo known to have actually been used as a brothel at the time. Brierly was listed as living in both houses in 1865, and so it is possible that by then the two houses were interconnected as one. Brierly's son Samuel was the first student at the Sandhurst Corporate High School, which commenced at the site of the Bendigo High School in 1870. He studied medicine at Edinburgh University and later worked at the Beechworth Asylum for the Insane. Brierly also built the Royal Princess Hotel on the adjacent corner of Mundy Street in 1856-7, and several houses next to that in 1859, but this house on Hargreaves Street is the only survivor of the group. The house is now owned by the Bendigo College of TAFE, and was restored and renovated by the Public Works Department in the 1980s.

The house at 178-180 Hargreaves Street has two distinct parts. The 1856 section is a single storey building with a symmetrical front facade of local coursed sandstone rubble with dressed quoins and dressings to openings; the side walls are rubble, the rear and interior walls are of red brick. It has a central front door with one window on each side. The name, Specimen Cottage, and the date, 1856, are carved above the door. The roof, which was originally probably hipped, was later changed to join up with the side wall of the 1861 section, and is partly covered with Morewood and Rogers metal tiles and partly with corrugated iron. The 1861 section was built to match the earlier house in material and detailing, but is of two storeys; its side walls are of brick. On the ground floor there is a front door and one window. Across the first floor there is an elegantly detailed cantilevered timber balcony with a hipped concave roof and with two French windows opening into it. Such cantilevered balconies were once common in Bendigo but are now rare.

The house at 178-180 Hargreaves Street Bendigo is of architectural and historical significance to the State of Victoria.

The house at 178-180 Hargreaves Street Bendigo is architecturally significant as the oldest house in Bendigo, as one of the last examples of a simple two-storey stone artisan's house built in the Bendigo area, and also for its unusual conjunction of two distinct building forms. It is significant for the sensitive detailing around the openings, for the notable cantilevered first floor balcony and for the inscription above the front door. It is also significant for the unusual use of sandstone for the walls, and as a demonstration of the craft of its owner-builder, James Brierly.

The house at 178-180 Hargreaves Street Bendigo is historically significant as an intact example of an early artisan's house on the goldfields, and as a demonstration of the material success of its owner-builder. It is also significant as among the few to be documented as being run as a brothel in the nineteenth century, among the many rumoured to have been in Bendigo at the time.