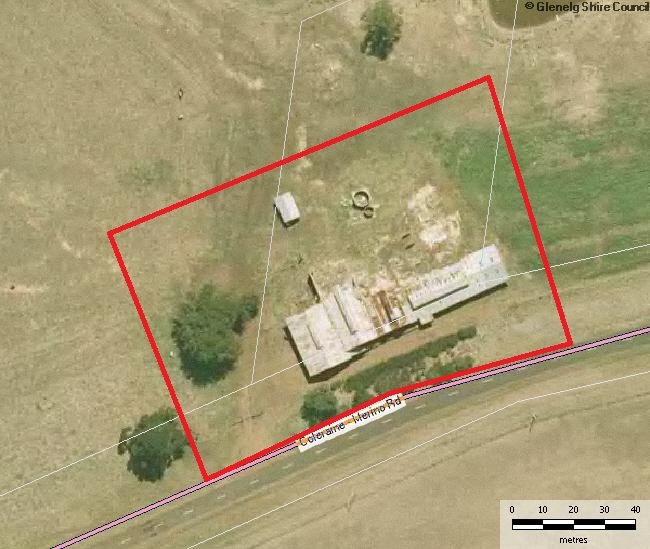 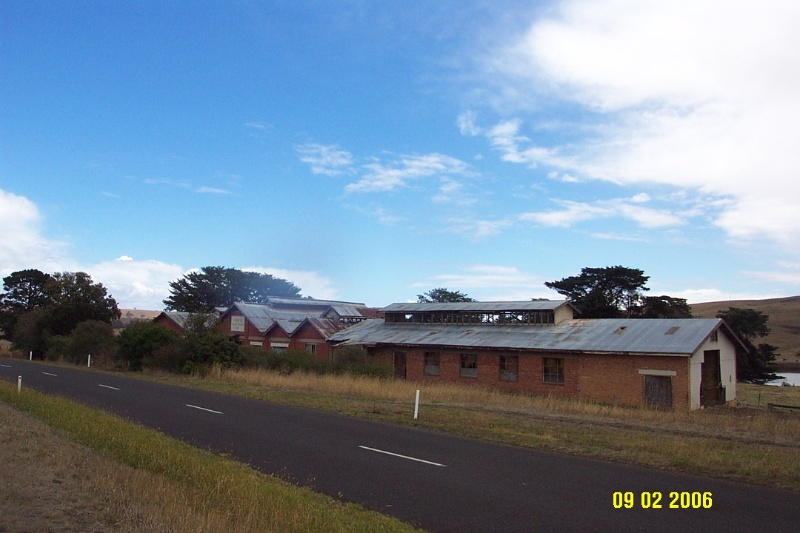 What is significant?
The former Merino Butter Factory is an industrial complex situated on the Coleraine-Merino Road, about five kilometres north east of the township of Merino. It is the second Butter Factory complex constructed for Merino and District, the first being located on the corner of Burke and High Streets, Merino. The main factory building on the current site is constructed of brick, with a series of gabled corrugated iron roofs, most with clerestory windows along ridge line. The brick factory complex was constructed in 1931, after the influx of Soldier Settlers from World War One increased the dairy production of the area. A Mr. Handbury owned and ran the first factory, in the town of Merino from 1910, and moved to this site as the need for more modern larger facilities became apparent. To the west of the main buildings is a hedgerow of mature Cupressus macrocarpa (Monterey Cypress) which probably date from the 1930s. The factory buildings are in fair condition, with most of the windows broken and several areas patched with corrugated iron. It is interesting to note the differences and similarities between the nearby former Butter Factory in Coleraine, in Southern Grampians Shire. The Merino Butter Factory retains a high degree of integrity.

How is it significant?
The former Merino Butter Factory is of historical significance to the township of Merino and the surrounding district as a representation of a dairy industry which started in the area in the later part of thenineteenth century. It is of historical significanceas aphysical reminder of a previous industry within the township, associated with two phases; firstcloser settlement around the turn of the century; and then soldier settlement from the First World War, post 1919. It is also important for showing us a way of life which is no longer supported. The Merino Butter Factory is of architectural significance as one of the few surviving industrial complexes around the township of Merino, and for its unusual roof line, which demonstrates the quick growth of the industry in the interwar period, and emphasis on fast construction, rather than fine architecture.