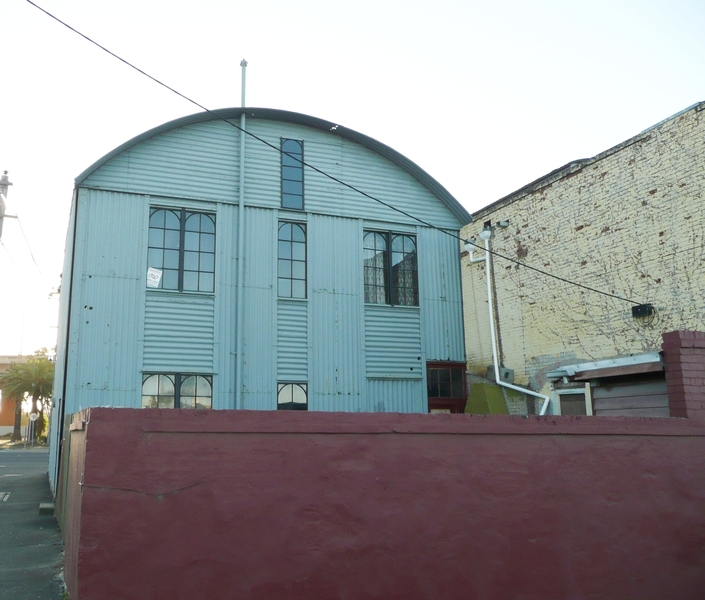 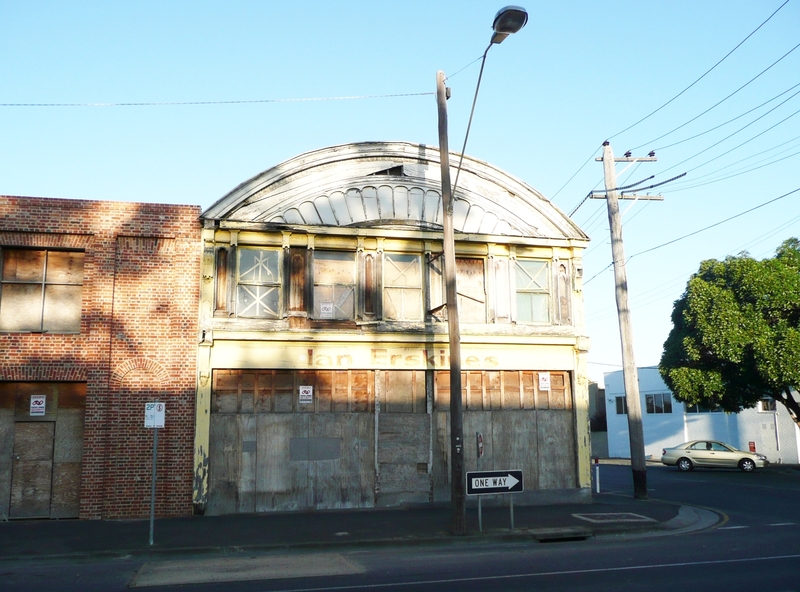 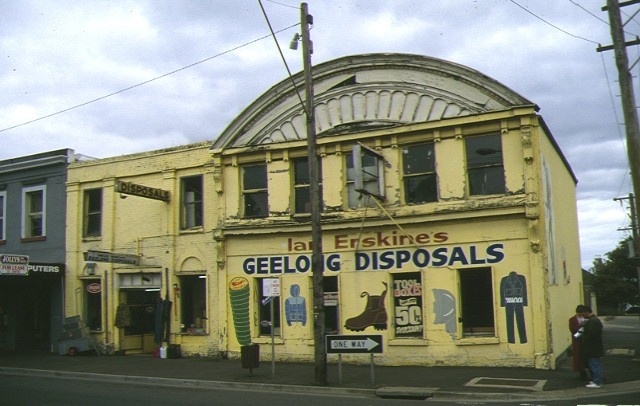 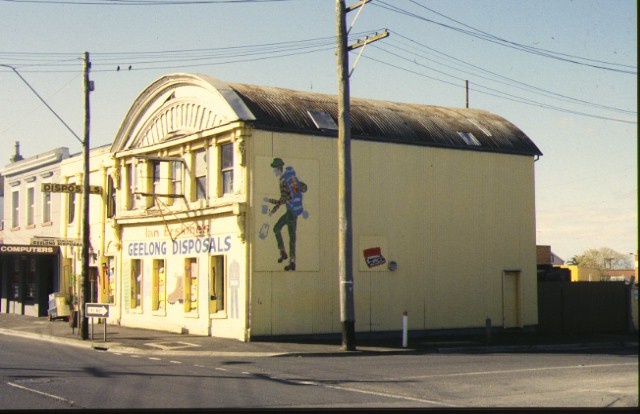 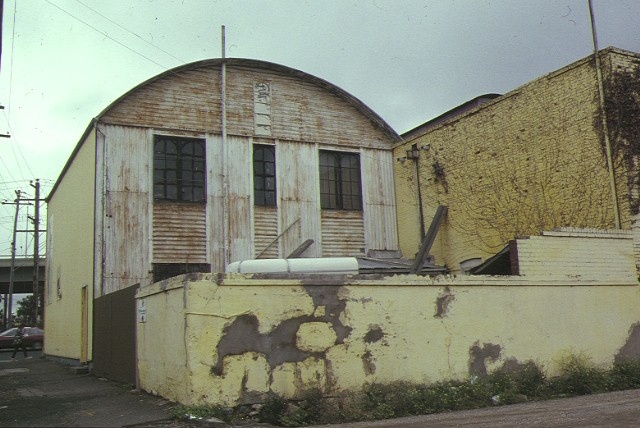 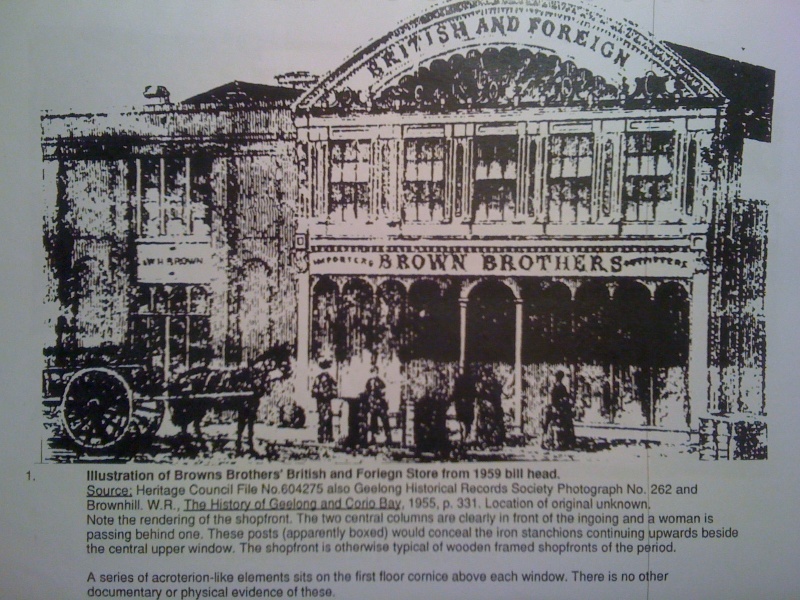 The Former Brown Brothers Store at the corner of Mercer and Ginn Streets, Geelong is one of a small group of corrugated iron buildings exported from Glasgow first by the firm of Robertson and Lister and then by C D Young and Co. Robertson and Lister were the makers of this building. It was imported by Warren Hastings Brown in 1853 and erected on the present site by late 1854.

The roof is of arched corrugated iron spanning about nine metres. The basic structural system (now exposed only in the back, or east, wall) is one of rolled wrought iron tees and angles with larger cast iron angles at the corners. Within this framework approximately 150mm (five inch) pitch corrugated iron runs vertically in the main panels and horizontally in spandrels below the windows. The window sashes in this back elevation are cast-iron, including the dividing glazing bars. At the north side is a party wall, and the south side to Ginn Street has been overlaid with modern corrugated iron.

The front elevation to Mercer Street had once (as illustrated on the firm's bill-head) a plate glass shop front at ground level. This has since been replaced but the upper part of the facade is in relatively authentic condition with openwork timber consoles and a radiating or fanlight-type treatment below the arched roof decoratively trimmed in rope. The internal lining and upstairs partition are of timber.

The building is of architectural and historical importance for the following reasons:

- As a rare and distinctive example of a once common form of building constructed of pre-fabricated materials designed and constructed by a single manufacturer, Robertson and Lister of Glasgow.

- As a rare and distinctive example of a once common form of building constructed of pre-fabricated elements in which the ground floor was a shop or store, and the upper floor contained living quarters. There is no known surviving example of this amongst pre-fabricated buildings in Australia.

- As one of a rare and distinctive group of nineteenth century buildings constructed from plate iron.

- As a building which in its type, location and form of construction is

expressive of a formative period in Geelong and Victoria's history, the 1850s.

- As a notable early commercial building of Geelong.

- For its rare and distinctive elements, including the unique character of the timber and ropework decoration of the facade.