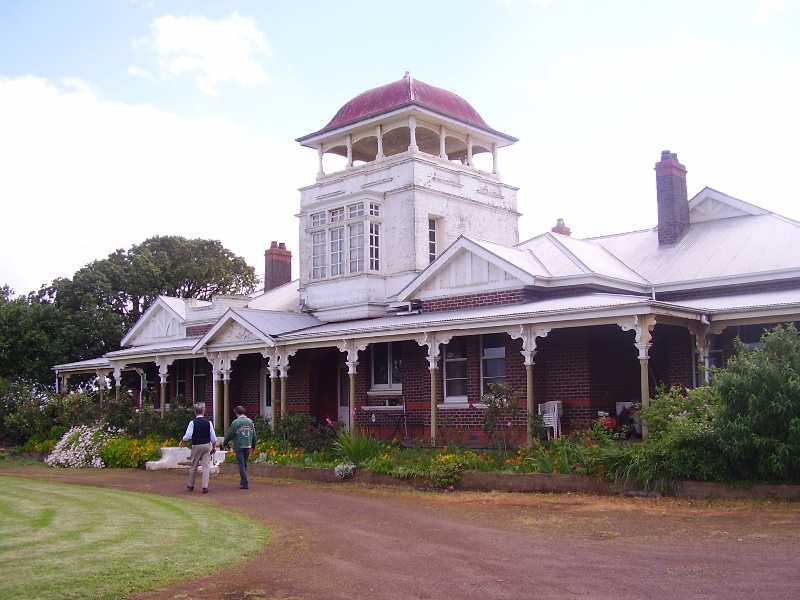 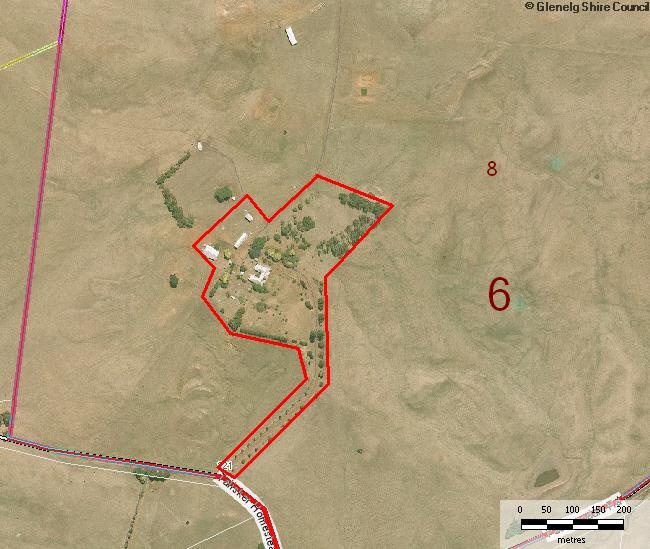 What is Significant?
Talisker Homestead Complex, Talisker Homestead Road, Merino was built for the grazier, Alexander Magnus McLeod (1846-1910) and his wife Caroline in 1901. Talisker was a sub-division of Merino Downs, one of the first three squatting runs in Victoria. Francis Henty (1815-1889), a Sussex sheep farmer then based in Portland with his father and brothers had established the run by August 1837, a year after Major Thomas Mitchell had told the Hentys about the excellent country he had discovered on his expedition from Sydney to the mouth of the Glenelg. After Francis' death, Merino Downs was divided into three Estates, one for each of his three daughters, Louisa, Caroline and Alice. Caroline Henty (1849-1914) became the owner of Talisker. She married A.M. McLeod and they lived there from 1901 until his death there in 1910. She continued there until her death at Talisker in 1914. Mrs K. McWhae, Caroline's daughter, owned Talisker after her mother's death until the Second World War years. In c1946/47, A.N. Silvester bought back the homestead block. The Silvesters had been McLeod family solicitors over a number of years and the families had intermarried. The Silvester family owned Talisker Homestead until the sale of the property in c1970 to its present owner. There were many links over many years between Talisker, Merino Downs, Castlemaddie and Mount Clay, all important early pastoral properties although Talisker was the grandest. For example, Hugh Vernon McLeod, nephew of A.M. McLeod and his wife, the former Caroline Henty, was at one time overseer at Merino Downs. The links between Talisker, Castlemaddie and Mount Clay related to McLeod family connexions. After his uncle's death in 1889, Hugh Vernon McLeod managed Talisker for his aunt Caroline. In 1920, Hugh Vernon bought back Castlemaddie, originally owned in the 1850s by his grandfather, J.N. McLeod (1816-1886).

A.M. and Caroline McLeod commissioned Charles D'Ebro (1850-1920), to design the new homestead. Born in London and trained as an engineer, D'Ebro became a successful, well-connected and fashionable Melbourne architect with a practice which extended to other Australian states and to New Zealand. He had already designed Northbrook, Malvern, c.1888 for Donald Munro, son of the Victorian Premier and Stonnington, Malvern after 1886 for John Wagner, owner of Cobb & Co. coaches and a successful gold mining entrepreneur. He also designed the Prahran Town Hall and the Prahran Municipal Market. For a short time D'Ebro was in partnership with John Grainger and John Shanks Jenkins, both architects and engineers, when he was associated with the construction of the present Princes Bridge, Melbourne. Jenkins had direct personal and professional connections with the Western District, particularly in and around Hamilton. Jenkins, who by 1901 was aged 67, may have influenced the commissioning of Talisker. Stephen Henty, brother of Francis Henty and uncle of Caroline McLeod, had commissioned Jenkins to design his new homestead Warrayure at Strathkellar near Hamilton in 1860.

D'Ebro's design for Talisker was at the same time very daring in its confident use of strong details and bold forms but conventional in its planning, with a strict hierarchy of rooms and practical separation of people and functions. It is an individual interpretation of the Federation style although with many standard details for the period, such as the coloured leadlight, elaborate plasterwork, handsome timber mantelpieces and stained joinery, especially for the main staircase. It is a gentleman's country house, a very late example of a villa in the landscape. The dramatic siting of the house takes full advantage of the prospect over the whole of the original Merino Downs Estate seen from the dominating viewing tower. The house is also sited to be seen. The grounds supported the house, formerly including a decorative pleasure garden immediately to the front and side, an orchard to the north and a 'wild' garden to the south. Talisker can be compared with D'Ebro's earlier designs for Stonnington, which is heavily Classical and Langi Willi at Skipton, for George Russell which adopts a more conservative interpretation of the Queen Anne/Arts and Crafts house. It can also be compared with the lighter design for Purrumbete at Camperdown by Guyon Purchas for the Manifold Family and the similar but smaller Mount Koroite Homestead at Coleraine, for J.F. Kirby supposedly on the winnings of the 1911 Melbourne Cup, which has not yet been attributed to any architect.

The homestead at Talisker remains significantly intact. The interiors are particularly intact with some original wallpapers surviving and all of the extensive original joinery still stained and polished. Only minor changes have been made to the service areas. The house is in good condition. The garden is reduced but it also retains important original plantings including: two Araucaria bidwillii, Bunya Bunya pines in the drive; a Prunus dulcis, Almond tree in the front garden; a Brachychiton acerfolius, Kurrajong in the side garden; a Quercus robur, English Oak and a Corymbia ficifolia, Red Flowering Gum in the rear garden; and all of the mature plantings in the wild garden and the orchard. Its original layout including the drive, various compartments and small works, is easily discernable. The outbuildings also survive well.

How is it Significant?
Talisker Homestead Complex is of historical, social and architectural significance to the State of Victoria.

Why is it Significant
The Talisker Homestead Complex has historical and social significance as a fine example of a residence, garden and supporting outbuildings established by a member of a major Western District pioneer pastoral family and for demonstrating their success and position in society. Through his marriage to Caroline Henty in 1890, A.M. McLeod formed an association with the Hentys, the family generally acknowledged as the founders of Victoria. The site of Talisker has historical significance as originally part of the very early Merino Downs, one of the first three squatting runs established by the Henty family. Talisker Homestead also has historical significance for its long association with the McLeod family and its descendants. It has social significance for its association with a number of other important Glenelg Shire pastoral properties as a result of family links between the Henty and McLeod families. The homestead complex demonstrates through the hierarchy and separation of rooms, the surrounding garden used for both pleasure and production and the outbuildings, a lifestyle now long passed.

Talisker Homestead, a substantial brick residence in the Federation style with a distinctive domed tower, a district landmark, has architectural significance as an important example of an Australian country home designed by the notable Victorian architect, Charles D'Ebro. It compares well with D'Ebro's other domestic work and with homesteads of the same period and pretension across Victoria. It is a very late example of a villa set in a landscape claimed by the owners. It can be contrasted with Muntham, the only surviving Henty homestead from the earliest phase of squatting.
Show more
Show less
All information on this page is maintained by Glenelg Shire. Click below for their website and contact details.