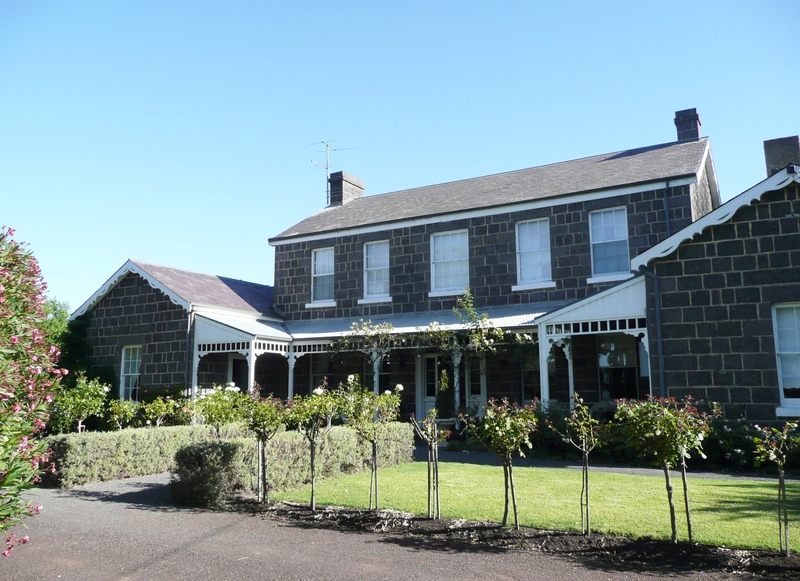 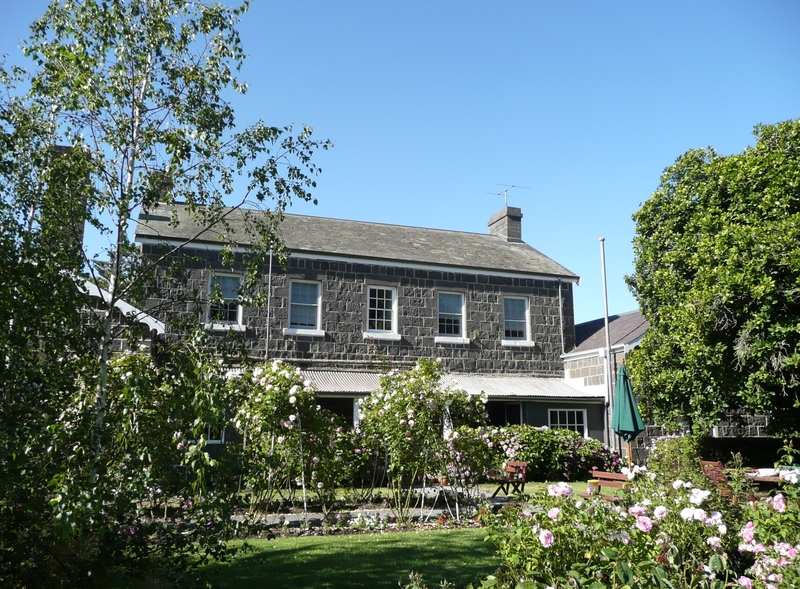 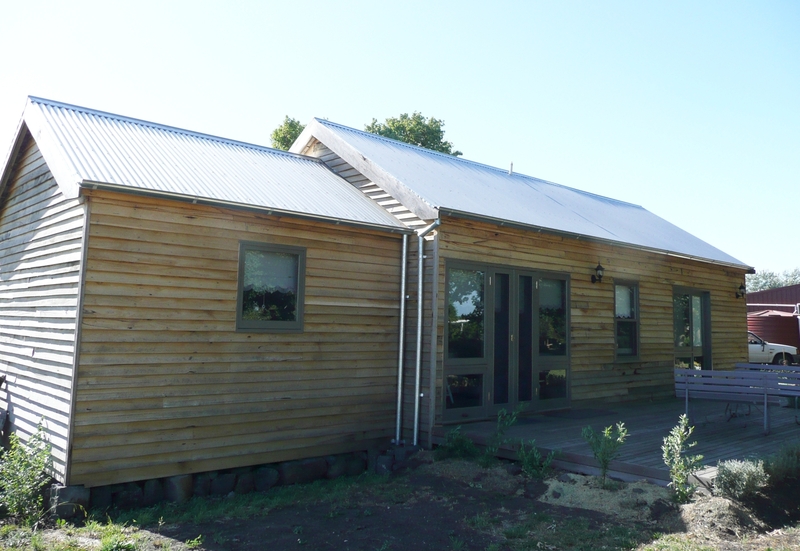 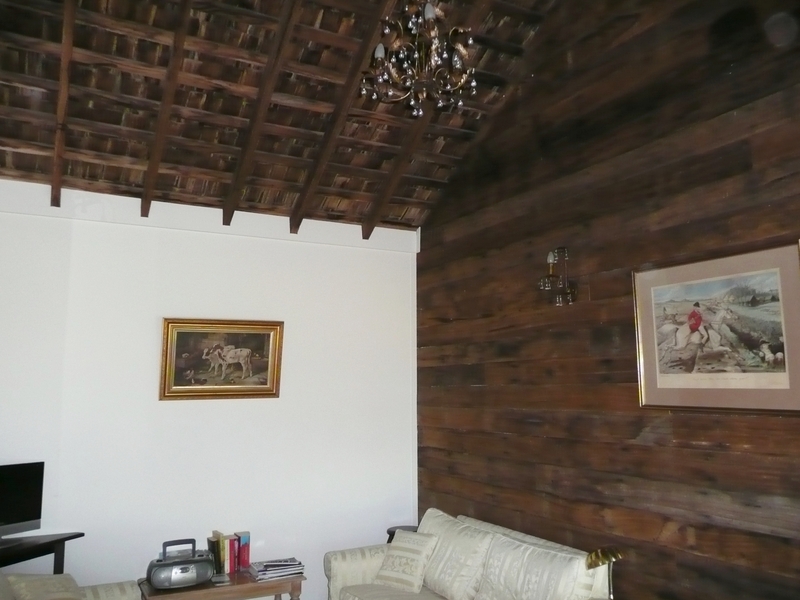 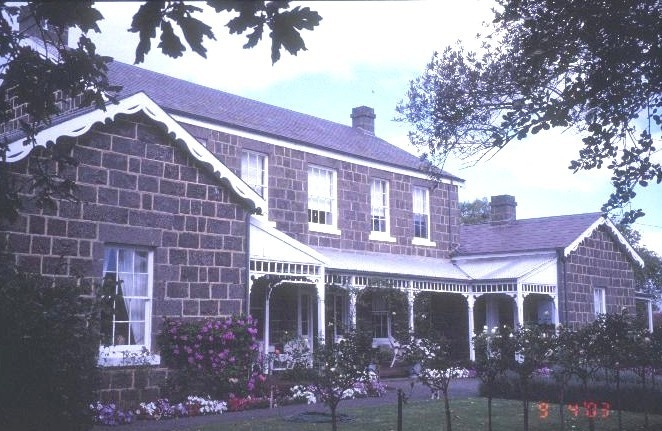 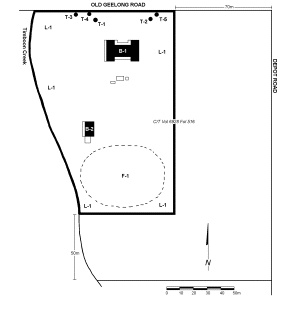 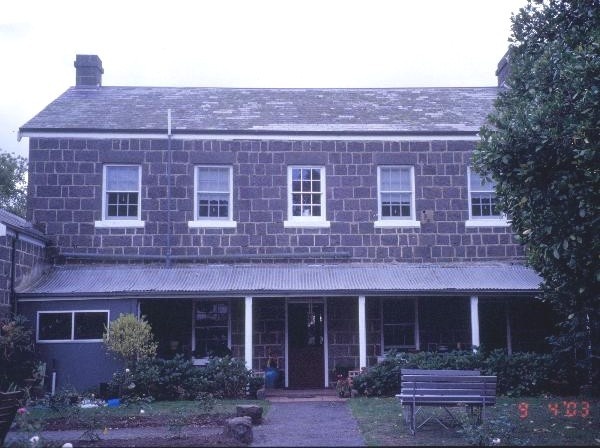 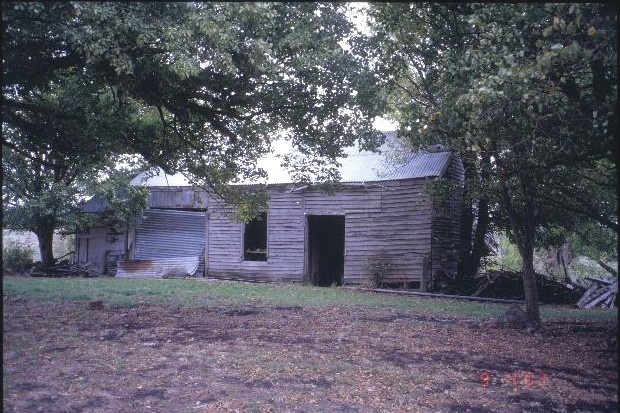 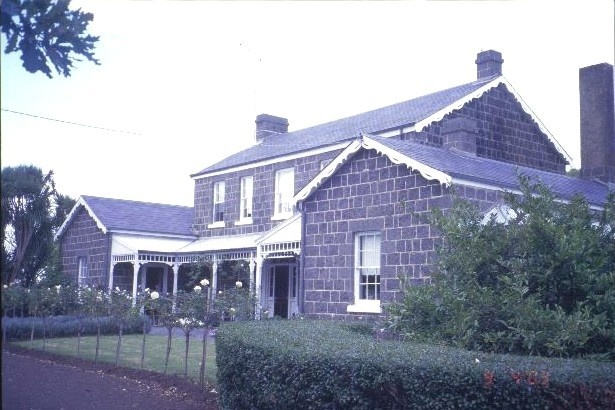 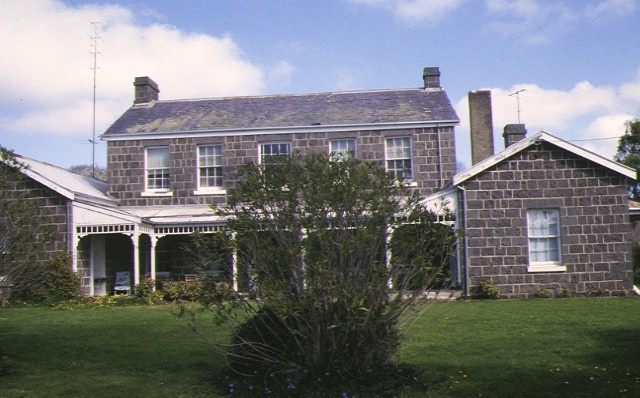 Timboon House (formerly Lake Inn) at Camperdown was constructed in 1855-56 for publican Samuel Cozens. It was the second inn on the site and was strategically located on the former Geelong/Belfast/Portland road where a wayside stop had been in existence since the early 1840s. Timboon House was part of the now defunct Lake Timboon settlement, the precursor to Camperdown, which originally included a general store, shoemaker's shop and post office, burial ground, a National School and residences. The archaeological remnants of the former Timboon Inn lie beside the weatherboard stables building. By the late 1850s the focus of settlement in the area had moved to present-day Camperdown and the Lake Inn ceased to be commercially viable; it was subsequently used as a private residence. The two storey, bluestone, Colonial Georgian structure has flanking single storey wings, an unusual 'H' plan layout, regular six-pane Georgian fenestration, loopy bargeboards (only one remains) and a slate roof. The wings may be slightly later additions and the original balcony verandah has been removed. The main building retains key elements of its inn function, including a series of small accommodation rooms. The timber stables building is in poor condition although its shingle roof remains under the corrugated iron. The former inn is surrounded by introduced trees including the remains of an orchard. The drive is flanked by impressive mature oak and ash trees.

Timboon House (formerly Lake Inn) is historically, architecturally and archaeologically important to the State of Victoria.

Timboon House (formerly Lake Inn) is historically important as one of the most intact early inns remaining in western Victoria. Its size also emphasises the important function of the inn during the age of coach travel, when it was strategically located on the main thoroughfare through the Western District. Timboon House is important as a key remnant of the former Lake Timboon settlement, which was the site of one the earliest European settlements in the region. It is also one of the oldest buildings in the district, and the largest of the early stone buildings in Camperdown. Though Timboon House is now located in an area long bypassed by the main highway and the urban development of Camperdown, it is testament to earlier settlement and communication patterns in the region, which in turn was the focus of some of the most intensive and successful pastoral development in the State.

Timboon House (formerly Lake Inn) is architecturally significant as a rare and essentially intact example of a purpose-built 1850s Colonial Georgian style inn. Its design elements, including an unusual 'H' plan layout where single storey wings flank a two storey bluestone structure, make it a distinctive landmark structure in the oldest settled area of Camperdown. The substantially intact internal inn layout, including the existence of a series of small accommodation rooms, distinguishes it from contemporary domestic residences. The extensive plantings of exotic species, including the large mature oaks and ashes flanking the entrance drive, are important elements in the layout of the former inn.

Timboon House (formerly Lake Inn) is archaeologically significant for the existence below ground of the remnants of the 1840s Timboon Inn. This and the remains of other buildings in the vicinity are significant for their rarity as a pre-gold rush wayside settlement. The relative lack of disturbance through later development means that the site has a high potential to yield artefacts of an important era in the pastoral development of Victoria.