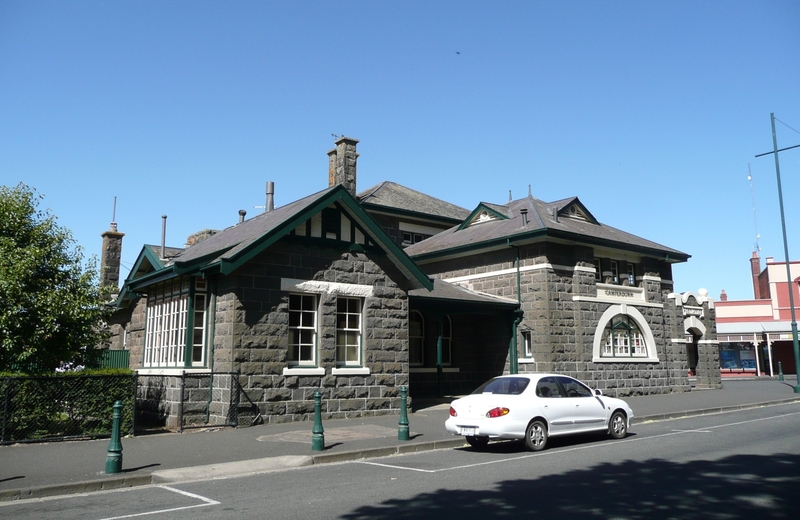 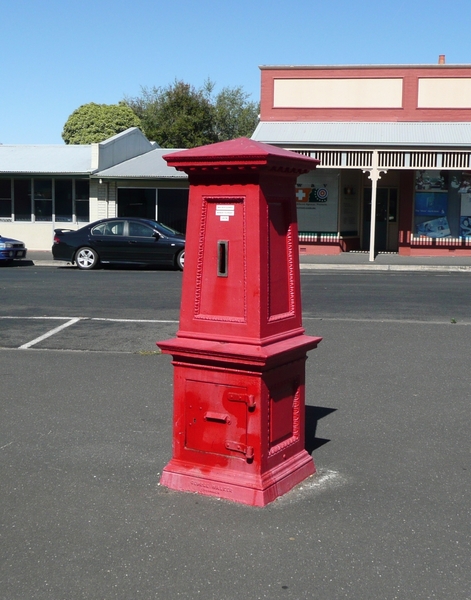 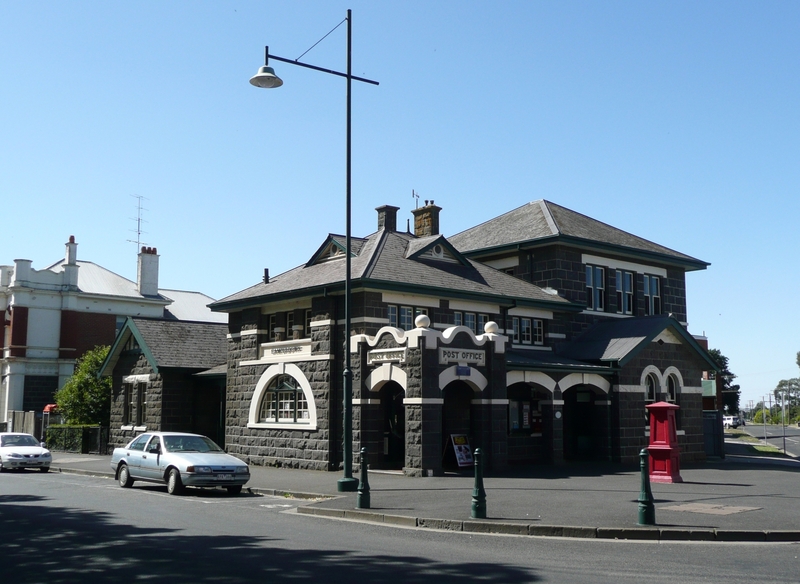 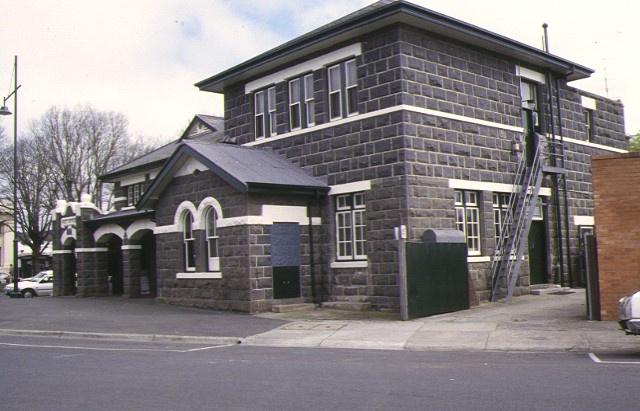 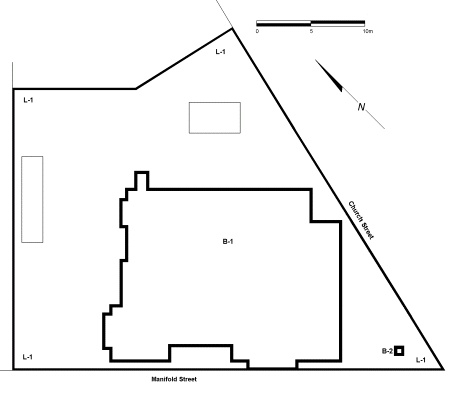 What is significant?
The Camperdown Post Office was constructed in 1863 as the Post Office and Telegraph Station, after the coming of the telegraph line to Camperdown in late 1862. The original single storey Victorian Italianate building was constructed from locally quarried basalt, to plans prepared by Public Works Department architects and was the only stone building among a stylistic group of gabled early brick post offices which included Yackandandah, Mornington and Rutherglen. Various alterations and additions were made to the building in the late nineteenth century, including the construction of a writing and telegraph despatch room, and a new entrance, counter and archway. Continuing dissatisfaction with the facilities, however, culminated in major alterations and a two storey addition in 1909, in the Arts and Crafts style. Rock faced and fine axed basalt were used in the alterations, with the slate roof accented by half gables and wide bellcast eaves. The additions, which were considered to be a 'transformation', complement the original building fabric. Both phases of construction are exemplars of the mason's craft in Western Victoria. The Post Office is one of the earliest public buildings in Camperdown and an important component of the public buildings precinct in Manifold Street that includes the Court House, Shire Offices and Memorial Clock Tower.

How is it significant?
The Camperdown Post Office is historically and architecturally important to the State of Victoria.

Why is it significant?
The Camperdown Post Office is historically important as one of the oldest established postal and telecommunications buildings in Victoria. The alterations and additions, particularly the transformation of the building in 1909, reflect the increasing postal and telegraph needs of an expanding district. The series of changes to the fabric and layout, far from detracting from the significance of the building, help to document evolving postal and telecommunications practices in Victoria. The survival of the distinctive cast iron pillar box in front of the post office adds to an understanding of its function and significance.

The Camperdown Post Office is architecturally significant as one of the most visually striking post office buildings in the State, an effect achieved mainly by the unusual grafting of an Arts and Crafts style addition to an earlier gabled Italianate building. It is also important as a striking and well executed example of the stonemason's craft in Victoria. The construction of the later Arts and Craft additions in bluestone to match the earlier building was unorthodox for the period and has resulted in an exceptionally unusual and distinctive structure, particularly for an established post office building.