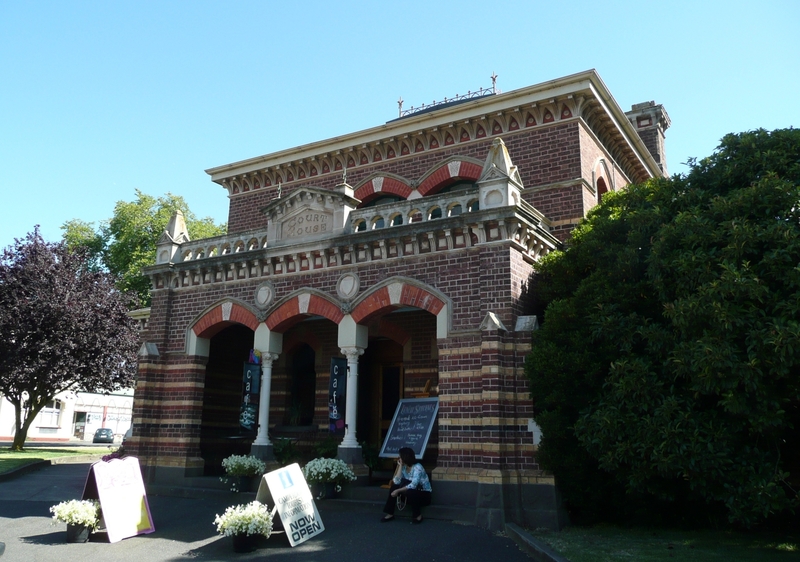 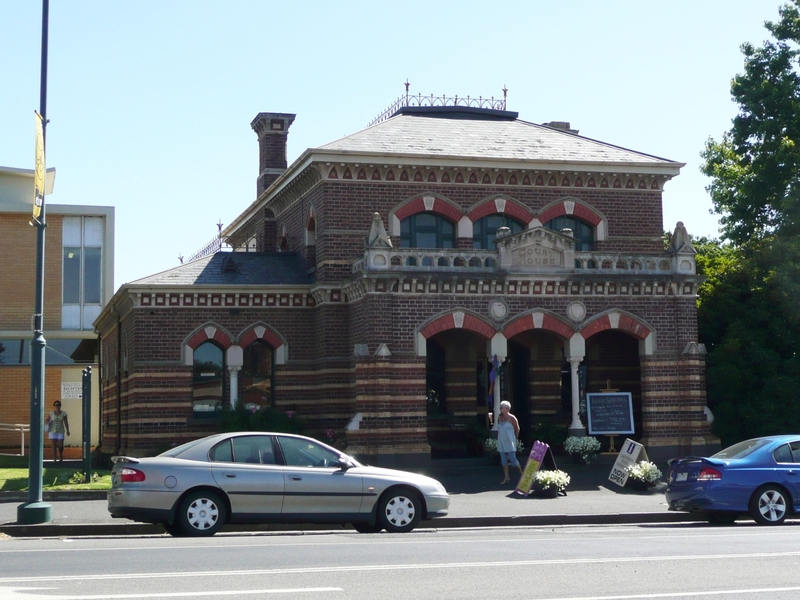 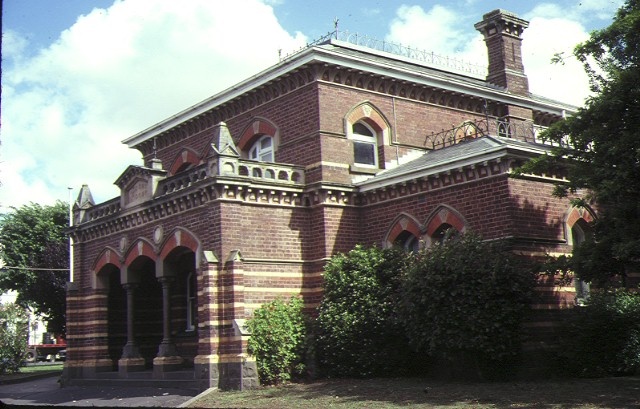 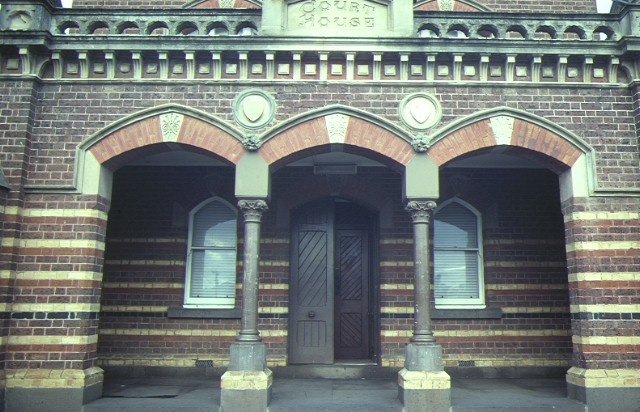 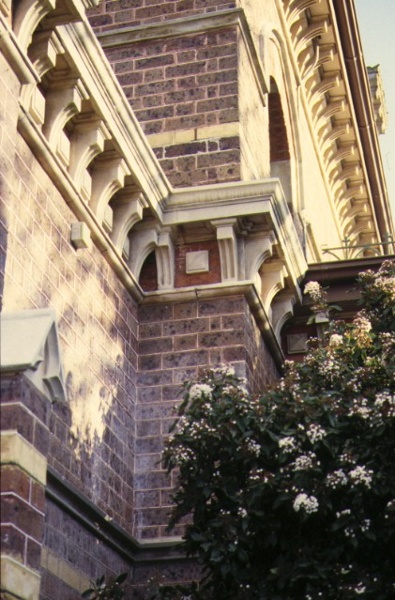 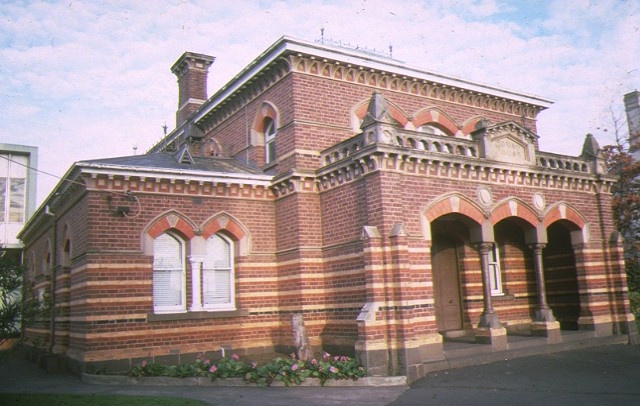 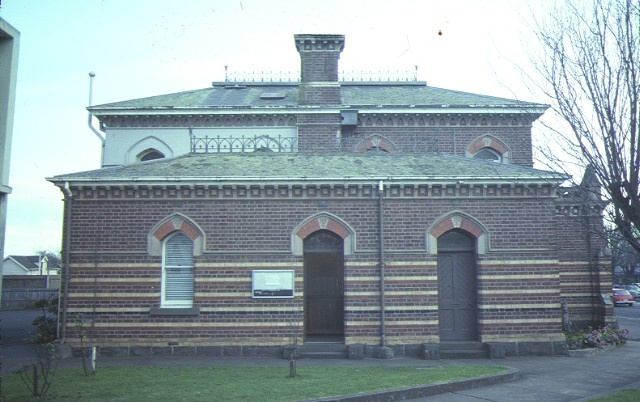 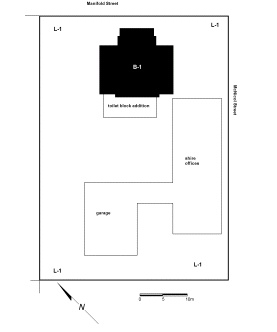 What is significant?
The Camperdown Court House was constructed in Medieval Gothic Revival style in 1886-7, to the design of Public Works Department architect GBH Austin as a replacement for an earlier timber court house of 1858-9. The Court House was closed in 1990, after which court cases were transferred to the modern court complex at Colac. The building is in good repair having been restored and adapted in 1993-4 for a new use as a retail outlet and tourist information centre. It remains substantially intact although the original court furniture apart from the magistrate's bench has been removed and placed in storage in Melbourne. The inventive polychromatic brick design and artificial stone mouldings are enhanced with decorative elements derived from medieval architecture in a manner characteristic of the High Victorian Secular Gothic movement in Great Britain. It features a truncated pyramid roof with iron cresting. The building follows a traditional plan which includes a spacious entry arcade, a lofty well-lit court room with the original Barristers' and Clerk's offices on the east side, and the Magistrate's and Jury rooms on the west. Camperdown Court House is an important component of the public buildings precinct in Manifold Street that also includes the Post Office, Shire Offices and Memorial Clock Tower.

How is it significant?
The Camperdown Court House is historically and architecturally important to the State of Victoria.

Why is it significant?
The Camperdown Court House is historically important for its role as a functioning court house for over 100 years, and as the focal point for the administration of justice in the Camperdown district. Its prominent position in the public buildings precinct of Manifold Street adds to its significance.

The Camperdown Court House is architecturally significant as an outstanding example of constructional polychromy in brick and artificial stone, and is renowned in the context of Victorian public buildings for the stridency of its contrast. The fusion of classical court house planning concepts with High Victorian Gothic imagery is also unusual. The Court House is a noteworthy and innovative example of the work of GBH Austin, and is a striking building within a handsome public buildings precinct.