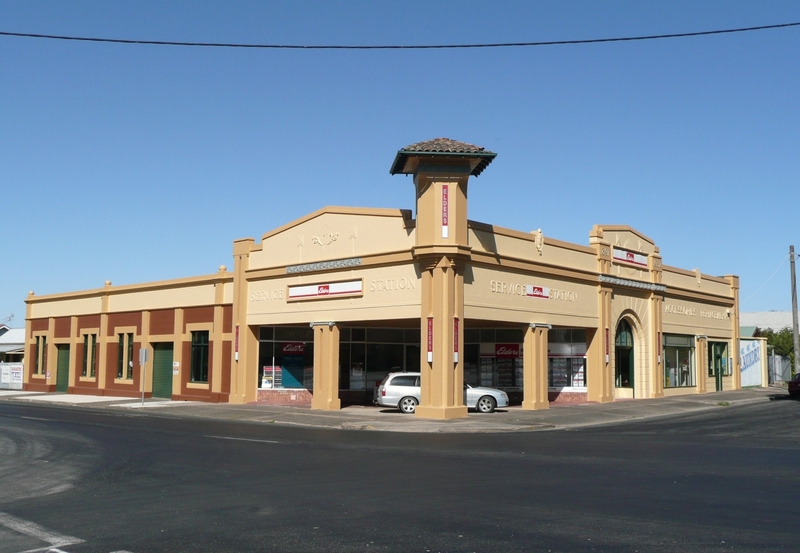 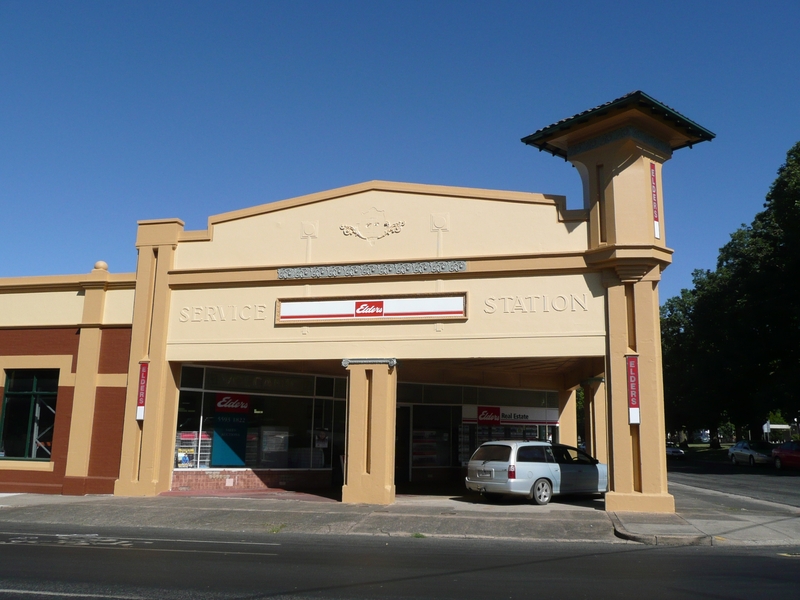 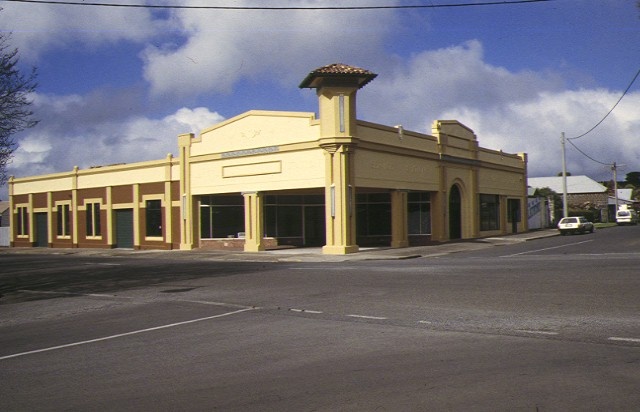 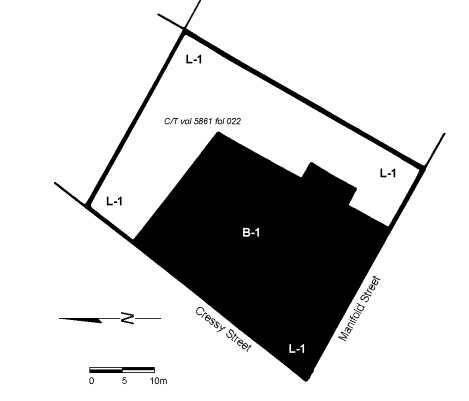 What is significant?
AJ Thomas's Motor Garage consists of a complex of buildings dating from c.1912 and the 1920s unified by major alterations and a new rendered brick facade in Inter-war Mediterranean style dating from 1932. The 1932 design is attributed to prominent Camperdown architect, WP (Perry) Knights, and was one of his last recorded works in the district. The earlier portions of the building are in timber and once housed Thomas's earlier carriage building works. Knights's design, which included a sheltered drive-through service corner (with pumps) and a spacious showroom with large windows fronting on to Manifold Street, was in response to the needs of the automobile trade. The first Shell Company petrol pump in Australia was reputedly located here, while the signs 'Garage' and 'Duco' have survived on the east elevation.

The Mediterranean style, with its fusion of Renaissance Revival and Mediterranean domestic elements, became popular in Australia in the 1920s. The incorporation of these elements in the garage, including a square cantilevered corner turret with a tiled terra-cotta roof, cement render, etched and patterned glass, double pilasters and Roman frieze mouldings, represents a very unusual application of the style.

How is it significant?
The AJ Thomas's Motor Garage is historically and architecturally important to the State of Victoria.

Why is it significant?
The AJ Thomas's Motor Garage is historically important as a substantially intact, purpose-built, inter-war motor garage that dates from the period when automobile ownership and recreational car touring were increasing. Its exuberant architecture celebrated the growing prominence of the car in society, and helped to draw the attention of passing motor traffic on the busy Princes Highway. It is also one of the largest of the early garages in Victoria.

The AJ Thomas's Motor Garage is architecturally significant as an extremely unusual adaptation of the Inter-war Mediterranean style for a commercial motor garage. Its sheltered drive-through service corner, office and showroom were designed in response to the needs of motorists and the automobile trade. The small cantilevered tower, which was a common feature in inter-war garages in the United States, was rarely used in local designs. The retention of the signs and other original details, both internally and externally, also enhance the building's significance. The Motor Garage makes a strong and distinctive contribution to the commercial architecture of Manifold Street, and to the Princes Highway in Western Victoria generally.