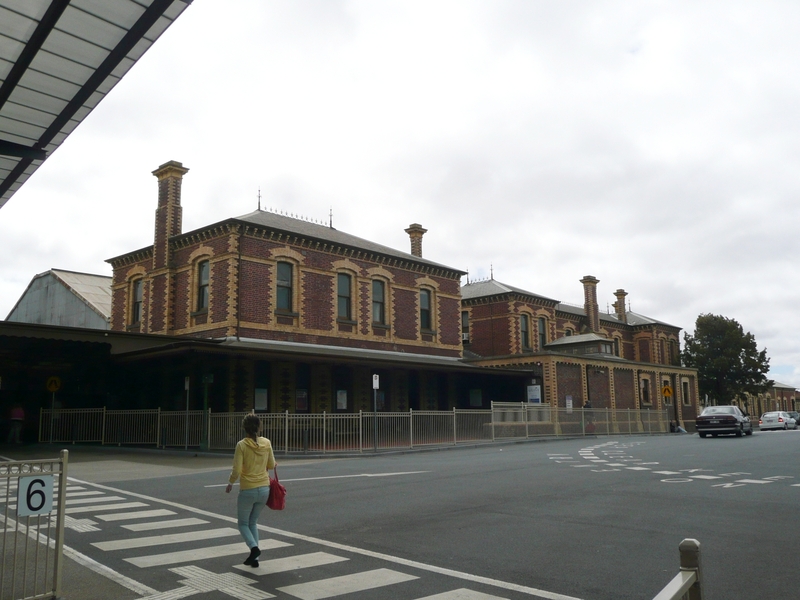 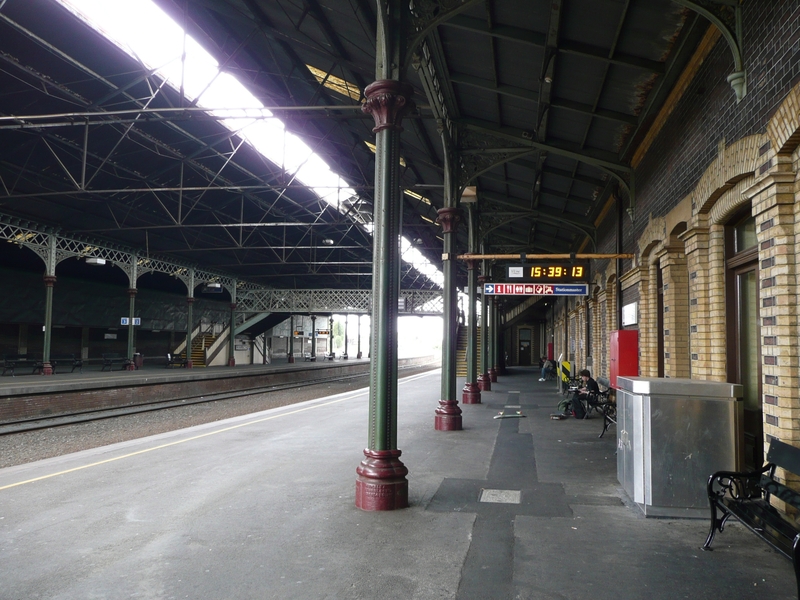 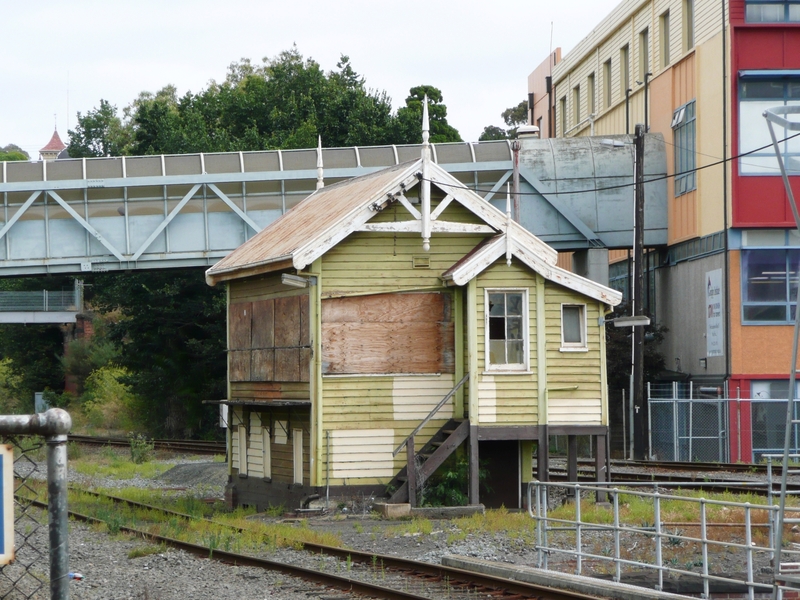 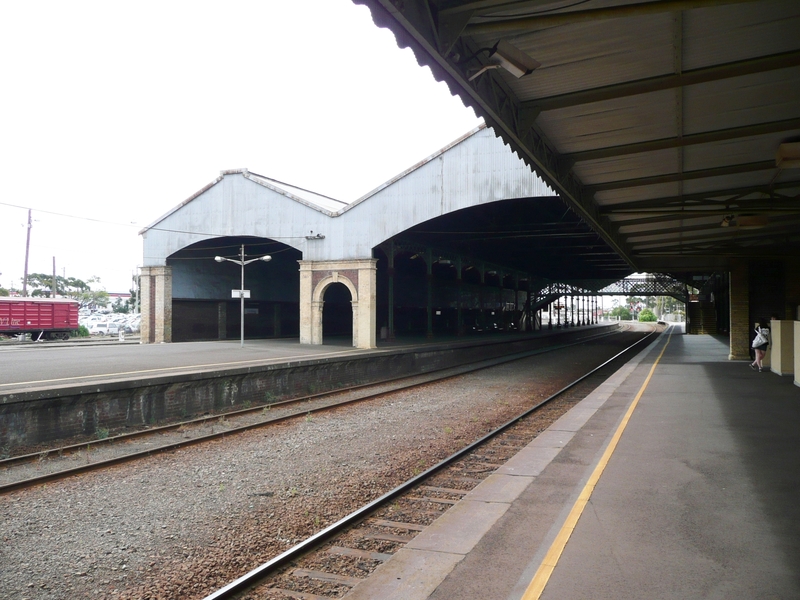 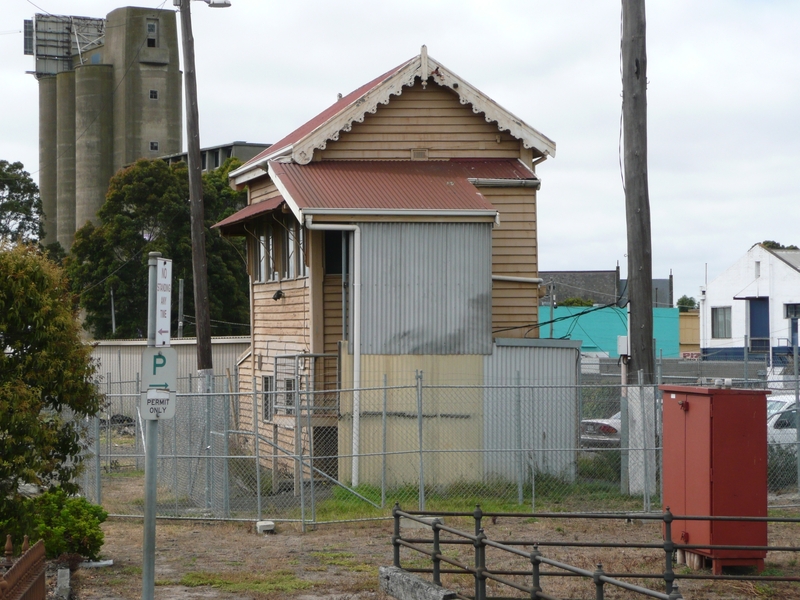 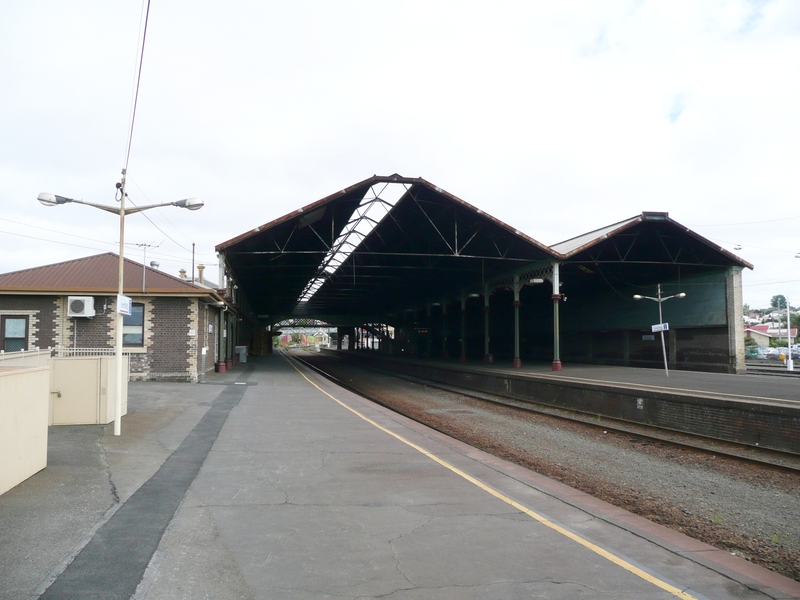 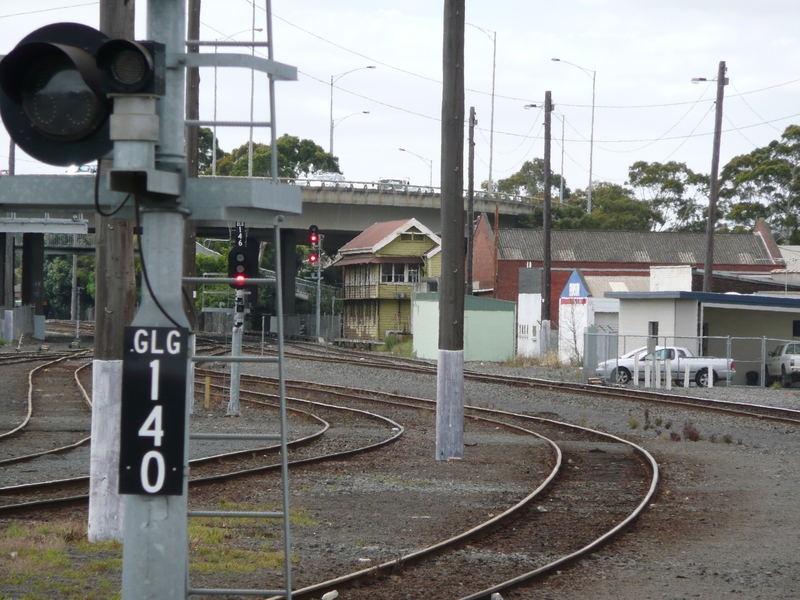 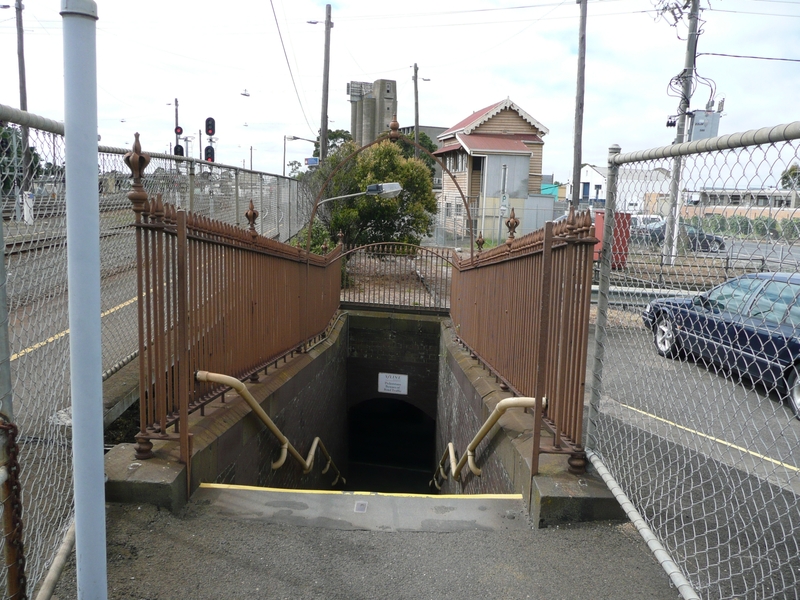 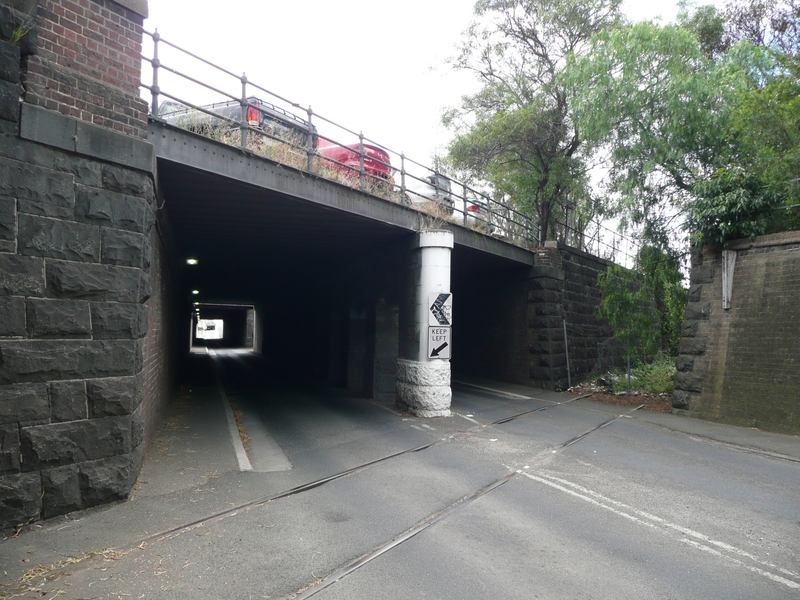 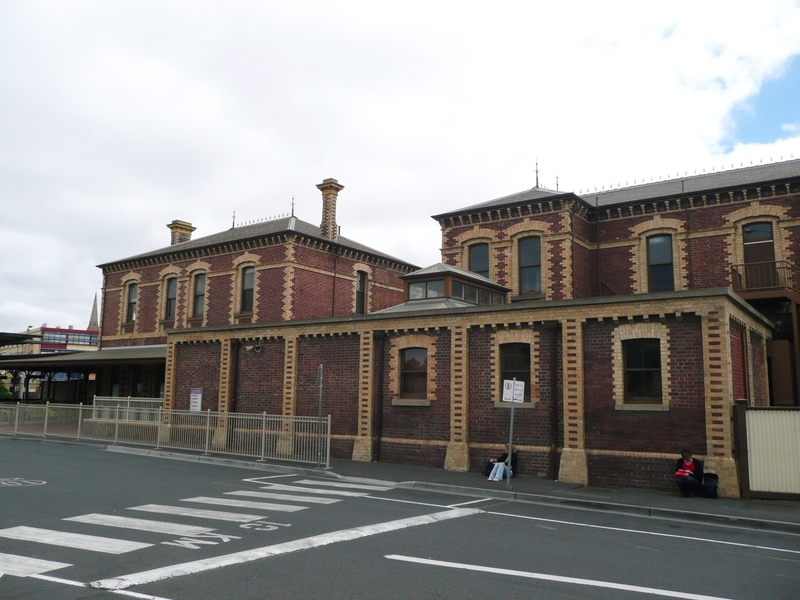 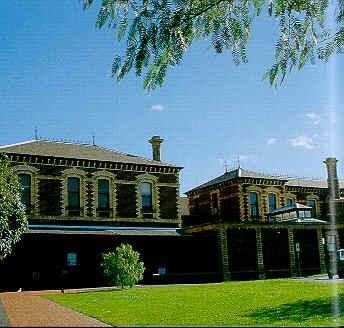 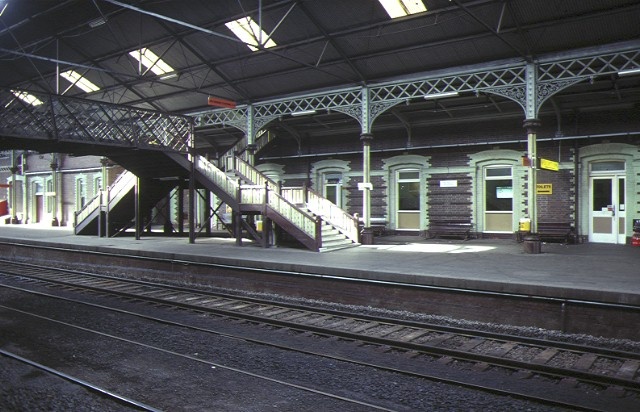 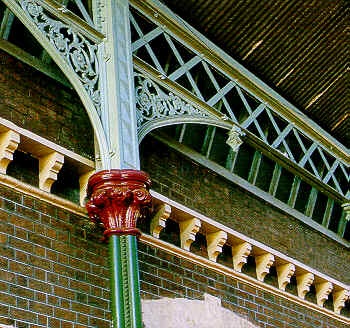 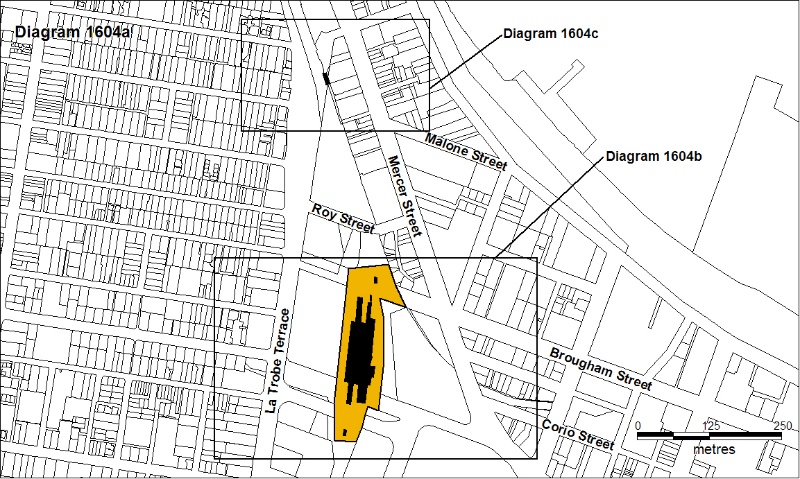 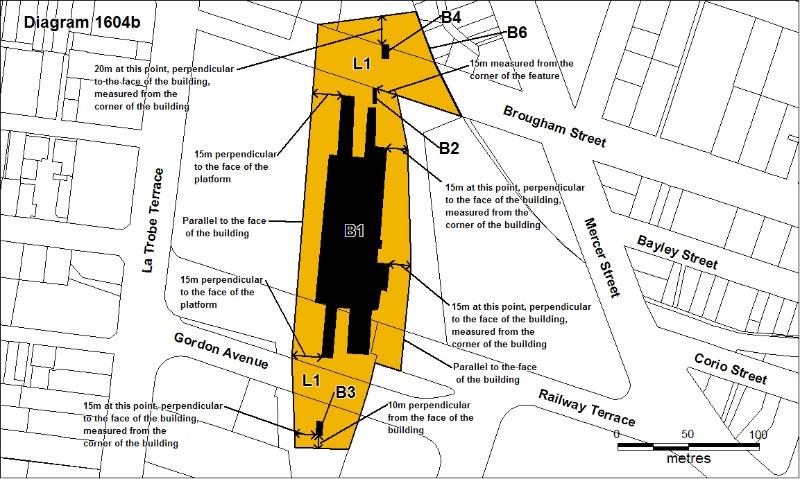 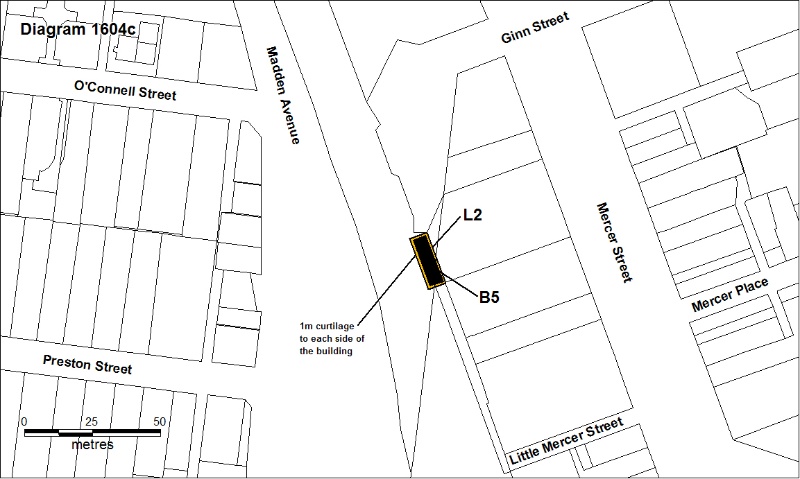 What is significant?
Geelong railway station was constructed in 1877 by Overend & Robb on the Melbourne-Geelong line for the Victorian Railways. It replaced the original station that was built in 1857. It comprises a large, predominantly two- storey, hip roofed, bi-chromatic brick complex with train hall. The central section of the station building with pavilions facing the roadway has been extended. It features cream bricks to the segmentally arched openings, corners, and cornice brackets and string courses. The twin gabled train hall spans two platforms (3 faces), and is carried on Gothic inspired cast iron columns with crocket capitals, cast iron brackets and light iron trusses with continuous ridge vents. Other important structures include three timber signal boxes, the Roy Street pedestrian subway, a bluestone retaining wall, the Brougham Street road underpass with bluestone steps and the original wrought iron palisade fence and lamp bracket.

How is it significant?
The Geelong railway station is historically and architecturally significant to the State of Victoria.

Why is it significant?
Geelong railway station is historically significant as the largest of those stations having their stylistic origins in the bi-chromatic brick buildings of the early 'light lines' era, c.1869 - c.1884. The size of the complex is symbolic of the importance of Geelong as a major city and port. The layout of the platforms recalls the former passenger services to Queenscliff, which originated at this point. The bluestone retaining wall with wrought iron railings is the earliest remaining reference to the now closed wharf railway, relating to early vision of Geelong as a major Victorian seaboard port.

Geelong railway station is architecturally significant in that the train hall is the largest on the network and is unique, especially for the use of Gothic and classical detailing. Other elements which contribute to the architectural significance of the complex and the line, include the bluestone steps with former lamp frame and wrought iron palisade fence, the up and down end signal boxes and tunnel portal. (Beeston, 1995)