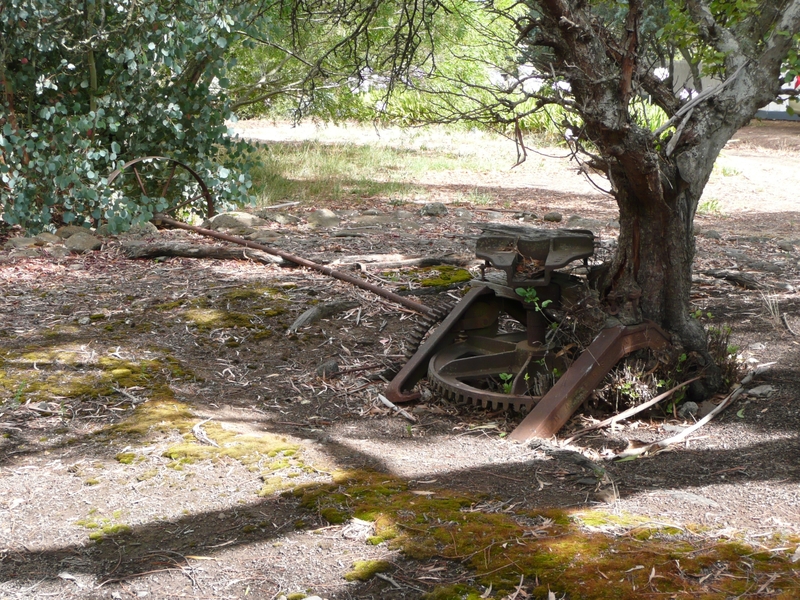 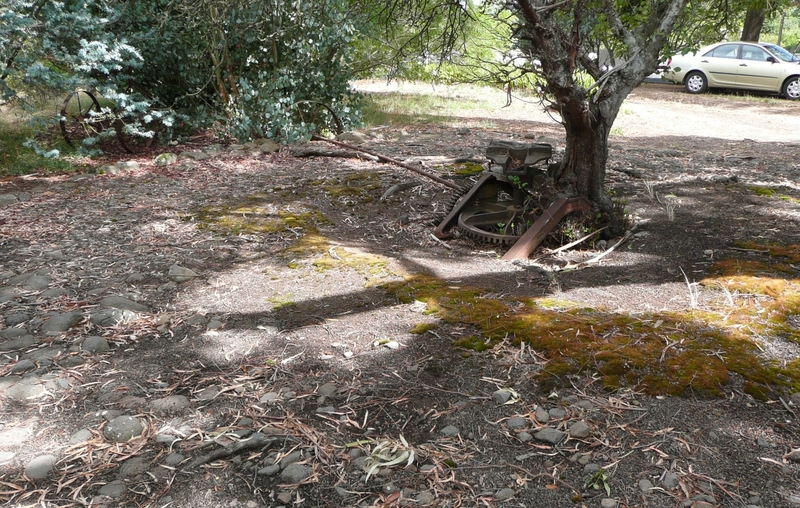 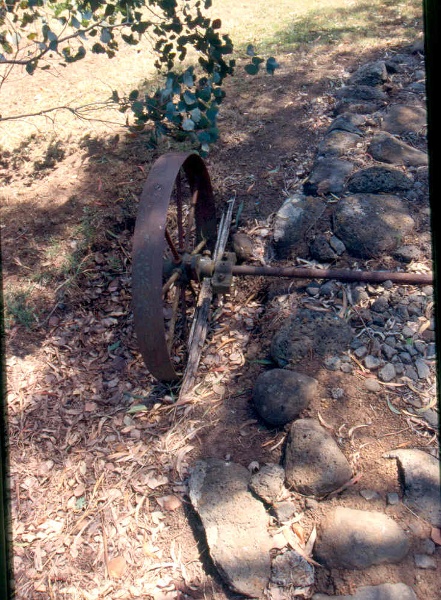 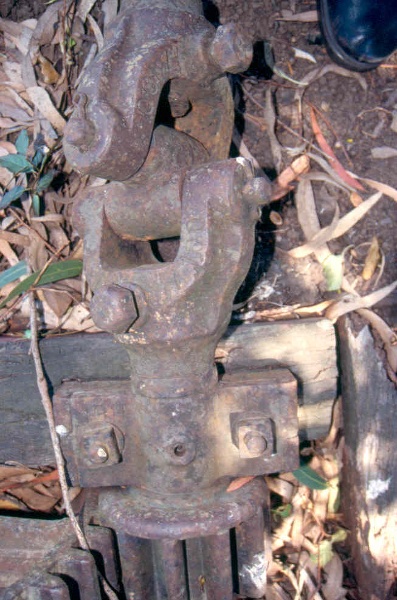 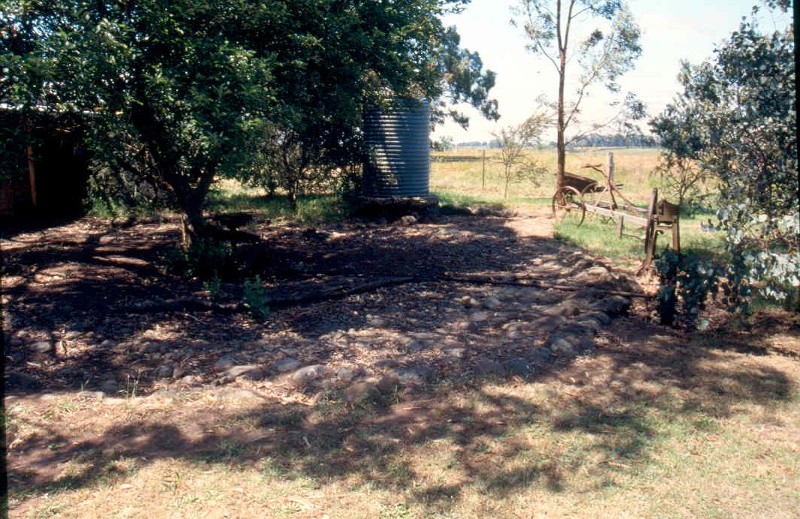 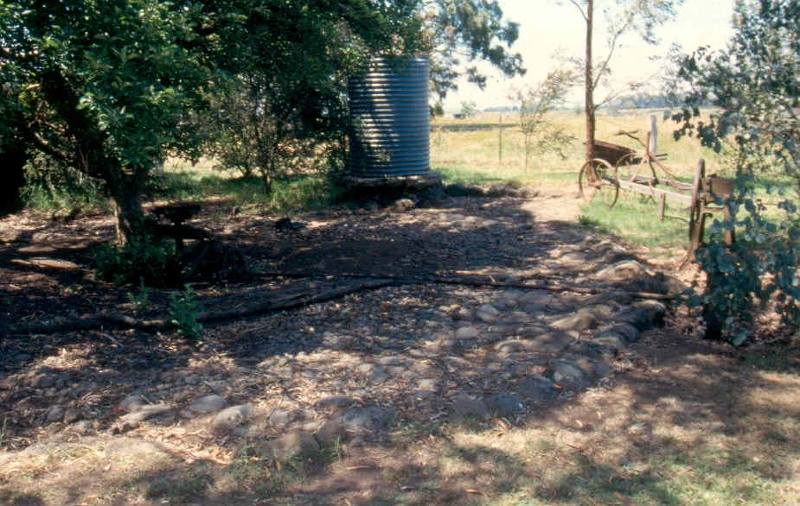 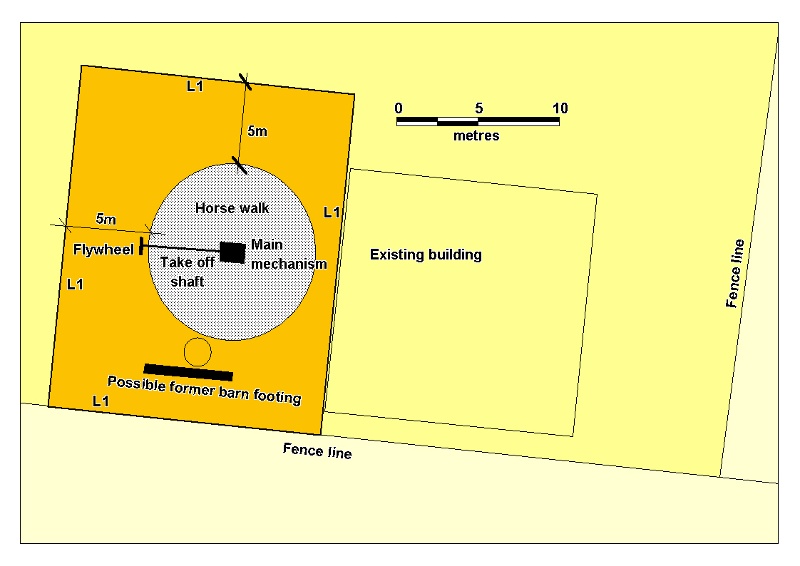 The Insitu Horseworks, Kyneton was a device which used horses to drive machinery. It consists of a cast iron and forged mechanism mounted on red gum sleepers and attached to a shaft which could be pulled by one or two horses walking round in a circle. The term “horseworks” referred to the machinery but includes the stone pitched platform on which the machine is installed. Horseworks were used extensively on Victorian farms from the 1850s to World War I. Before the use of the internal combustion engine, horseworks were the primary source of power to drive chaffcutters, winnowers and pumps, so were on every farm in the State The Insitu Horseworks, Kyneton is located on its original site close to a nineteenth century farmhouse. The horseworks was probably installed in or after 1904, when the manufacturer Cliff & Bunting commenced manufacture of these devices in Melbourne.

How is it significant?
The Insitu Horseworks, Kyneton is historically important to the State of Victoria.

Why is it significant?
The Insitu Horseworks Kyneton is historically significant in the history of farming and farming practices in Victoria as a rare example of a once-common farm machinery installation found on almost every farm in the State in the late nineteenth and early twentieth century. No other example has so far been located in Victoria. The Insitu Horseworks, Kyneton illustrates the importance of the horse to the practice of farming prior to World War I, and the use of horse-drawn machinery in farming in the nineteenth and early twentieth century.

The Insitu Horseworks, Kyneton is historically significant in demonstrating farming methods and machinery prior to the introduction of the internal combustion engine to Victorian farms. It is representative of a particular type of horse-drawn agricultural machinery used for chaff-cutting and other agricultural tasks.