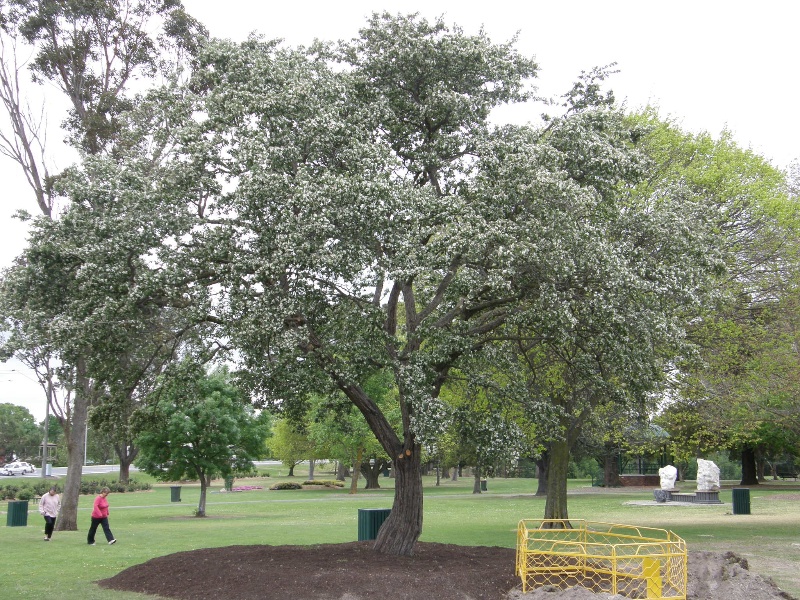 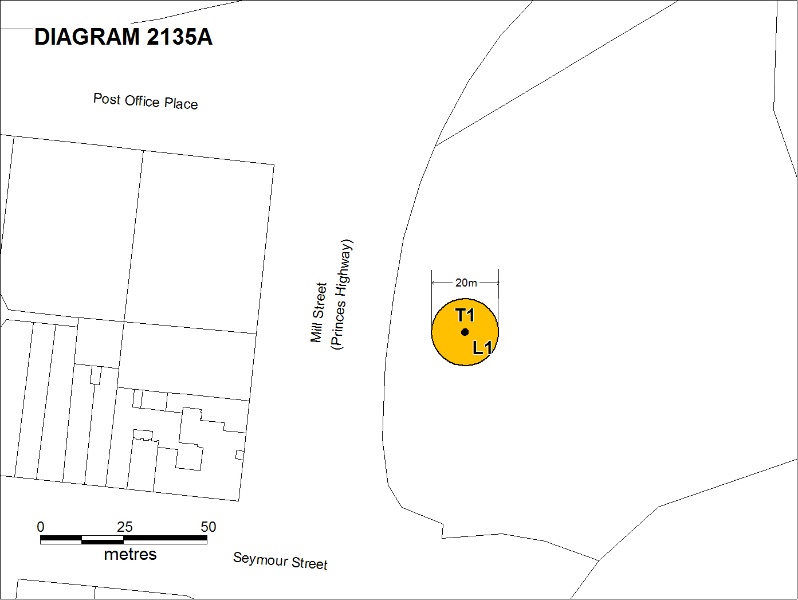 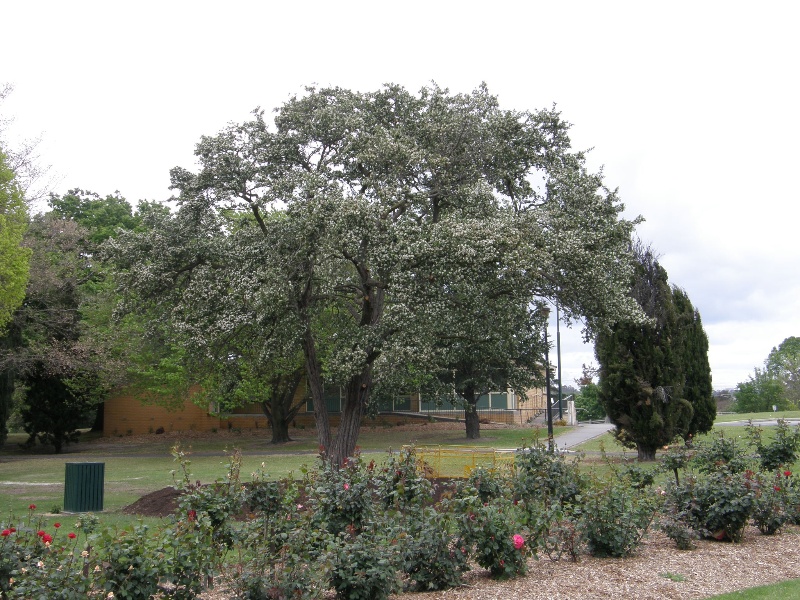 The Azarole Hawthorn hybrid located in Victory Park, Traralgon is the only known example of the species in Victoria. The tree is a native of W. Asia, N. Africa and S. Europe and is recorded in the Horticultural Flora of South-Eastern Australia. The tree is likely to be hybrid of Crataegus azarolus. No other hybrid specimens are known in Victoria. The tree is a large specimen with a trunk circumference at ground level of 2.2m, height 10.5m and canopy spread 12m, and features attractive white flowers in spring, large 2cm diameter yellow - orange fruits, and attractive red and yellow leaf colour in late autumn. The tree was formerly located on the site of the former Traralgon Methodist Church in Post Office Place Traralgon. To facilitate development on the former church site a permit was issued in July 2008 and the tree was transplanted to Victory Park, Traralgon in October 2008. Several plants were propagated as part of the relocation permit.

The Azarole Hawthorn hybrid is of scientific (botanical) significance to the State of Victoria.