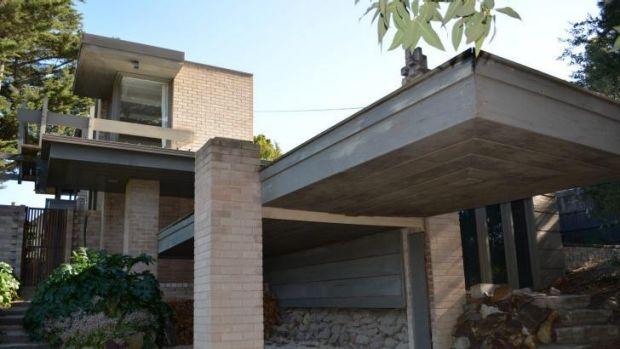 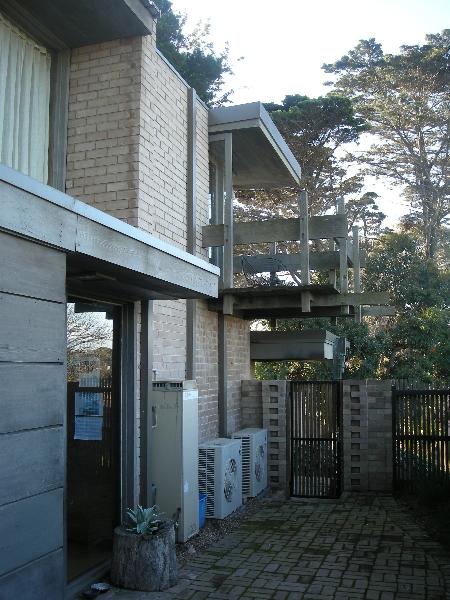 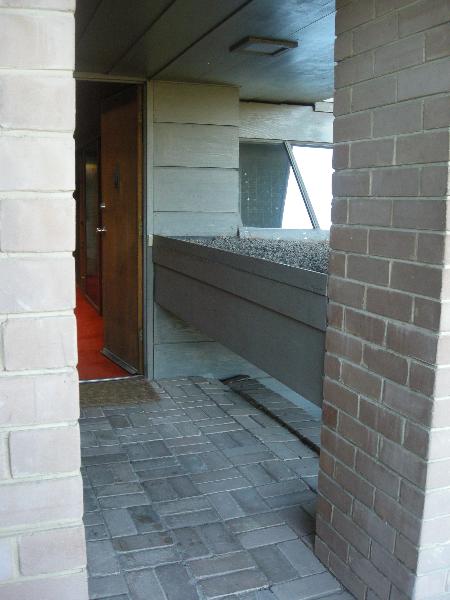 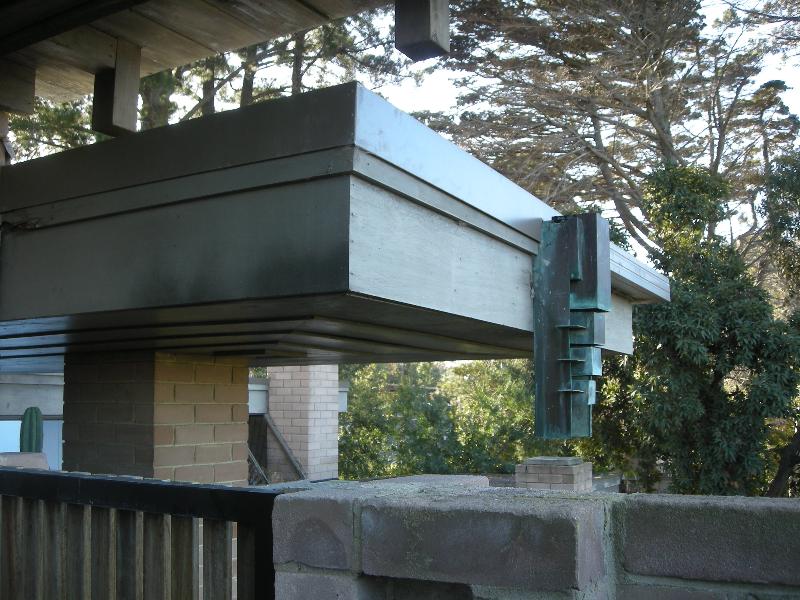 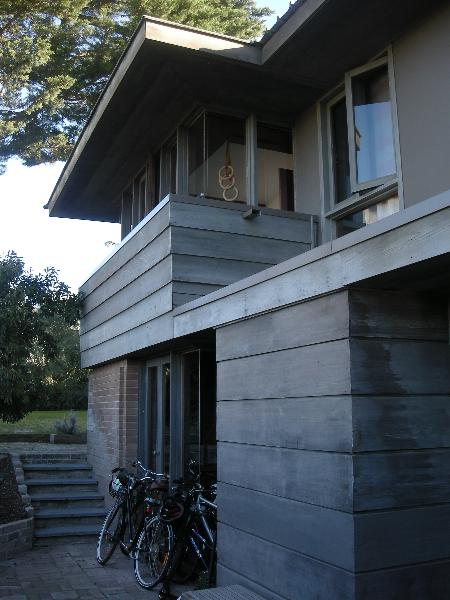 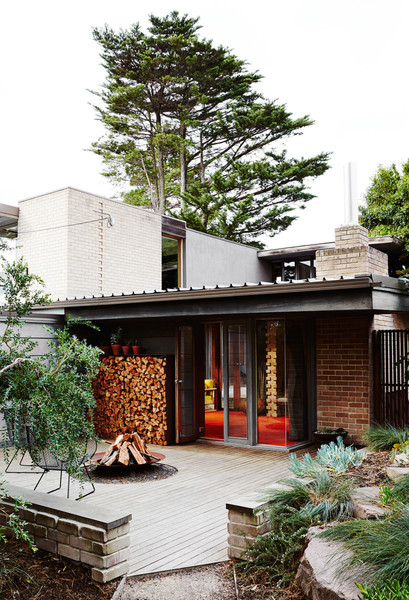 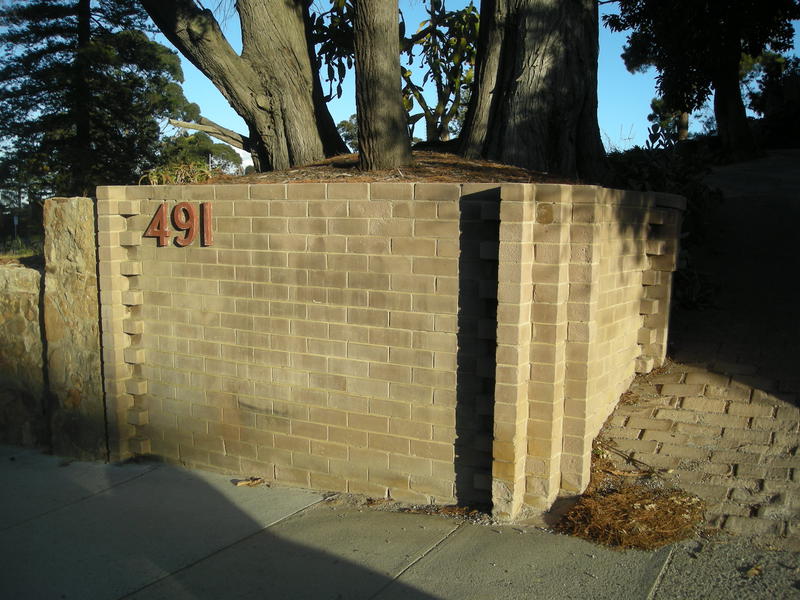 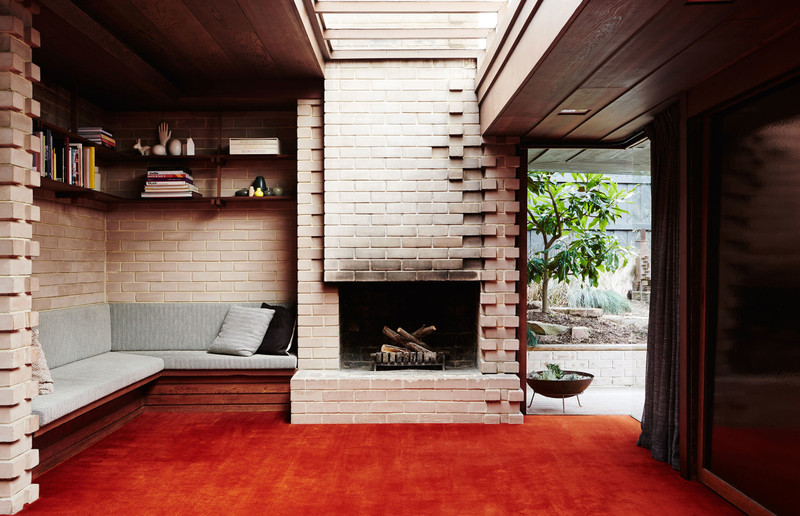 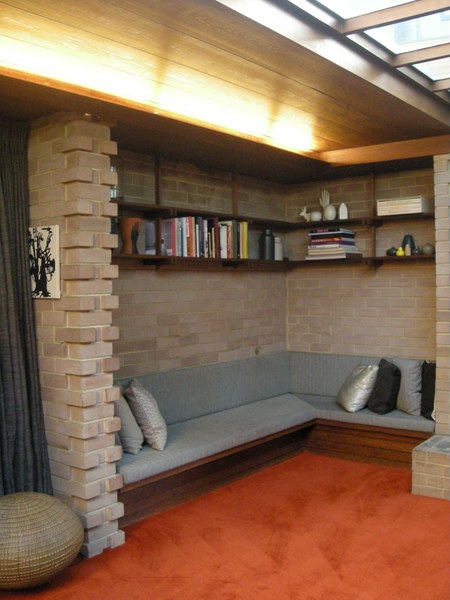 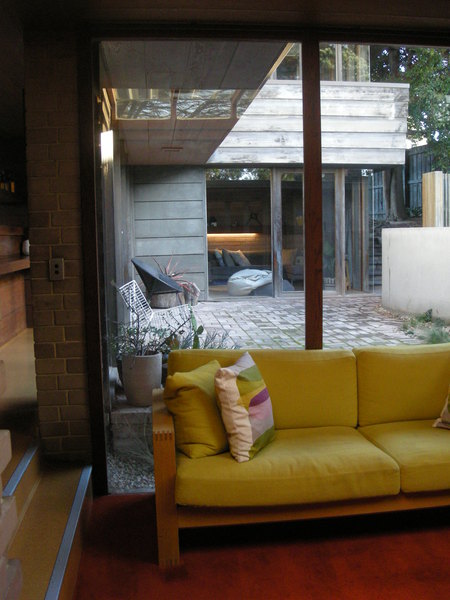 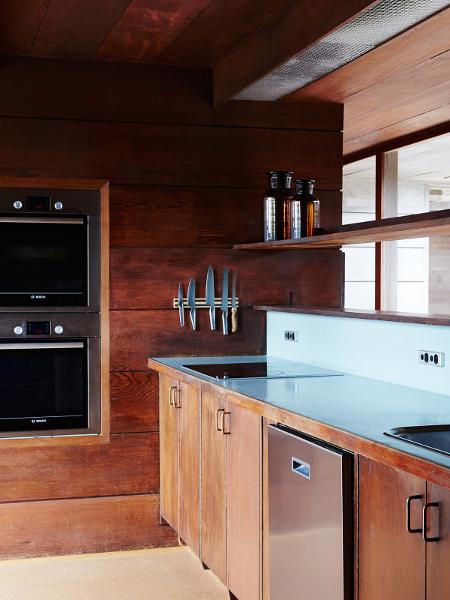 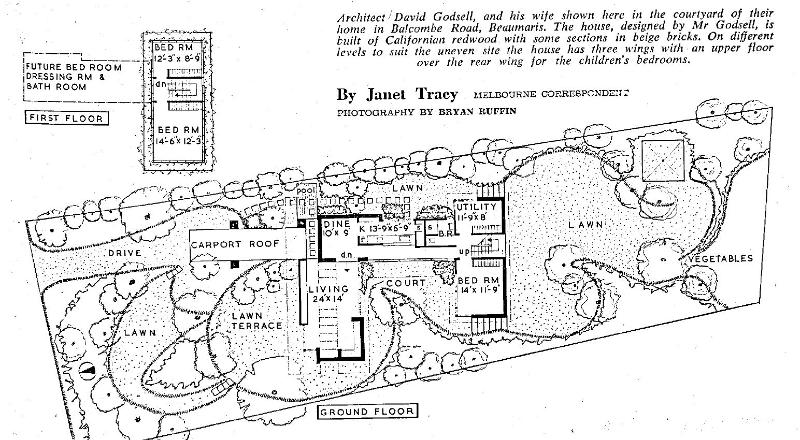 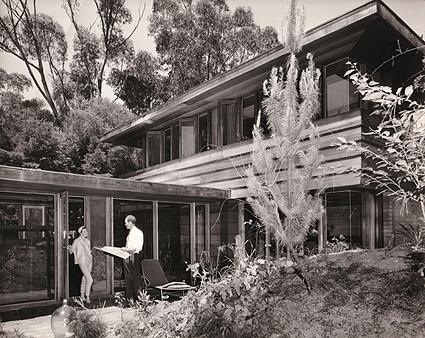 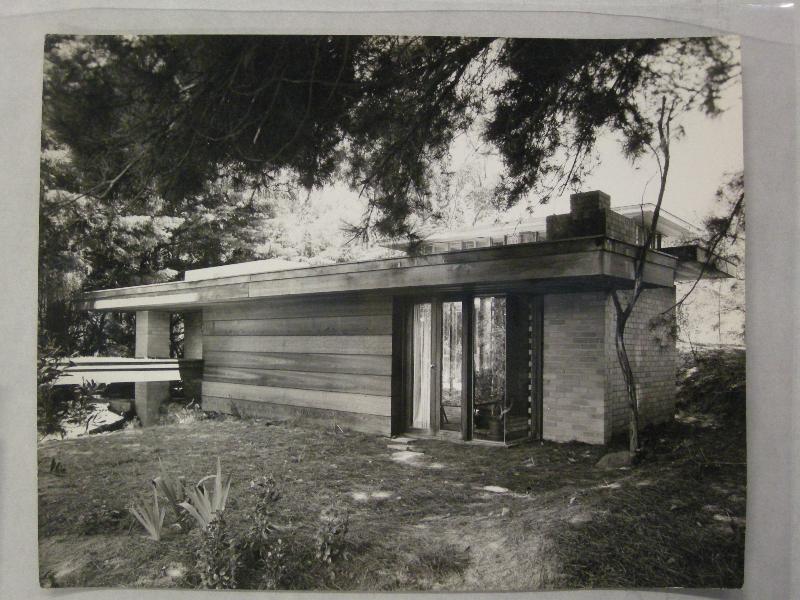 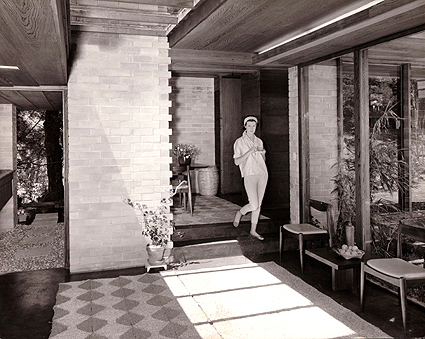 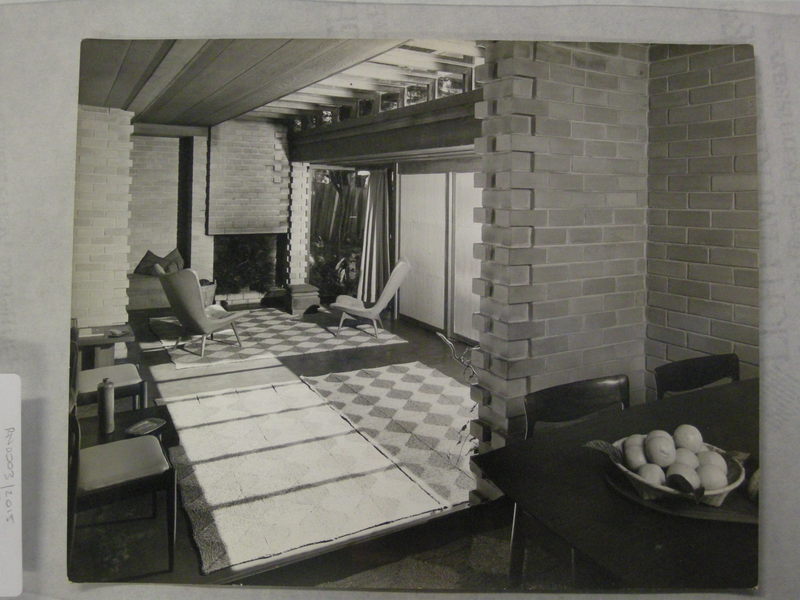 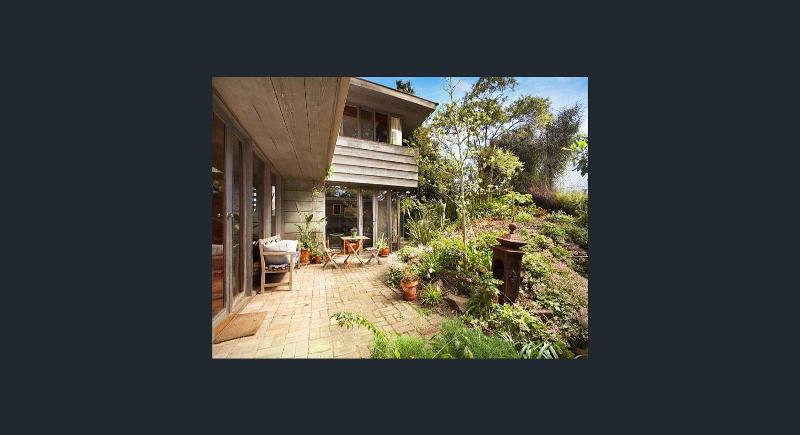 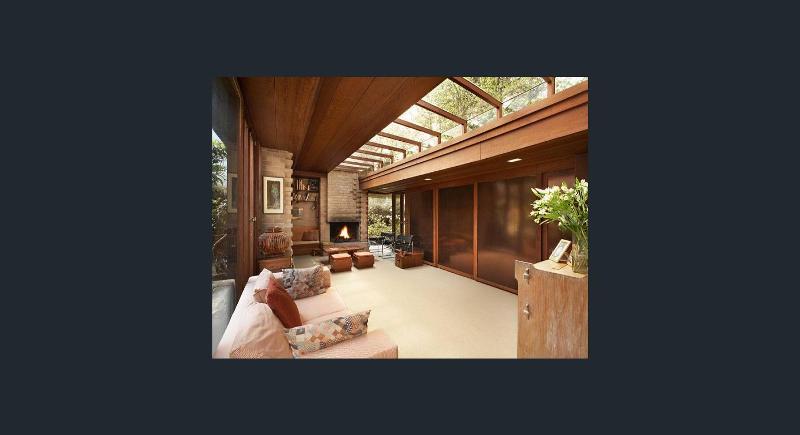 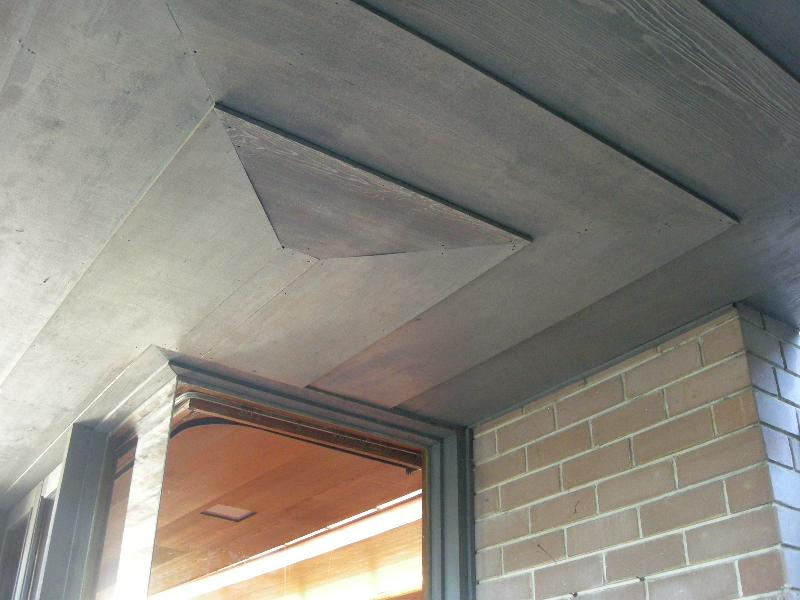 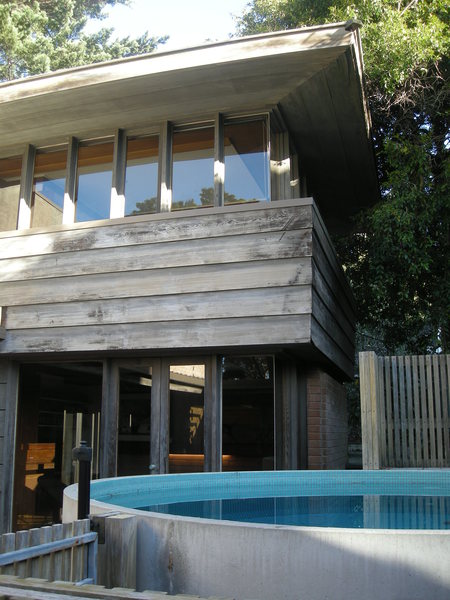 The David Godsell House, including the exterior and interiors of the residence including the 1966 studio and the 1972 upper storey addition; the street boundary brick walls and other exterior brick walls; landscape elements and other features; and fixtures attached to the building including the wall and ceiling linings, light fittings, copper rainwater head, built-in furniture, cupboards, cabinets and shelves. The cylindrical concrete pool, associated timber steps, decking, battened safety fence and gate at the central courtyard's western edge have no cultural heritage significance.

David Godsell and his wife Ursula ('Terry') Godsell purchased the 491 Balcombe Road site in November 1956. The David Godsell House is the realisation of a design for himself and his family upon this site and was documented by Godsell during the first half of 1960. The majority of the present-day house was constructed between mid-1960 and the early months of 1961. Small spaces also designed by David Godsell were added to the house during the Godsell family's occupation of the house in subsequent years - a home-office (studio) in c.1966, laundry adjacent to the kitchen in c.1970, and an additional upper-storey bathroom and bedroom in c.1972. Prior to his death in 1986, David Godsell conducted his architectural practice from the studio at 491 Balcombe Road. Terry Godsell continued to live in the house until its 2008 sale to the current owners. Very little change has occurred to the house since that time, apart from the addition of an outdoor timber decking area to the north of the living room, and a cylindrical concrete plunge pool and associated timber steps, decking, safety fence and gate to the central courtyard's western edge.

The David Godsell House is a freestanding single-family dwelling sited centrally within a roughly rectangular 935 sq.m (0.23 acre) block of land. Its external walls are predominantly of Californian Redwood cladding boards and fawn-coloured face brickwork. The house is a careful composition of rectilinear flat-roofed wings, three of which face inwards towards a sheltered courtyard. The 12-inch Californian Redwood boards which clad the house also feature prominently in its interiors. The living room features a large linear skylight of timber-framed topaz panes of glass, the western end of which terminates in a junction with the house's face brick chimney. The corners and edges of this chimney - and of other panels of brickwork in the house - feature toothed and recessed bricks in alternate courses, creating richly textured surfaces. Joints between panes of window glass at the external corners of rooms, and between the horizontal and vertical glass along the living room skylight's northern edge, have been mitred and glued with great care. Soffits of the carport and entry roofs - and the wide eaves of other roofs - are lined with the same 12-inch Californian Redwood boards used on the house's external and internal wall surfaces, subtly vertically stepped and also mitred at the corner junctions. Much of the house's interior materials and finishes remain in their original state, including the unpainted face brickwork; timber wall and ceiling lining boards; internal doors; built-in furniture and open shelves; storage cupboards; kitchen cabinetry and shelves; and some of the fixtures within the bathrooms. The house's original and carefully concealed ceiling-mounted fluorescent tube lighting also appears intact. Free-standing external brick walls, including the wall along the Balcombe Road street boundary, feature courses of toothed and recessed bricks detailed similarly to those deployed within the house.

The David Godsell House is located on the traditional lands of the Bunurong people.

The David Godsell House is of architectural significance to the State of Victoria.

It satisfies the following criterion for inclusion in the Victorian Heritage Register:

The David Godsell House is significant at the State level for the following reasons:

The David Godsell House is architecturally significant as a notable example of postwar Modern residential architecture in Victoria. It is a fine example of a Modern house designed and built in the 1960s - displaying a large range of design characteristics that are of higher quality than are typical of places in this class - and it displays these in a way that allows the class to be understood and appreciated. It is also highly intact, remaining largely unchanged from the periods of its conception and construction. It is thoughtfully designed and detailed, containing a skilful interplay of stepping horizontal roof and floor planes which integrate harmoniously with its sloping site. Simultaneously spatially rich and technologically lean, the house also exhibits a striking humility of scale. The David Godsell House has received critical recognition within many design and architectural print and online publications. [Criterion D]