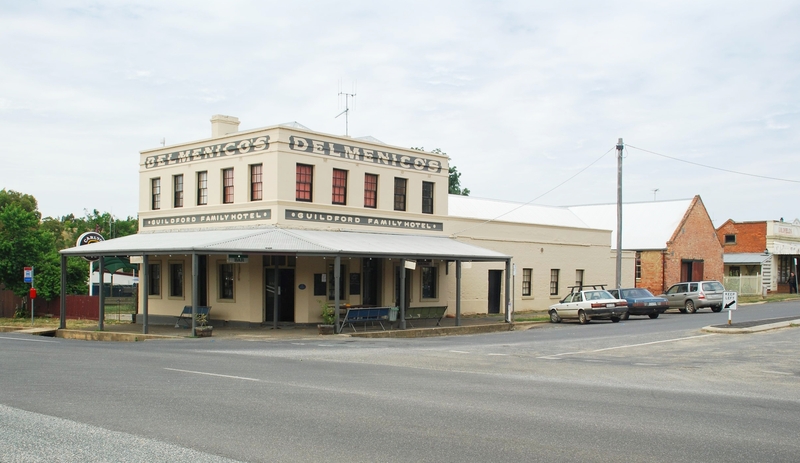 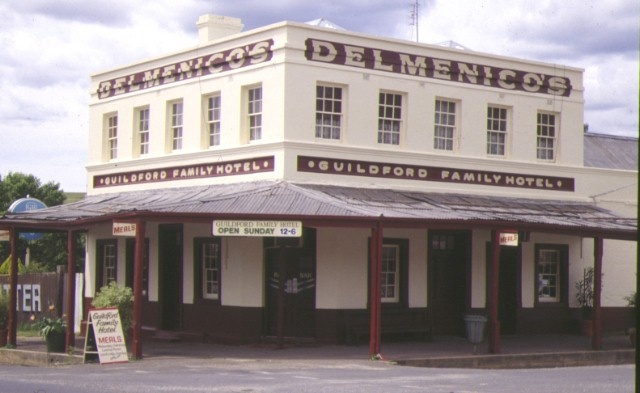 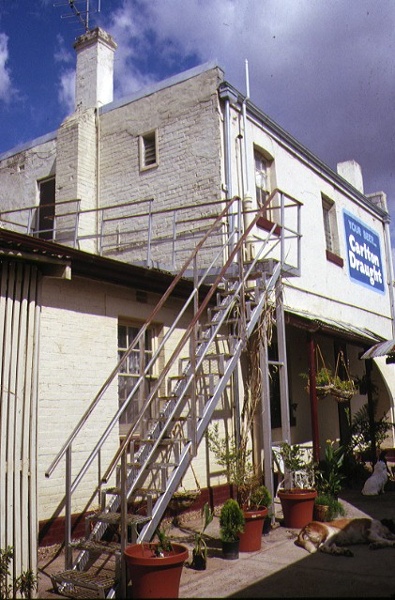 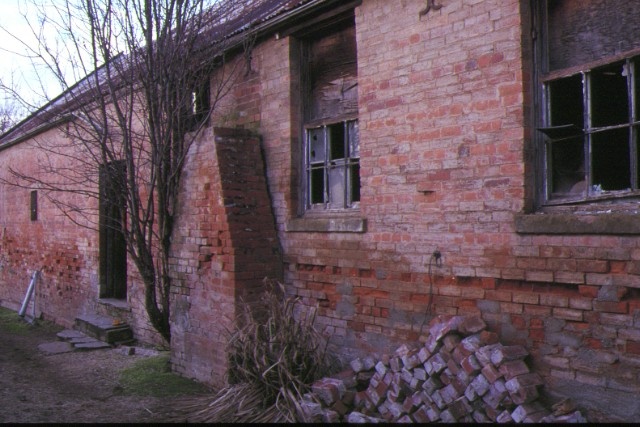 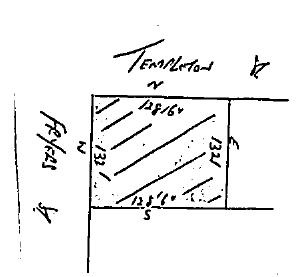 What is significant?
The Guildford Hotel was built in 1855-6 for Joseph Sherer on a main corner site in the town. A combined music hall and stables building was added on the adjacent site by 1863, but possibly as early as 1856.

In 1856 Joseph Sherer acquired an acre of land on the corner of the Midland Highway and Fryers Street, Guildford. A substantial hotel building, known as Sherer's Hotel and containing eleven rooms with offices and detached kitchen, was described that year as newly built. The following year the hotel was offered for lease and at this time it was described as containing a large bar, parlours, dining rooms and bedrooms, together with a newly erected concert hall, and a stable capable of accommodating sixteen horses with large hay loft and harness room. This would appear to include the present music hall and stables building, built on the adjoining allotment in Fryers Street.

William Gaffney became the hotel licensee in 1861 and Gaffney's Hotel was reported to have stabling for fifty horses and a long room fitted up as a theatre in 1863. A grand music festival was advertised at the hotel that year and the complex was also used as a coach office for Cobb and Co and for numerous sales and auctions.

In 1865 Gaffney's Hotel was sold to Giles Church, a local hotelier, and the first and subsequent Guildford Borough Council meetings were reportedly held there in 1866. Improvements, including the addition of an ornamental verandah, were made to the building in 1885 by the new owner, Wearn Dunstan and further works were undertaken in 1893 to both the hotel, known as Dunstan's Family Hotel, and the adjoining building, known at the time as the assembly rooms.

In the early 1920s Pasquale Delmenico acquired the Guildford Hotel and it remained in the ownership of this family until 1992. The Delmenico family had arrived in Guildford in 1855, as part of a large contingent of Swiss immigrants who settled in the area.

The Guildford Hotel complex comprises a two storey corner building of rendered brick, an adjoining single storey wing and a detached building. The main two storey parapeted building, with corner entrance, has a double hipped roof, verandah, and twelve-paned, double hung windows. All original window and door openings have been retained. The detached building has a steeply pitched gable roof, originally shingled, some evidence of which remains. The gable ends are parapetted and the stable end contains an unusual open brickwork section, used as a dovecote, which allowed light penetration and ventilation to the hayloft.

How is it significant?
The Guildford Hotel, Music Hall and Stables are of architectural and historical significance to the State of Victoria.

Why is it significant?
The Guildford Hotel, Music Hall and Stables is of architectural significance as a rare example of a goldfield music hall and stables building. Other surviving examples are the Star Theatre, Chiltern, 1865 (VHR H0278) and the former Royal Hotel and Theatre, Maldon, 1857 and 1862 (VHR H1391). The retention of the form of the hotel building, and some original detailing, such as the windows, is of importance.

The Guildford Hotel, Music Hall and Stables is of historical significance due to its association with the gold rush period and the subsequent development of the colony. It is illustrative of the development that took place in the town as a result of the gold rush and is significant as the sole survivor of a large number of hotels built during Guildford's peak of development. The complex, in particular the music hall, played an important role in the life of the town as a community meeting place.