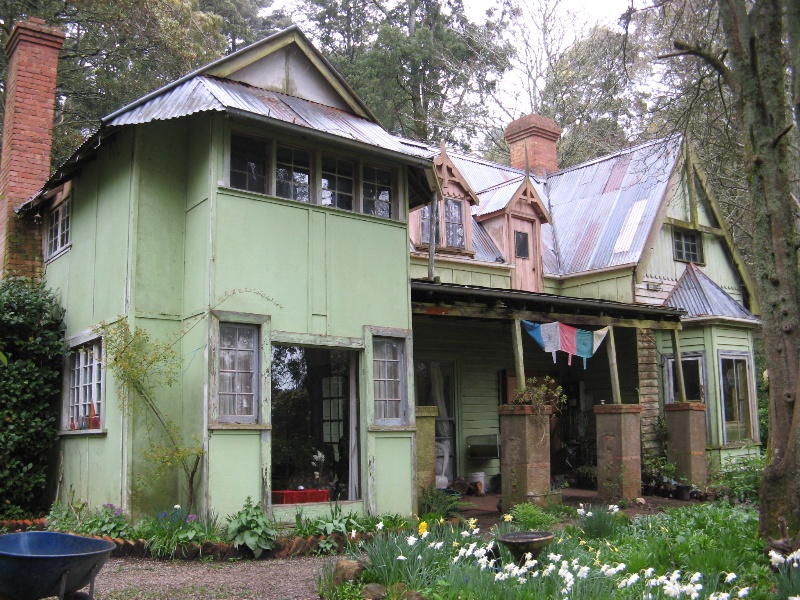 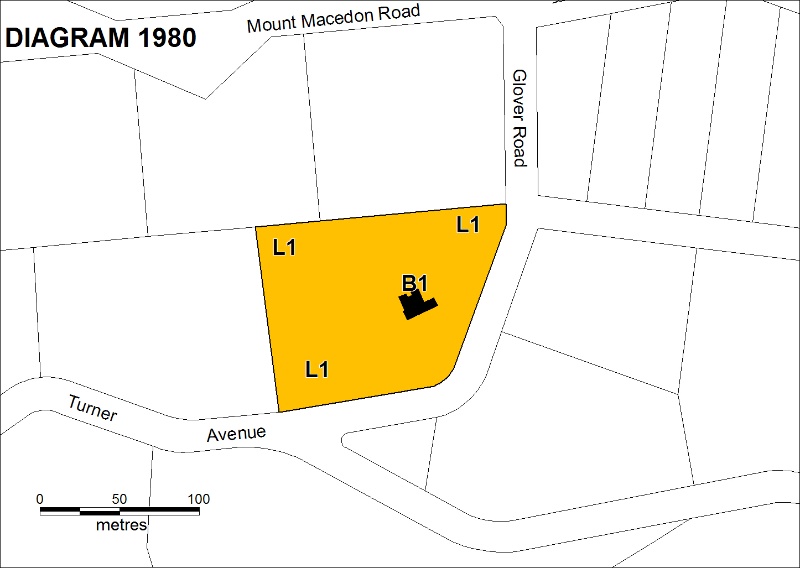 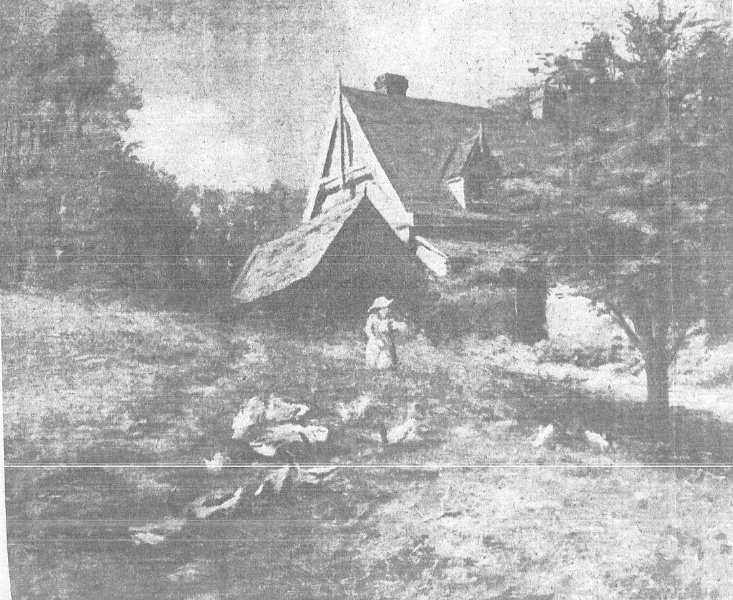 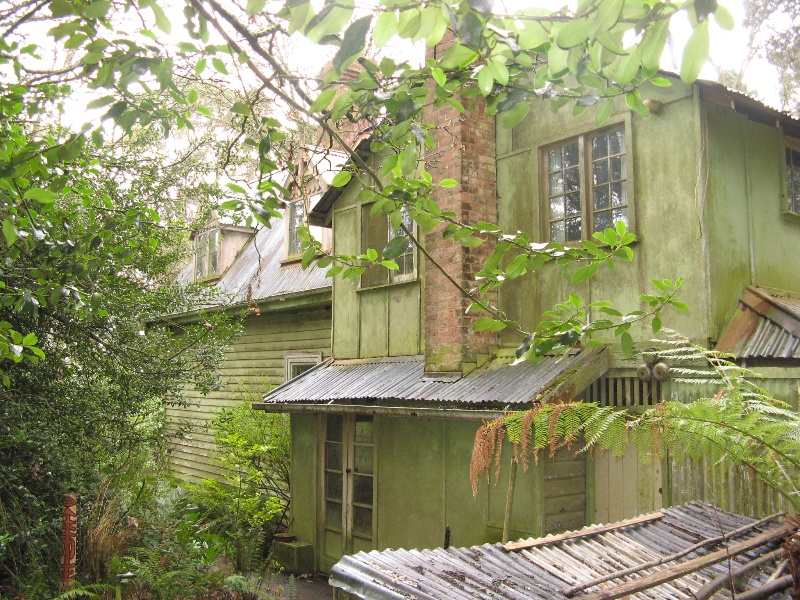 Fontainebleau was originally built in the late nineteenth century, probably in Melbourne, and was moved to Mount Macedon and purchased in 1901 as a home for his family by the artist Frederick McCubbin (1855-1917). He named it after the forests near Paris where the Barbizon painters had worked. The McCubbin family lived there for five years, with McCubbin continuing to work in Melbourne but spending weekends and holidays at Fontainebleau, even after the family's move back to Melbourne in 1907. McCubbin was one of Australia's most admired artists of the late nineteenth and early twentieth centuries. He was one of the founders of the Heidelberg school and was a major figure in the development of the Australian school of landscape and subject painting that emerged at the close of the nineteenth century. The garden and bush around Fontainebleau became one of McCubbin's main painting grounds, and was to provide him with the inspiration for some of his most memorable and best-loved works, including the iconic painting The Pioneer (1904), which was painted in the bush near the house. Two years after McCubbin's death the family moved back to Fontainebleau. His widow Annie planned to run it as a guest house, and in c1920 added two new accommodation wings. Although the venture was not successful it continued to be run as a guest house after Annie's death c1930 until the 1960s. It is now a private residence.

Fontainebleau is a rambling asymmetrical two-storey timber and fibro building with a corrugated iron clad roof. The oldest part of the building is a weatherboard Gothic style house with a steeply-pitched gable roof and dormer windows, originally with three main rooms, the front one with a bay window, and a kitchen on the ground floor and three bedrooms upstairs. At the front, facing Hanging Rock, is a recessed verandah. As part of the c1920 conversion to a guest house, two two-storey fibro-clad gabled wings were added, one along the east side of the house and one along the rear. The side wing has a large lounge room with an open fireplace on the ground floor and bedrooms and a bathroom above. The rear wing has a kitchen, a laundry and the former dining room on the ground floor and bedrooms and bathrooms on the first floor. The house is set on a large steeply sloping block of land amidst gardens and bushland on the north side of Mt Macedon. Below the house is a level terrace, once used for games. This site is part of the traditional land of the Wurundjeri people.

Fontainebleau is of historical and architectural significance to the state of Victoria.

Fontainebleau is of historical significance as the former home of Frederick McCubbin, a founder of the Heidelberg School, the first major local movement in the history of Australian art, and one of Australia's best-loved artists. He was an important figure in the development of art in Australia, and his depictions of the Australian bush are among Australia's most well-known and popular paintings. McCubbin was deeply attached to the bush close to Fontainebleau, which was a continuing inspiration for him. The works painted in the area during the last seventeen years of his life are considered to be amongst his most important.

Fontainebleau is historically significant for its association with the development of the tourist industry in Victoria in the early twentieth century, which occurred then mainly due to the development of an effective and relatively cheap transport network and increasing levels of affluence and of leisure time. The 1920s was the heyday of the guest house, the main form of accommodation in the popular seaside and mountains resorts at the time.

Fontainebleau is of architectural significance as a rare and essentially intact example of a typical guest house of the 1920s. Guest houses at this time were often built from inexpensive materials such as timber, cement sheet and corrugated iron and were typically extended in a haphazard way around a former private residence.