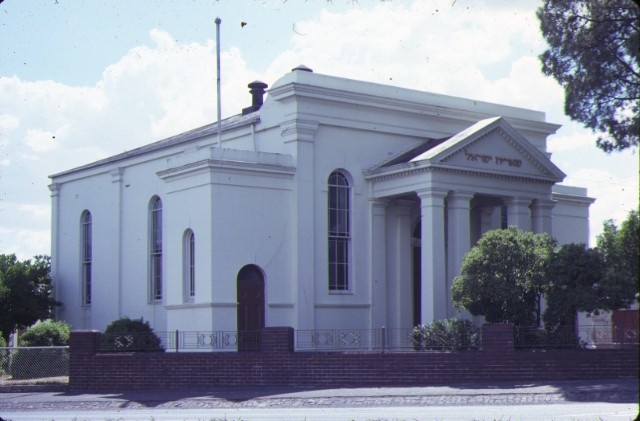 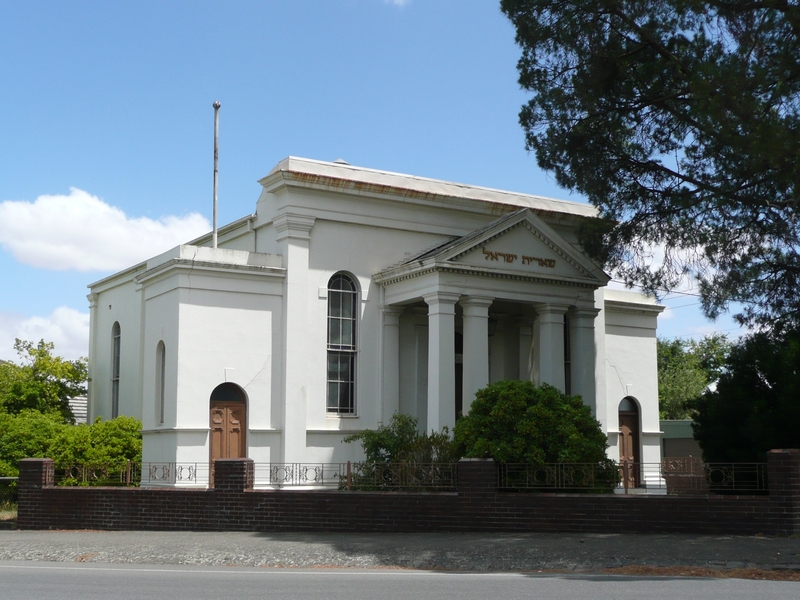 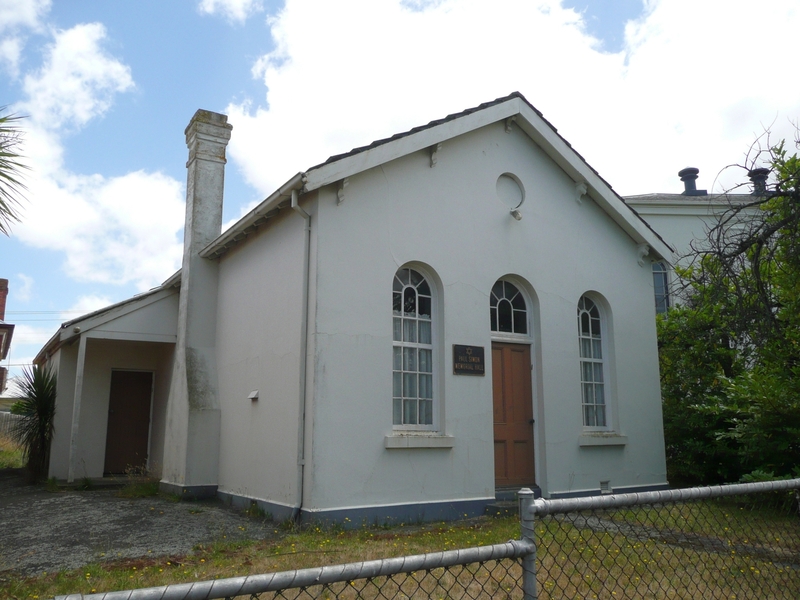 What is significant?
The Jewish Synagogue in Barkly Street, Ballarat was built in 1861 anddesigned by the local architect, T. B. Cameron for the Ballarat Hebrewcongregation. The first Jewish service was held in the Clarendon Hotel,Lydiard Street, in 1853 as the Jewish community began to establishitself in Ballarat, two years after gold was discovered in the area. Thegrowth of this community in the township of Ballarat resulted in theneed for a permanent synagogue.

Constructed in Barkly Street and consecrated in 1855, the first synagogue in Ballarat was a large, timber building, designed to accommodate a congregation of about two hundred. Two years later, about three hundred Jews were recorded as residing in Ballarat and the surrounding areas, with similar numbers in Bendigo and fewer in such towns as Geelong, Avoca and Castlemaine. In 1859 the Ballarat East Town Council requisitioned the land in Barkly Street and granted the congregation a replacement site at the corner of Barkly and Princess Streets. Private homes were used for religious services until the new synagogue, designed to accommodate about three hundred and fifty people, was built, and consecrated in 1861.

The Synagogue is a single storey rectangular building designed in a simple Renaissance Revival style with pedimented portico fronting a parapeted main hall. Paired Tuscan squared columns and pilasters support the portico, the tympanum of which contains the name of the congregation, ?Remnant of Israel? in Hebrew characters. Tuscan pilasters support the deep cornice of the main parapet and divide the side facades into bays. Simple, tall round-headed window openings flank the front portico and are positioned along the sides of the main hall.

Remodelling was undertaken in 1878, including the extension of the women?s gallery along the sides of the hall, and the addition of a second staircase to the gallery and ante-rooms towards the front of the building. Externally the latter are in a style consistent with that of the building. The Synagogue was originally constructed in face brickwork, with contrast provided by rendered pilasters, columns, pediment, window reveals and cornice. The entire building has since been rendered. The building was renovated in the 1960s and 1970s and is still in use as a synagogue.

How is it significant?
The Jewish Synagogue in Ballarat is of architectural and historical significance to the State of Victoria.

Why is it significant?
The Synagogue in Ballarat is of architectural significance as an example of conservative classical design as applied to an early religious building in Victoria. The interior of the building is also significant with intact furniture and fittings, including a cedar Bimah and cedar-fronted Ark, and cast iron gallery balustrading.

The Synagogue in Ballarat is of historical significance as an early example of a synagogue constructed for a Jewish congregation in Australia. Regarded as a highly orthodox synagogue in its early years, it is one of the few surviving nineteenth century synagogues in Victoria. Jewish congregations were formed in the country centres of Ballarat, Bendigo (synagogue demolished in 1920), Geelong (synagogue sold) and Shepparton and the synagogue in Ballarat is the only one still used for religious purposes. It is illustrative of the development of an early and strong Jewish community in Ballarat, and reflects the number of Jews, particularly from Europe, who settled permanently in the area from the 1850s. By the 1870s, Jews were relatively more numerous in Ballarat than in other Victorian towns and as a community they strongly influenced business life in the town.The Synagogue also has significance as one of the early surviving buildings in Ballarat and is illustrative of its early development.

The Synagogue in Ballarat is of scientific (horticultural) significance for the specimen of Pinus Canariensis (Canary Island Pine) which is located in front of the synagogue. It was one of two planted on 22 July1867 by Jacob Bernstein, an active member of the Hebrew congregation in Ballarat and committee member for over thirty years. One tree was later removed however the remaining tree is a fine example of this species.
[Online Data Upgrade Project 2004]