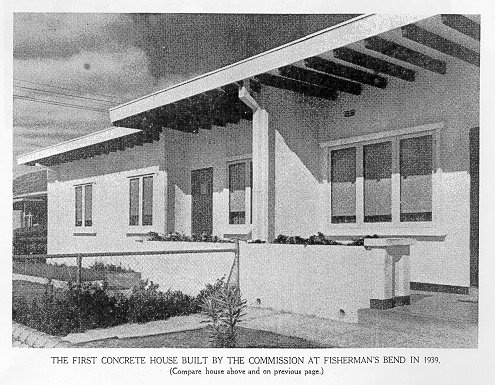 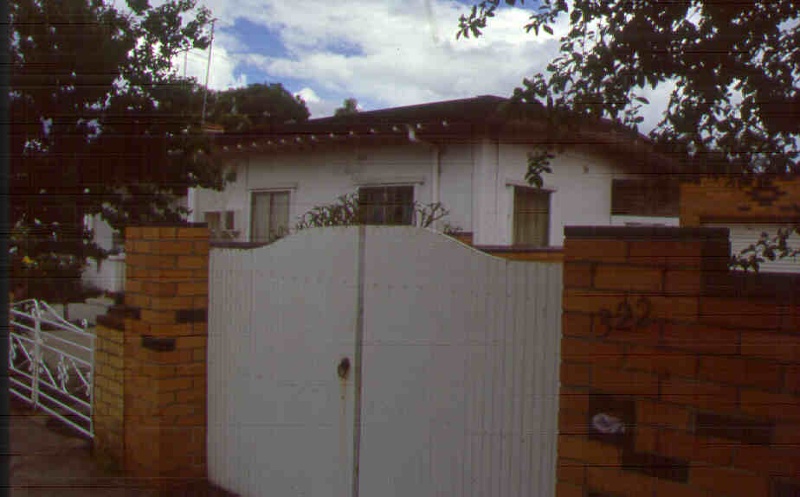 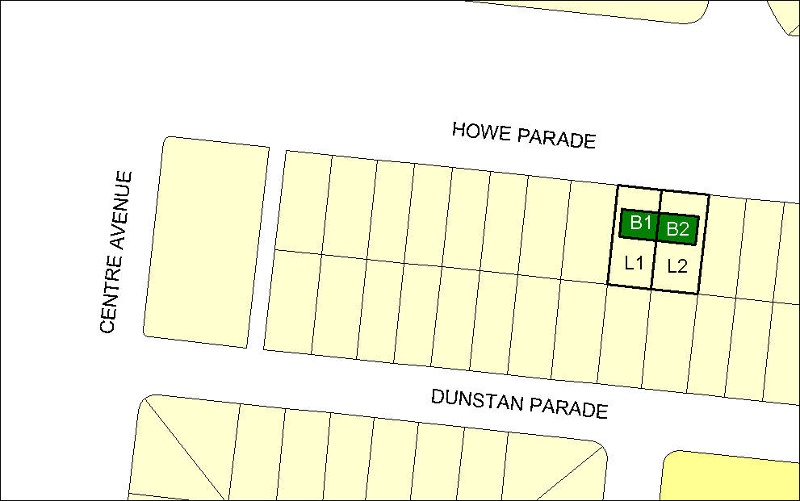 What is significant?
The Housing Commission of Victoria was established in 1938 to improve housing conditions for low-income people. The first Housing Commission estate was built on 55 acres of reclaimed wasteland at Fishermen's Bend and initially re-housed families from South Melbourne and Port Melbourne. In February 1939 the Housing Commission announced a competition for a layout design for the Fishermen's Bend estate and architectural designs for the houses. The specifications for the competition were prepared by the architect Marcus Barlow. The competition was won equally by the architects Ballantyne & Wilson and the surveyors Tuxen & Miller. It was Saxil Tuxen's design that was finally used for the Fishermen's Bend estate. It reflected his knowledge of American suburban estate design as well as English Garden City planning and included cul-de-sacs, a community centre and playgrounds.

The Commission had decided not to appoint staff architects but to appoint a panel of consultant architects to be paid on a commission basis. It was intended that the winners of the competition would be included in the panel. Both the winner, E C Jackson, an architect with the Commonwealth Department of Works and the runner-up, Eric Andrew, a Sydney architect, declined to leave their positions to join the panel. The panel was finally appointed in May 1939 comprising John Scarborough as Chairman, Arthur Leith, Frank Heath and Best Overend: all partners in well-established Melbourne architectural and engineering firms.

The single-storey pair of houses at 324-326 Howe Parade were the first to be built at the Fishermen's Bend estate in 1939. They were designed by the panel as an experiment in precast reinforced concrete construction. They were built using a system devised in the 1920s by T W Fowler, a retired surveyor and farmer of Werribee. The use of concrete in this way reduced both costs and construction time.

How is it significant?
The Experimental Concrete Houses are of historical, social, scientific and architectural signicance to the state of Victoria.

Why is it significant?
The Experimental Concrete Houses are of historical significance as the first pair of houses to be built by the newly established Housing Commission of Victoria. The Housing Commission implemented a massive program of providing low-cost public housing in Victoria after the Second World War. The houses are the first physical manifestation of an official response to the housing crisis of the 1930s and the growing concern about the conditions under which some working class people lived. The houses provide a tangible link with the slum abolition movement of the early 20th century which was the catalyst for the formation of the Commission. Individuals such as F Oswald Barnett, social reformer and later member of the Housing Commission, and organisations like the government appointed Housing Investigation and Slum Abolition Board (HISAB) set up in 1936 played pivotal roles in the move towards government acceptance of its social responsibility. The establishment of the Housing Commission was a direct outcome of HISAB's research and findings into the slums of Melbourne.

The Experimental Concrete Houses are of social significance as the forerunner of the Housing Commission's post-war Concrete House Project which, culminating in the high rise flats of the 1960s and 1970s, had wide reaching implications for Victorian society. The social, cultural and economic influences that had shaped the policies of the Housing Commission in the 1930s and led to the construction of the concrete houses had shifted by the 1960s. The Commission's concern with slum clearance and high rise development became increasingly at odds with community concerns about social dislocation, inner city redevelopment and the social problems of high density, high rise living. Pressure from community and interest groups ultimately led to a change of public housing policy.

The Experimental Concrete Houses are of scientific (technical) significance as important early examples of the Fowler precast concrete system. This technique involved casting a complete wall section, with doors and window openings, conduits and other features, on an elevated flat metal table. When it was set, the wall was tilted to a vertical position and then held by adjustable jacks and moved on rollers onto concrete piers. The technique had been used since the 1920s by T W Fowler before it was used as a prototype at Fishermen's Bend and then adopted by the Housing Commission who refined and developed it over the next 30 years. These technical developments in the precast concrete system culminated in the high rise blocks built by the Commission, including the landmark, 30 storey Park Towers at South Melbourne built 1965-69.

The Experimental Concrete Houses are of architectural significance as one of the few modern examples of architectural design subject to mass production line principles. The modern movement in architecture espoused the aesthetic of mass production in the machine age and claimed to embrace such qualities in design. The simple form of the concrete houses and their construction technique reflect the modernist interest in technology and functionalism.