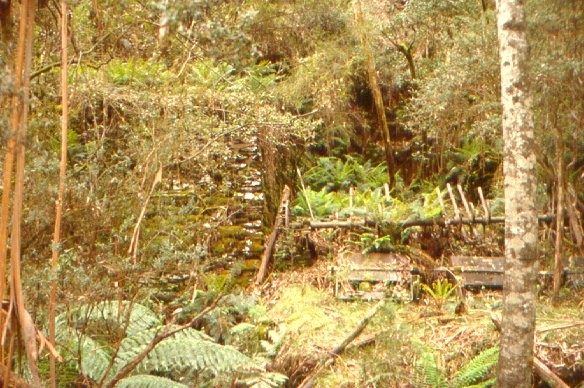 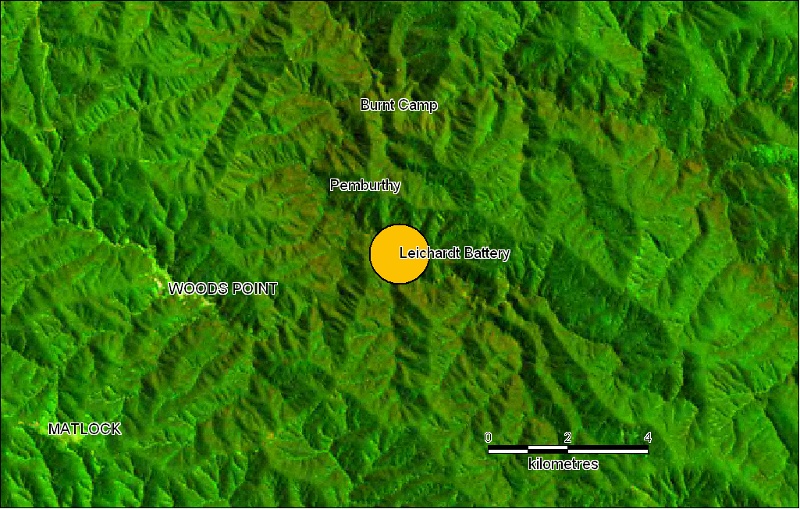 What is significant?
A party of prospectors found a gold bearing reef near the junction of Wye's and Stander's creeks in 1886. A year later the party was building a large wooden-spoked water wheel and carting to the site a 15-head stamper battery to crush their ore. They mined the reef from various tunnels conveying the ore to the battery along a network of tramways.

The battery treated payable ore until 1891, and following several lean years of mining, the battery was abandoned. A small mining settlement known as Wyeton was located near the battery, at the junction of Wye's and Stander's creeks. The small town was also abandoned when mining ceased in the area during the 1890s. At its peak, Wyeton had a shop and restaurant and enough people lived in the locality to form a cricket team. It was an especially tough spot for the inhabitants during winter as the steepness of the creek valley allowed only two hours of sunlight.

The site contains the largest collection of in situ archaeological features belonging to a nineteenth century water-powered battery yet identified in Victoria. The significant features include:

- 15 head stamping battery with the name Enoch Chalmers, Melbourne & Prahran cast into the side of the boxes.
- cast iron sections of three processing tables.
- bowl of one Berdan pan plus grinding ball.
- towering stone retaining wall which supported the flume that carried water to the wheel.
- waterwheel pit containing the cast iron hub of the wheel.
- substantial heap of battery sand with corrugated iron tanks belonging to a cyanide plant.
- several adits, a water race and carting tracks are located on the hillside above the battery.
- substantial stone fireplaces at the battery site and Wyeton Township site.

RARITY
The use of waterwheels to power ore-processing machinery was a significant feature of gold mining during the nineteenth century. Of the many hundreds of mines where waterwheels were used, there are now only about twenty sites where substantial evidence survives. Six of the twenty sites are currently listed on the Victorian Heritage Register: Royal Standard (extent of surviving remains); Morning Star, New Chum and Murmungee sites (iron or wooden-spoked wheels survive); and Garfield and Mopoke sites (substantial stone abutments survive). The Leichardt Gold Crushing Battery is a crucial addition to this list due to its technological purity, intact and undisturbed state.

How is it significant?
The Leichardt Gold Crushing Battery is of historic and scientific (technological and archaeological) significance to the State of Victoria.

Why is it significant?
The Leichardt Gold Crushing Battery is historically important due to its association with nineteenth century gold mining. It is also important as a rare and relatively intact example of a once plentiful type.

The Leichardt Gold Crushing Battery is of scientific (technological) significance. It is one of the best preserved examples of the twenty water-powered battery sites identified in Victoria. Crucial to the significance of the place is the purity of the technology, the size of the battery (15 head of stampers) and the presence of a range of other machinery elements that help demonstrate the flow of material through the crushing plant. Other visible elements are a sizeable heap of battery sand and relics of cyaniding operations.

The Leichardt Gold Crushing Battery is archaeologically significant as a snapshot of late nineteenth-century mining technology and domestic life. Unlike many other Alpine sites, the battery had only the one brief period of operation and so was not subject to later modifications and alterations associated with renewed periods of mining. A small village called Wyeton grew up around the battery and remnants of it survive today.