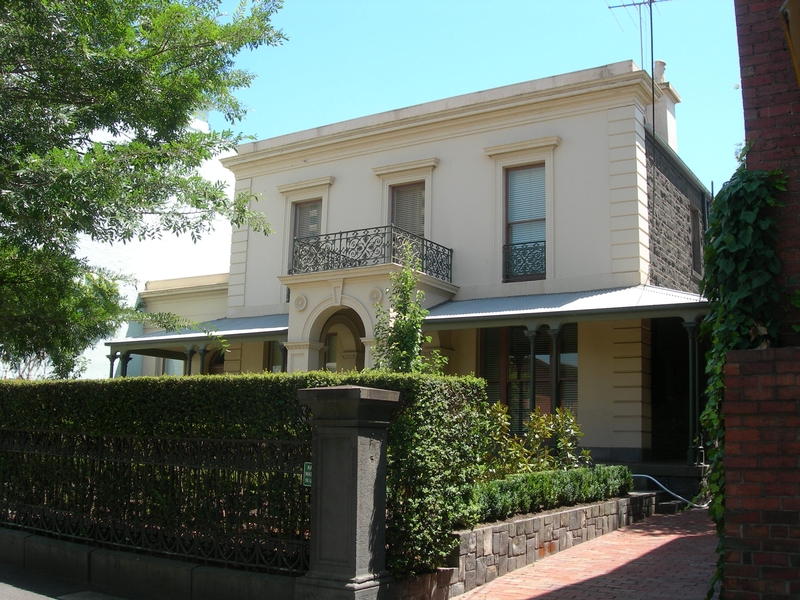 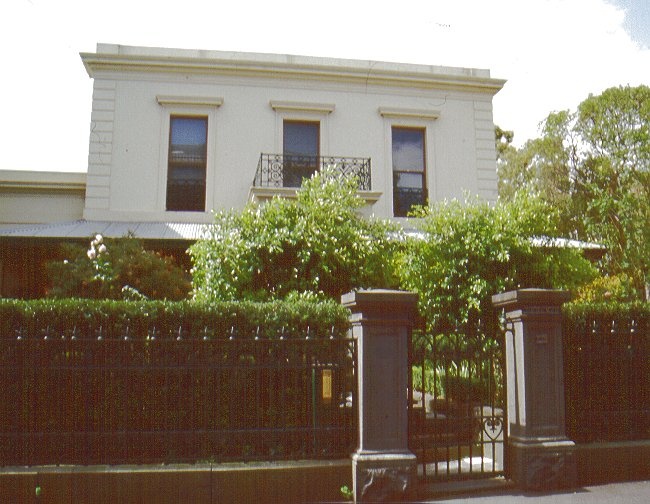 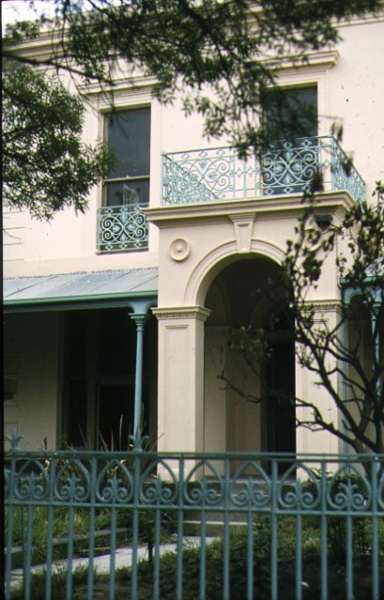 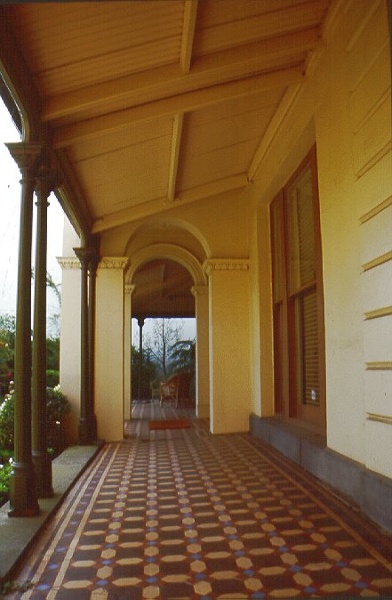 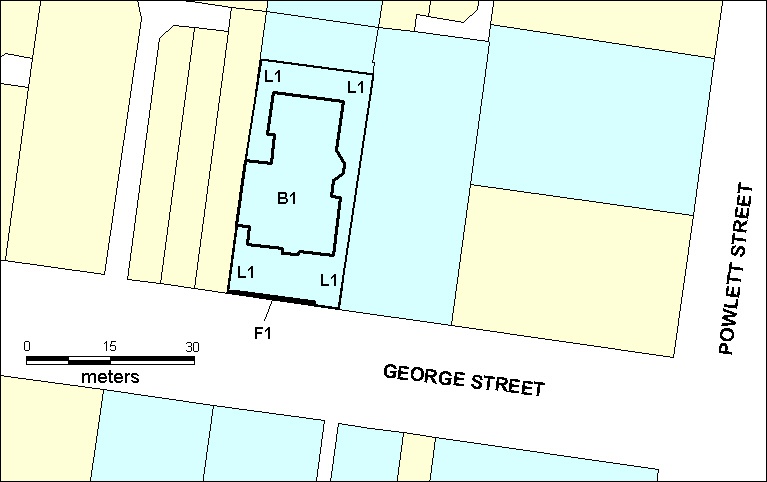 Braemar is a bluestone and brick two-storey residence built in early 1865 to designs prepared the previous year by the noted architect Leonard Terry. The main facade is symmetrical with a central portico and a full-length verandah supported on slender paired cast iron columns. The restrained detailing to the portico and window openings and touches of the Regency style generated by the stucco finish, fine mouldings, and the plain parapet are all hallmarks of Terry's style. A wrought-iron balustrade surmounts the portico and the upper floor windows are partially screened by a similar wrought-iron balustrade. The ballroom, added in 1886 to the west side of the house, survives although other nineteenth century additions do not. A two storey coach house and stables shown on early plans also no longer survives. Jenkin Collier, noted land boomer, financier and Director of the City of Melbourne Bank owned Braemar from 1872 to 1918, and occupied it until 1891. He and three other directors were tried in 1892 on a charge of issuing false balance sheets. They were defended by Alfred Deakin and other prominent lawyers and were acquitted.

Braemar is of architectural and historical significance to the state of Victoria.

Braemar is architecturally significant as a fine example of the domestic work of leading Victorian architect Leonard Terry. Braemar is one of his few domestic buildings to survive. There is a much larger surviving group of banks designed by Terry. Braemar is significant for demonstrating Terry?s commitment to a very conservative manner of classicism. The restrained detailing to the portico, window mouldings and parapet is characteristically Terry's style. The later ballroom is more elaborately decorated and is in contrast to the rest of the house. Braemar, one of the early mansions in East Melbourne, can still be clearly understood in terms of the 1864 plan and layout.

Braemar is historically significant for its association with Jenkin Collier who owned the building from 1872 to 1918. Collier achieved notoriety as a so-called land boomer who was implicated in banking fraud in the economic depression of the early 1890s. The development of East Melbourne did not occur until the late 1850s and Braemar survives as an early example of the larger mansions built by the wealthy who were able to purchase the land when it was finally alienated by the Crown.