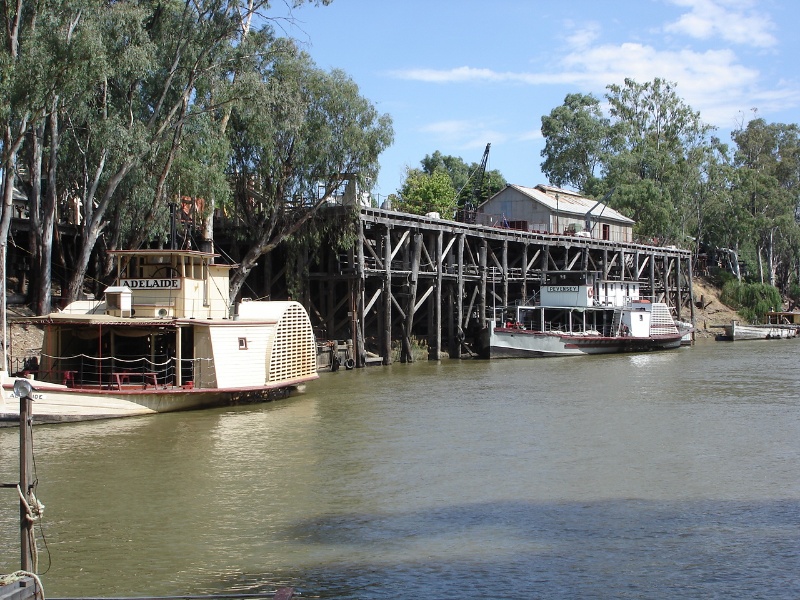 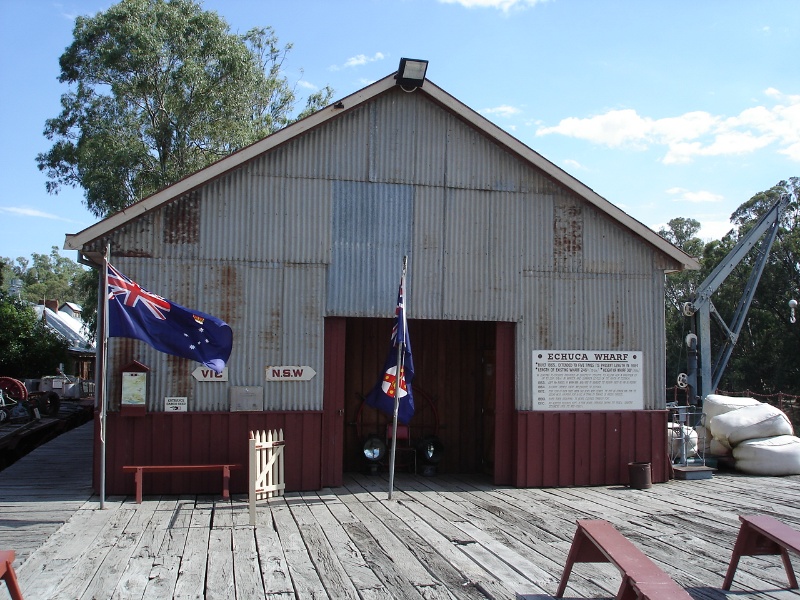 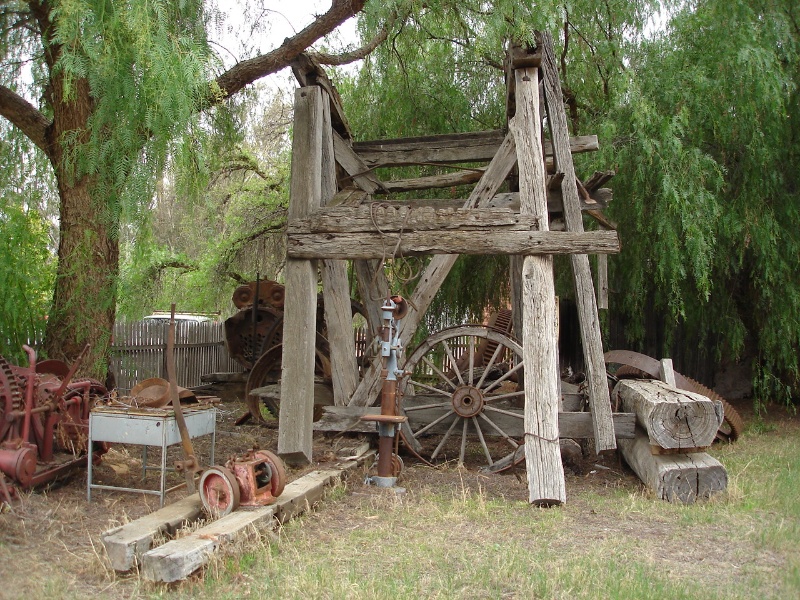 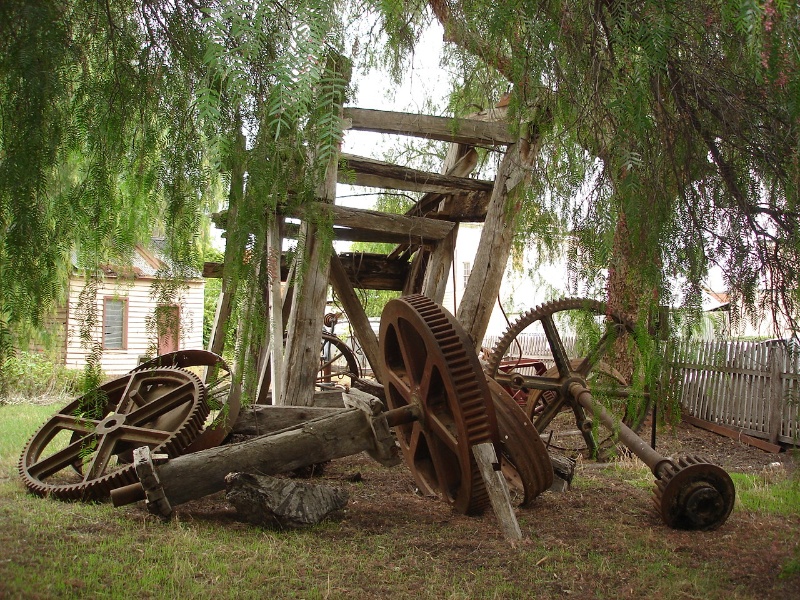 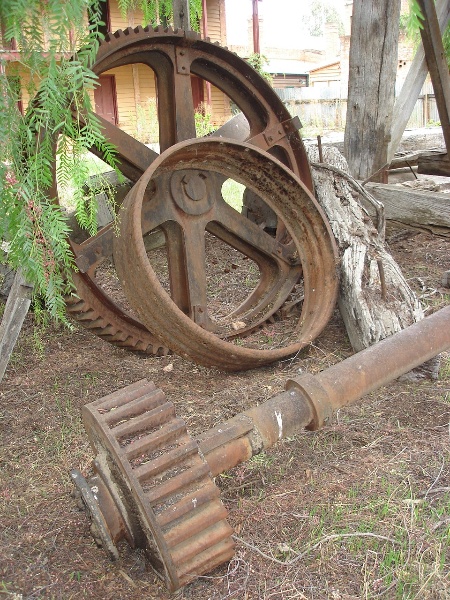 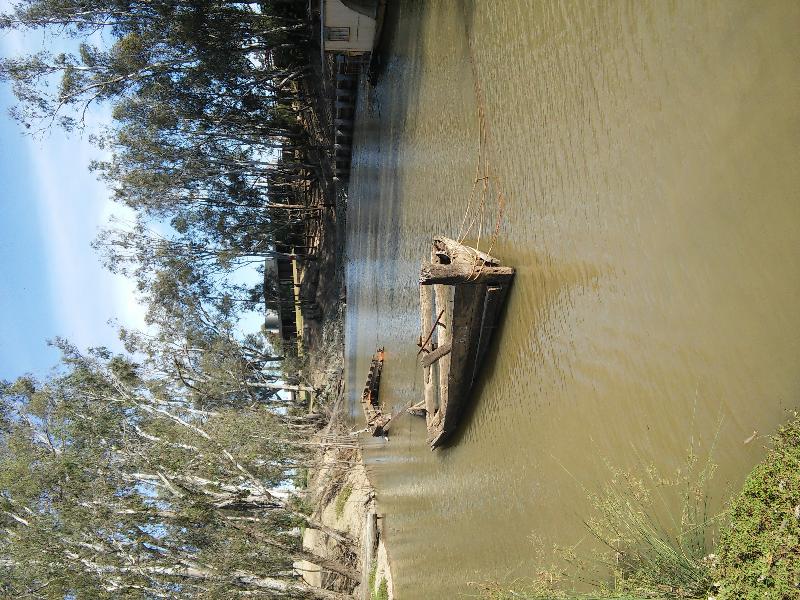 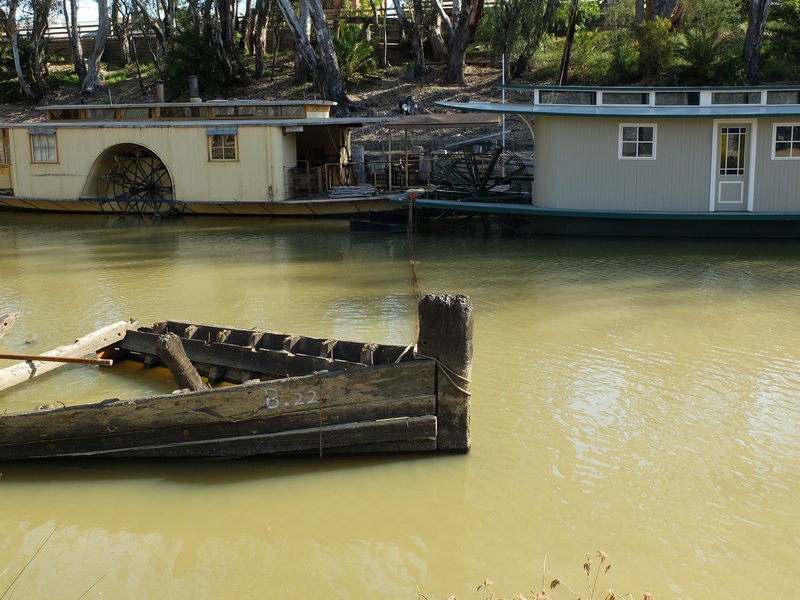 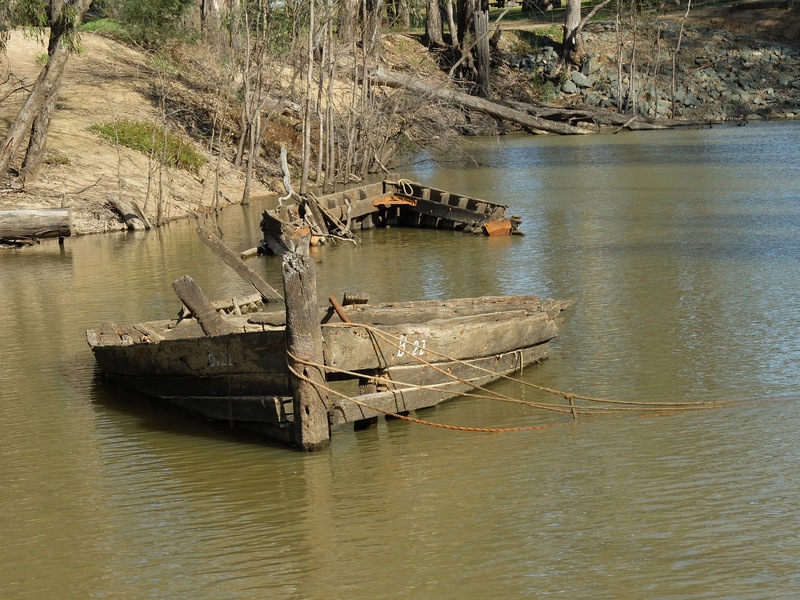 
What is Significant?
The Echuca Wharf was built as part of the Echuca port complex between 1865-67, with later extensions,for the Victorian Public Works Department by G. Dwyer and Co. following completion of the railway from Bendigo in 1864. The wharf is now 75.5 long and is constructed from river red gum felled and milled locally. The wharf is over ten metres high to allow for variations in winter and summer river levels, allowing goods to be unloaded all year round.

The Wet Dock, constructed in 1877 to increase the capacity of the port, sits to the south of the wharf. The dock was excavated from the bank of the river and was formed by sheet piling retained by timber waling and timber piles at 3 metre centres. The wharf formed the western edge of the dock. At the time of construction the Wet Dock was 24 metres wide and over 45 metres long. The form of the dock is intact and is clearly apparent, although only remnant components of the timber structure survive.

The wharf was extended in 1877, 1879 and again in 1884 in response to the increased volume of river trade traffic. (When constructed in 1865-67 the wharf was 92.4 metres long, eventually reaching 332 metres in length following the 1884 works.) Various parts of the wharf and associated infrastructure have been renewed and/or restored throughout the years. Remnant timber pylons (visible only at low water) some distance from either end of the current wharf demonstrate its maximum length.

The wharf was reduced in length during World War II by the Victorian Railways and the original spur railway line to the port was removed in 1971.

The Echuca port facilitated the movement of goods through Echuca from the Murray Darling catchment, which included the rich pastoral districts of the Riverina, to Melbourne. Echuca became the second largest port in Victoria with the Murray Darling river trade estimated to be £5 million in 1882, a large percentage of which being in wool imported into Victoria from NSW.

How is it Significant
Echuca Wharf is of historical, architectural and archaeological significance to the State of Victoria.

Why is it Significant
Echuca Wharf is of historical significance as the only wharf which illustrates the nineteenth century river trade on the Murray-Darling River system. Other Murray River wharves also existed at Swan Hill, Koondrook and Mildura but none of these were of the scale or economic importance of the Echuca Wharf.

Echuca Wharf is of historical significance for its role in the economic growth experienced by the colony of Victoria in the second half of the 19th century.

Echuca Wharf is of historical significance as part of the Port of Echuca which became Victoria's largest inland port.

Echuca Wharf is of architectural significance as a rare extant example of nineteenth century high level timber wharf construction. The extant section of Echuca Wharf dates from 1865 and although altered through maintenance continues to demonstrate the construction techniques required to built such a structure.

The Echuca Wharf site is of archaeological significance owing to the potential for the site to contain important in situ fabric, artefacts and other deposits associated with the development, occupation and operation of the Port of Echuca site.