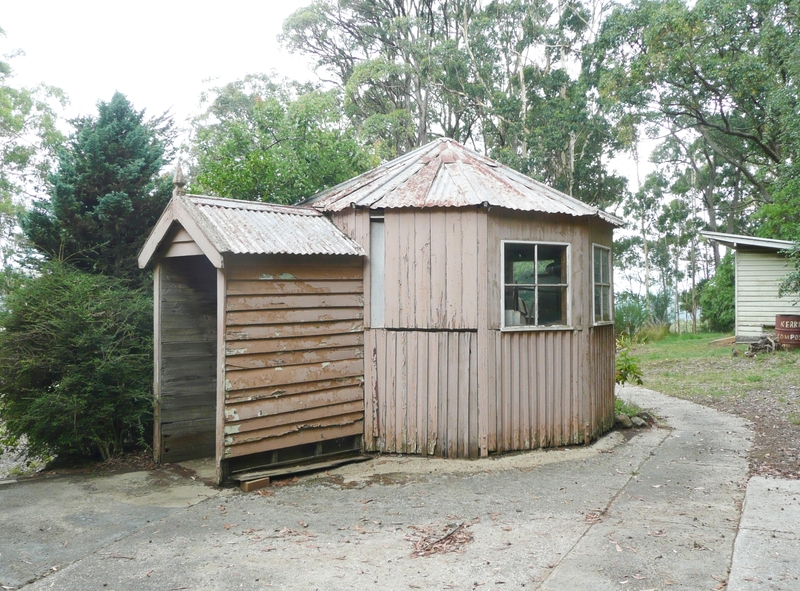 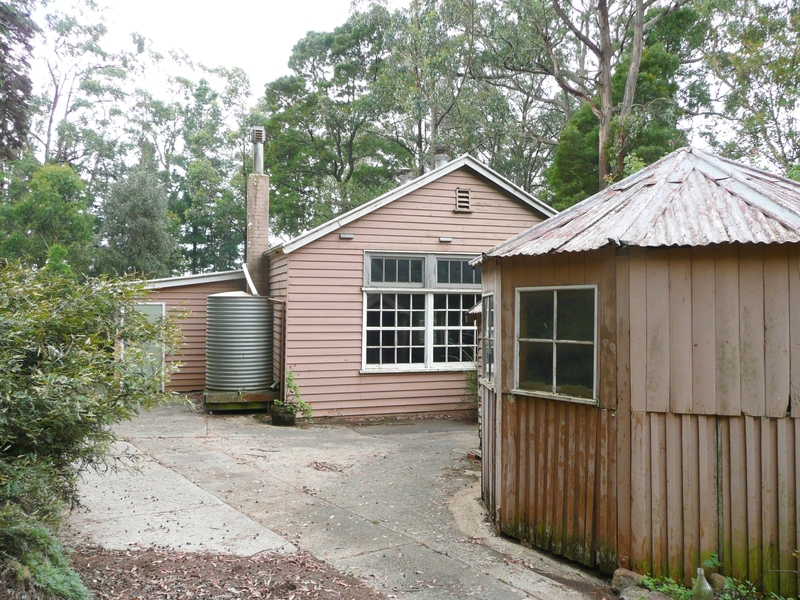 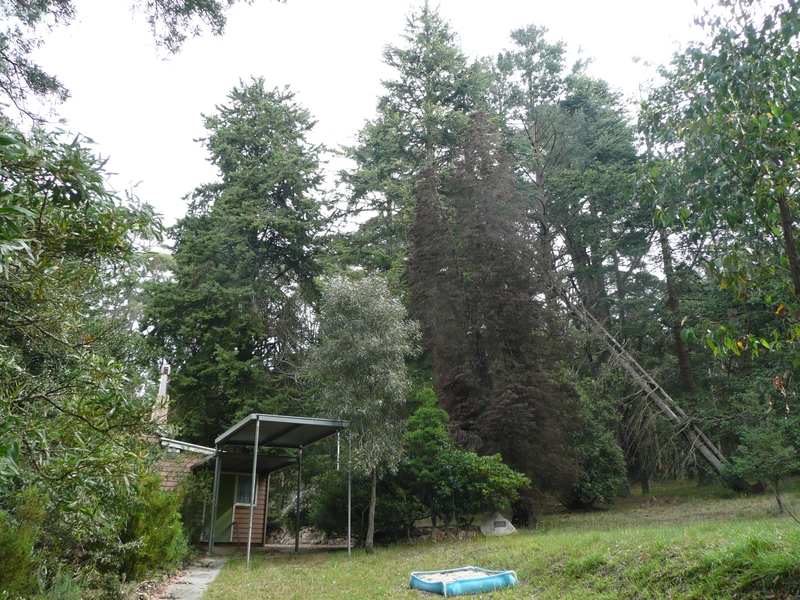 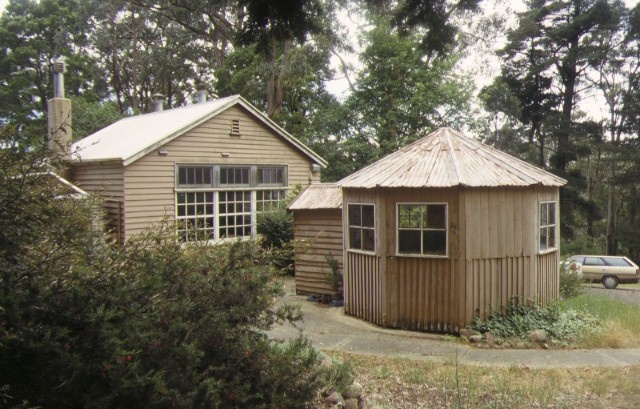 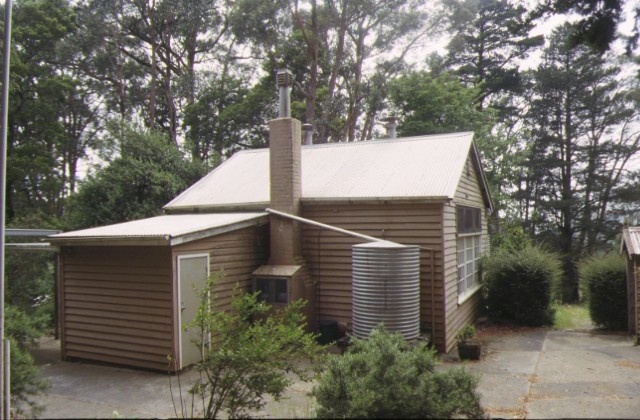 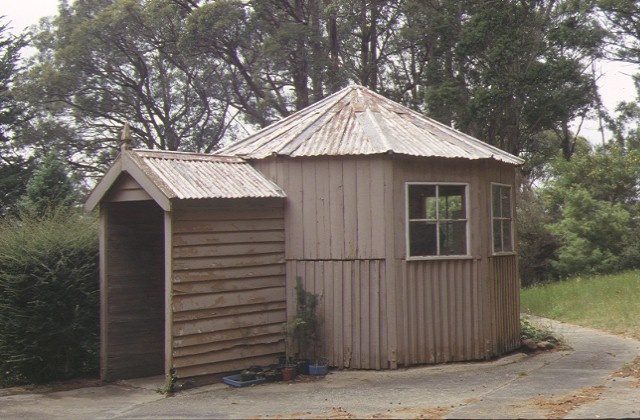 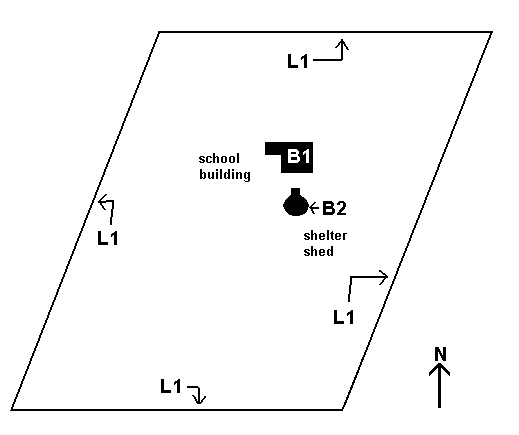 What is significant?
The former Kerrie Primary School No. 1290 was opened as a non-vested Rural School known as the Railway Steam Saw Mills School in or before 1870. The Education Department took over the school in 1874 and purchased a new site on which was placed a portable timber school with quarters and a shingled roof. The new building was completed by March 1877. From 1879-81 the school was known as Mount Hope Saw Mills School but in 1891 its name was changed to Kerrie. The school is a single room weatherboard building with an entry porch added later. The configuration of windows and doors has been altered since construction and the weatherboard cladding is a later alteration. Internally the school has a timber floor, horizontal timber wall lining between main horizontal and vertical timber framing members and a coved ceiling. The site also includes a decagonal shed with a porch directly behind the school building. The decagon shed has vertical timber cladding and a gable porch with horizontal weatherboards and a finial. Both buildings have a corrugated galvanised iron roof. The Red Cedar and Douglas Fir trees which surround the school were planted after world war one, for every man who served in that war.

How is it significant?
The former Kerrie Primary School No. 1290 is of architectural, historical and social importance to the State of Victoria.

Why is it significant?
The former Kerrie Primary School No. 1290 is of architectural importance as a rare example of a prefabricated school building. Kerrie Primary School has been recognised as one of only two Old Style (1875-1879) Early Education Department portables confirmed to remain extant in Victoria. The other example is the former Koolomurt Primary School. The survival of early-prefabricated buildings in Victoria is rare. Although reclad on the exterior with weatherboards the building still demonstrates details common to prefabricated timber buildings. The timber decagonal shelter shed is a rare intact example of an early outdoor structure, once characteristic of Victorian schoolyards.

The former Kerrie Primary School No. 1290 is of historical and social importance as a reminder of the saw milling operations of the late nineteenth century in the area. When it was first opened in 1874 it was known as the Railway Steam Sawmills School. It is of social importance as it indicates the utilisation of public buildings in small country towns. The school was also used as the local Post Office, church and Sunday School and is once again being used as a community building. Kerrie Primary School demonstrates the early and common practice by the Education Department to use portable buildings, because of the ever changing nature of education and populations. The Red Cedar and Douglas Fir trees which surround the school and were planted after World War 1 for every man who served in that war, are an unusual example of a War memorial. Commemorative trees were usually planted as avenues.
Show more
Show less
All information on this page is maintained by Heritage Victoria. Click below for their website and contact details.