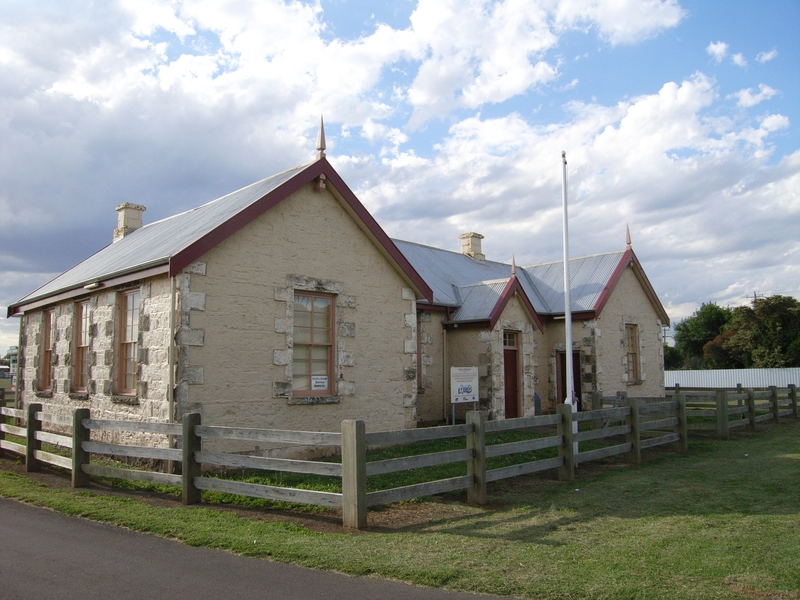 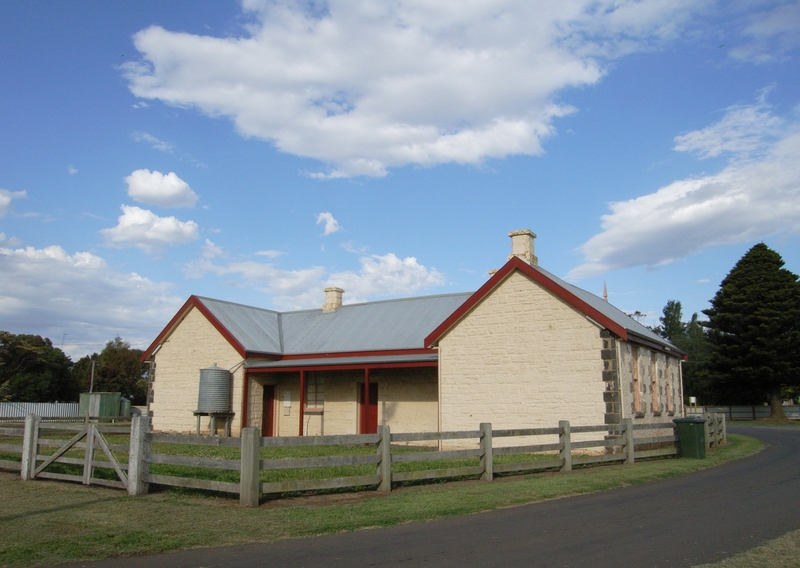 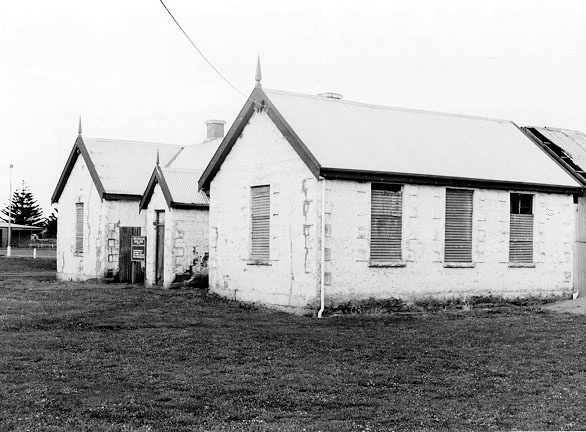 The former common school was once known as the Tower Hill Lake National School No.618 and from 1873 as the Koroit State School No.618. It opened in November 1857. It is now used intermittently by the local fire brigade. The area around the school has been developed as the Victoria Park Recreation Reserve. Tenders were accepted for the limited construction of the combined school and teacher's dwelling at a cost of £750 in December 1856. The school opened a year later. Neither the contractor nor the architect are named in contemporary correspondence.

The building has two pavilion wings and a centre section. The east wing was for teaching; the west and centre section accommodated the teacher. Later the west wing was also used as a classroom and a detached kitchen was built at the rear. When a new school was built in 1878 the old school was converted into a teacher's residence. In December 1879 the Education Department gave it to the police as a residence. From 1885 it was used for agricultural show purposes. Correspondence dated 18 August 1879 describes the building as built in stone with a shingle roof, the "walls are constructed chiefly of Merri stone (a light, weak tufa), with a bluestone (basalt) base, quoins and lintels: there is also "an old wood kitchen and chimney of the same material (detached) ..." the present roof is corrugated iron over the original shingles. Some of the interior fittings have been removed. An extensive corrugated iron addition was built at the rear, early in the present century. The detached kitchen has been demolished.

The Koroit School is one of the very few surviving national schools of which there were about 200 when they were brought under the Board of Education Act in 1862 with about 400 non-denominational schools. Private schools continued to operate independently. None of the other surviving national schools are similar in material, form, or condition the Koroit School was fairly typical of early schools for its symmetrical planning. Later schools tended to be asymmetrical. For architectural and historical reasons the former Common School Koroit is of State significance. The craftsmanship of construction is simple but good. The building's present condition is poor, particularly because of bad drains. Much of the internal fittings have been removed or damaged and a section of the No.2 school room wall has been demolished to open it to the rear extension. The structure is sound however and is not beyond restoration. Because it has been little used over the years the building is relatively intact.