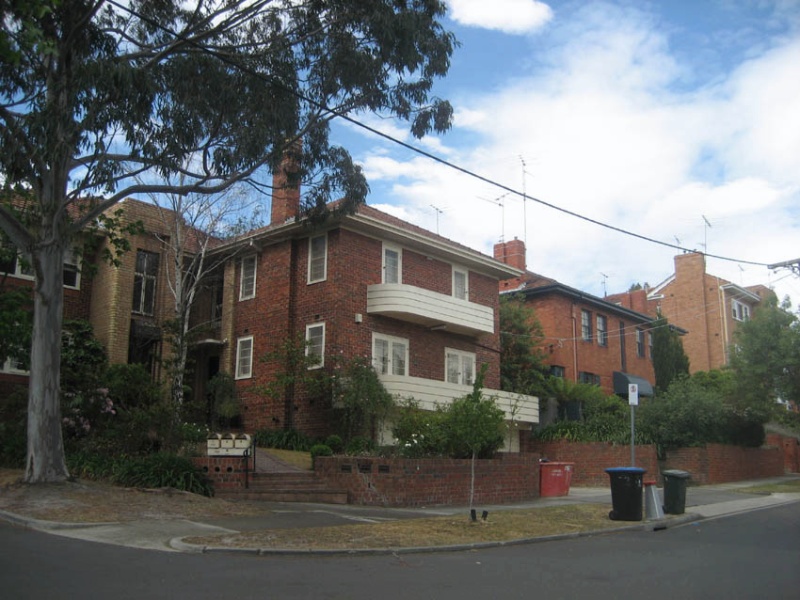 Interwar flats on the north side of Coolullah Avenue. 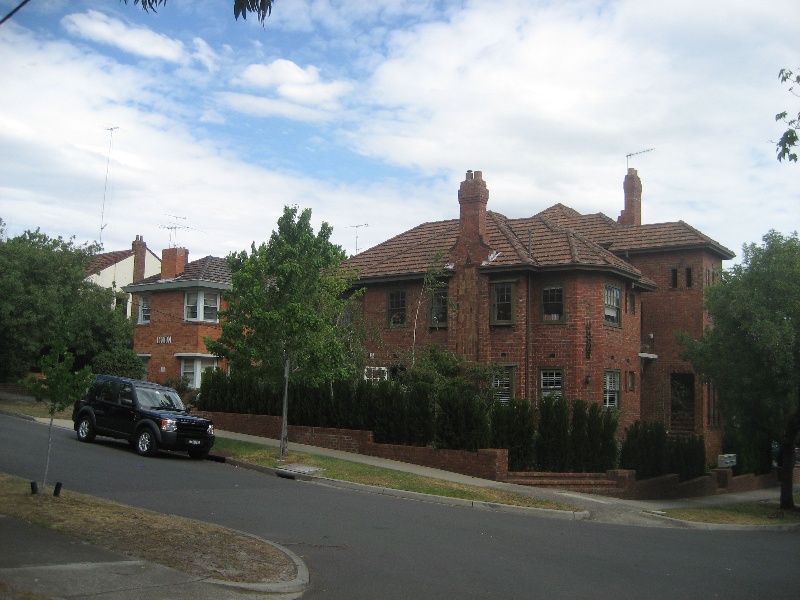 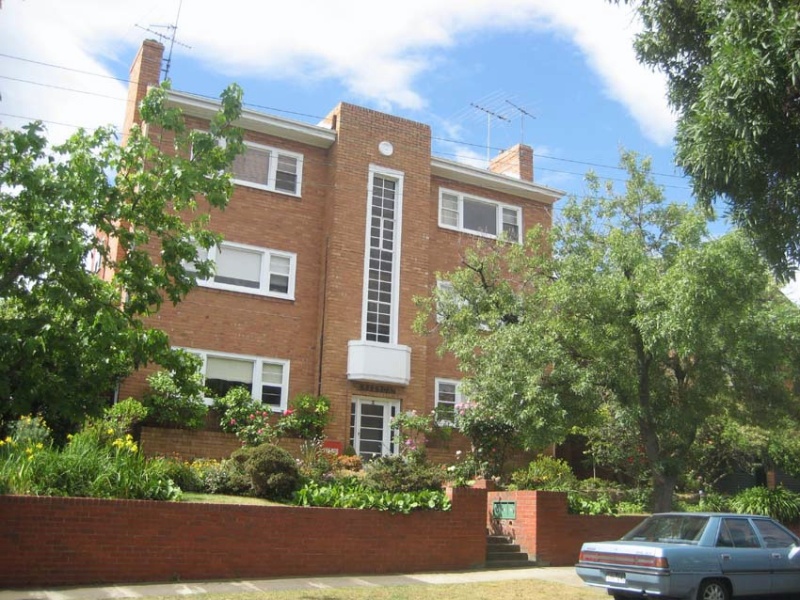 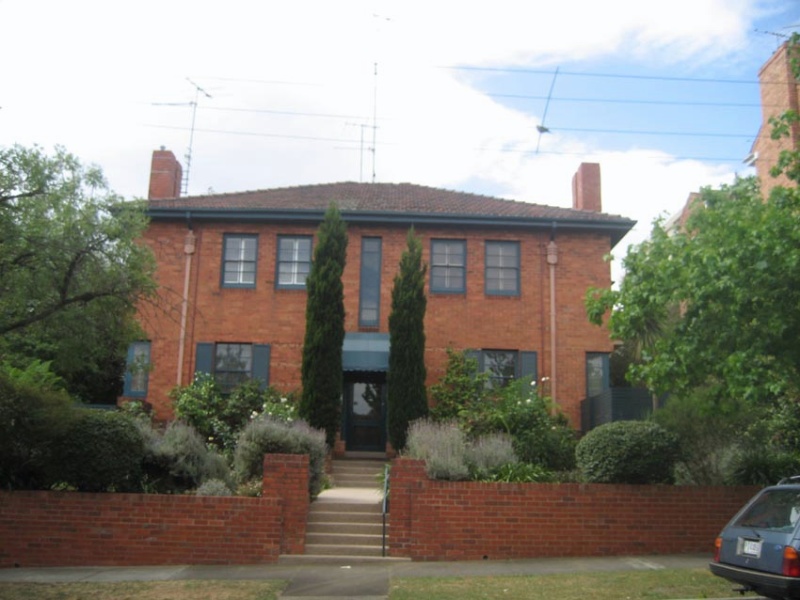 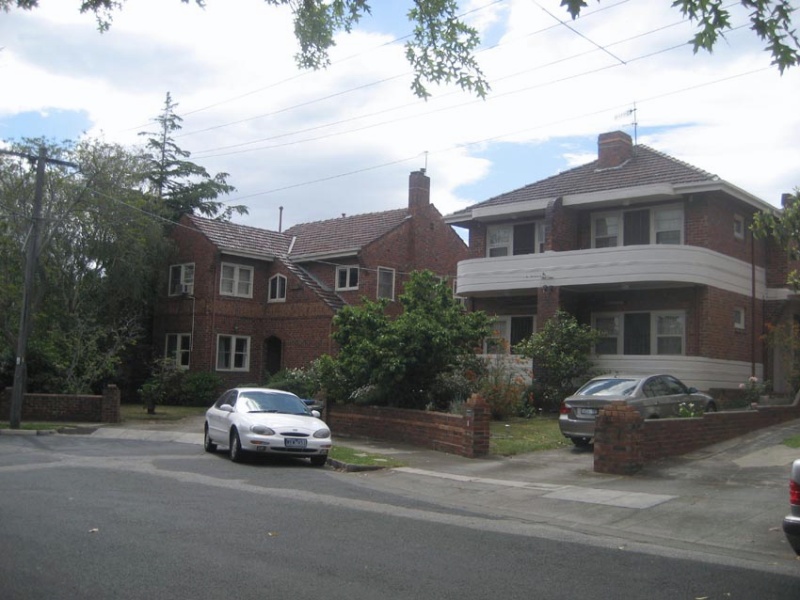 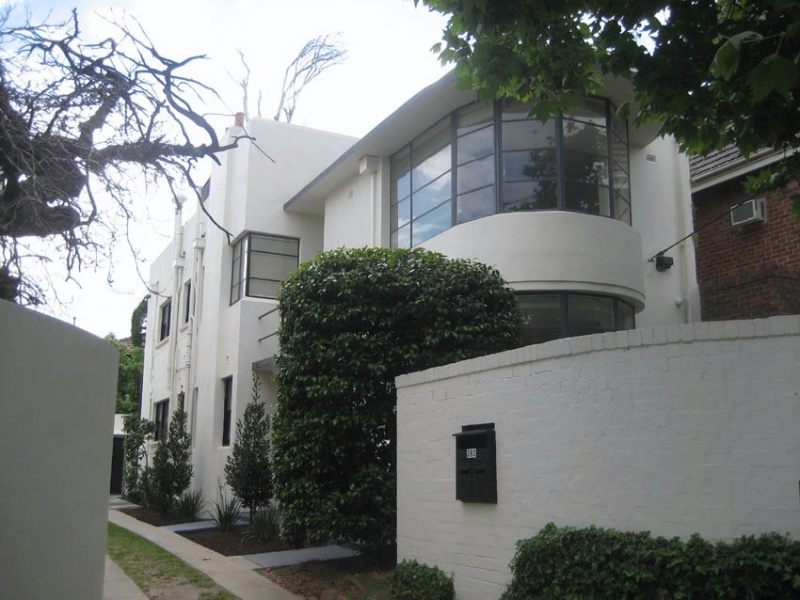 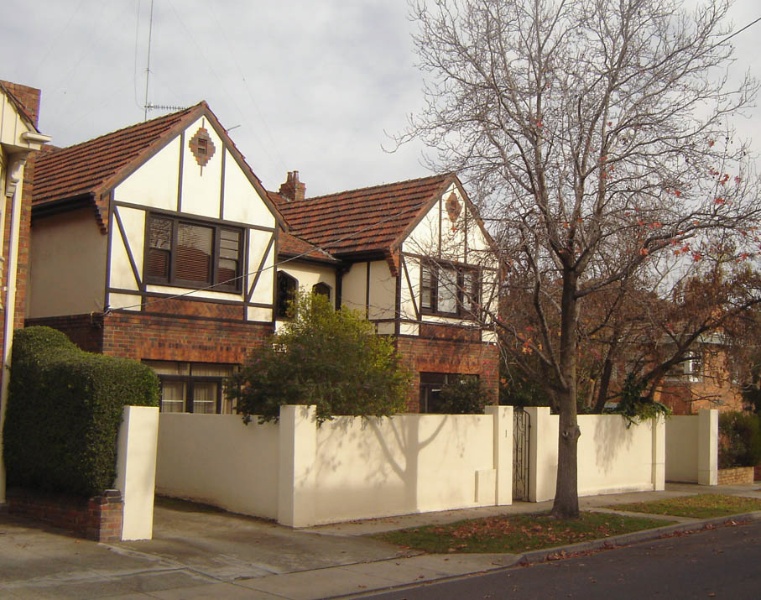 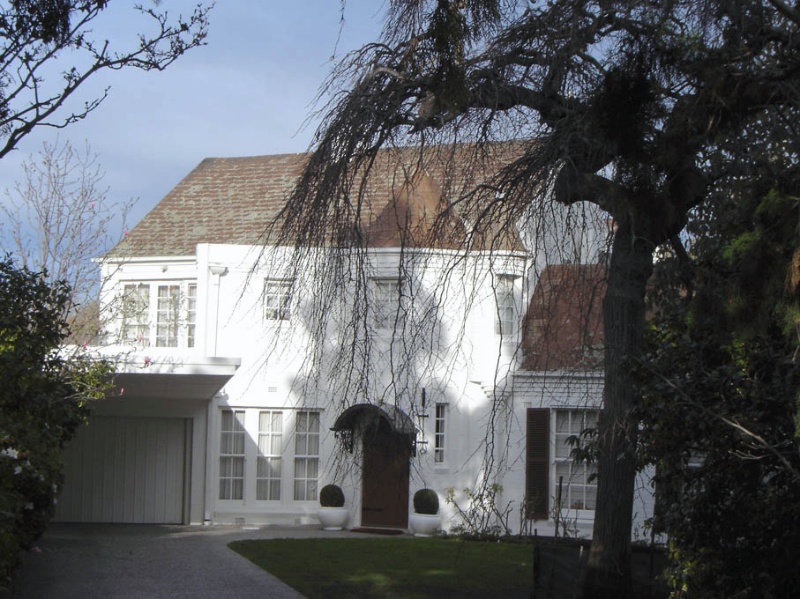 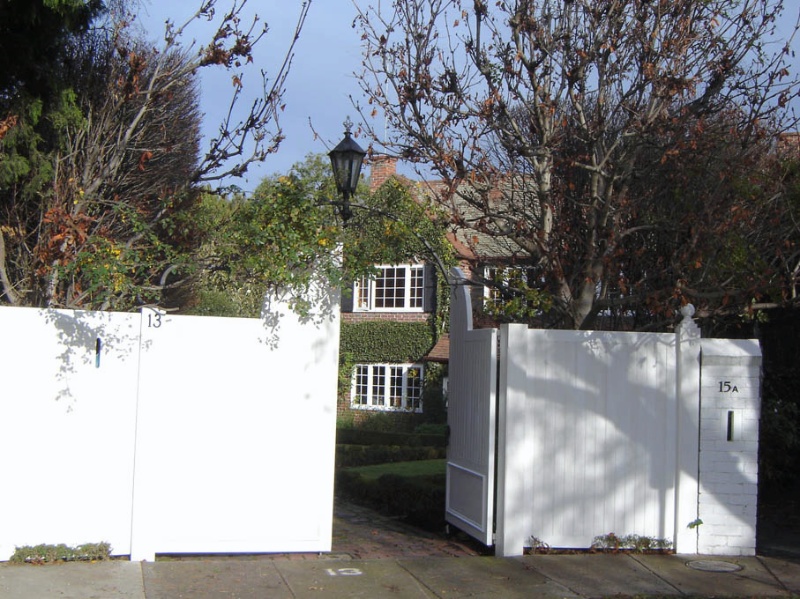 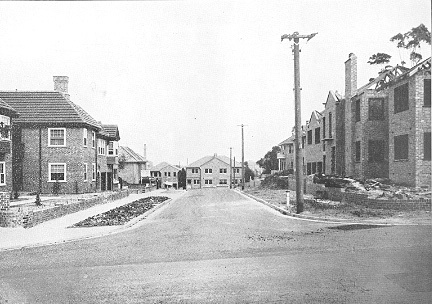 The Coolullah and Quamby Avenues precinct, South Yarra, is an interwar residential area created from the subdivision of two large Victorian era mansion estates and mainly containing blocks of flats and double-storey duplexes and masionettes.

Elements which contribute to the significance of the precinct include:

- high degree of intactness of the area to its c1940 state and the extent to which its development in one main era is apparent;

-the interwar building stock including blocks of flats and duplexes coexisting with a smaller number of detached villas of the period;

- the predominantly two and three-storey scale of built form within the precinct;

- intactness of interwar built form and extent to which original detailing survives. Building stock survives largely unaltered and the area is notable for the general absence of prominent additions and alterations;

- the retention of low front fences in most sections of the precinct;

- generally uniform pattern of front and side setbacks;

- discrete siting of garages and carports at the rear of properties and the abscence of prominent modern car parking facilities in most sections of the precinct.

The Coolullah and Quamby Avenues precinct is of local historical and aesthetic significance.

The Coolullah and Quamby Avenues precinct is of local historical significance as an illustration of the surge of apartment development which took place in Toorak and South Yarra following the subdivision of large Victorian era properties in the 1930s. (Historic Theme: 8.1.3 The end of an era - mansion estate subdivisions in the twentieth century). This pattern of settlement transformed the built environment and social character of the area by replacing the spacious mansions of the wealthy with higher density, lower income housing (Historic Theme: 8.6.2 Developing apartment living). The small number of freestanding villas in the precinct provide an interesting counterpoint to the surrounding apartment development and serve to illustrate the aspirations of the upper middle class of the 1930s.

The Coolullah and Quamby Avenues precinct is of aesthetic significance as a particularly intact and cohesive grouping of flats, maisonettes and villas of the interwar period. It includes work by noted architects J H Esmond Dorney, Geoffrey Sommers and Marsh and Michaelson (Historic Theme: 8.6.3 Architect designed apartments). While individual buildings vary in detailing and display divergent architectural influences including the Moderne and English Domestic revival styles, they nonetheless exhibit a high degree of consistency in terms of their overall form, materiality and scale. The precinct is also of architectural significance for its relatively high proportion of maisonette residences and for the extent to which the designers worked to conceal the multi-unit nature of these buildings with the appearance of large single dwelling villas. The aesthetic significance of the precinct is enhanced by the survival of many original low brick front fences.