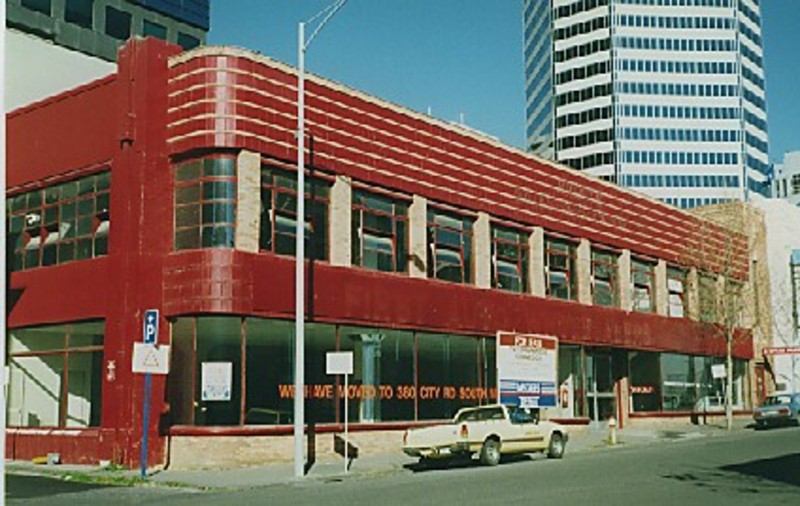 The motor showroom and offices at 111-125 A'Beckett Street were designed by Lionel San Miguel in 1936. This building is architecturally significant at a state level as being a representative example in Victoria, of the popular style that of Streamlined Moderne, having horizontal emphasis with accents of curves. The style of this building followed the precedent of McPhersons in Collins Street west designed in 1934-5 by Keith Reid and John Pearson in association with Stuart Calder. Despite the recent paintwork and the obtrusive air conditioning units, the design continues to express the formula of a vertical entrance feature with triple flagpole support that terminate the horizontal fenestration set in brick and once gleaming terracotta walls.
Classified: 19/09/1991