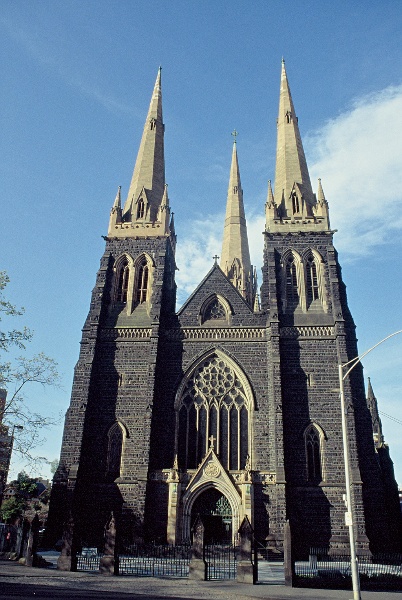 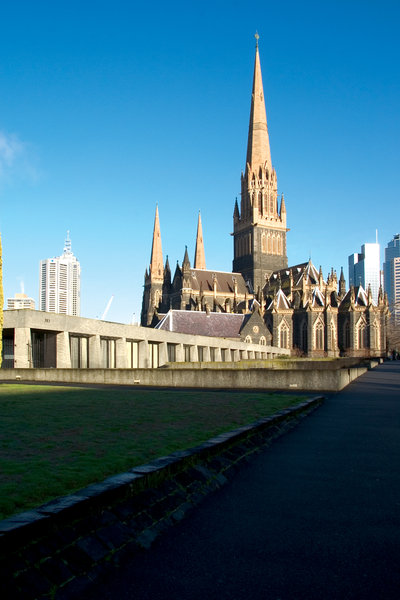 Victoria's largest church building, begun in 1858 to the design of William Wardell and one of his finest and most influential works. The nave and aisles were opened in 1869, while the transepts, sanctuary, chapels and sacrisity were completed in 1897. The three spires were added and the west door remodelled in 1937-39; and the sanctuary arrangements were re-ordered in 1970. This building is of great importance on account of its impressive scale and masterly handling of space. The apsidal chevet chapels, ambulatory and sanctuary, based on French models, are of particular note, and contrast with the earlier English Gothic idiom of the nave.
The bluestone exterior, incorporates flying buttresses and large windows with elaborate geometric tracery. The interior includes stained glass by Hardman and Mayer, carved altars by Farmer & Brindley, together with other local and overseas craftsmen.
Classified: 02/03/1978